What is blowing over from construction site? 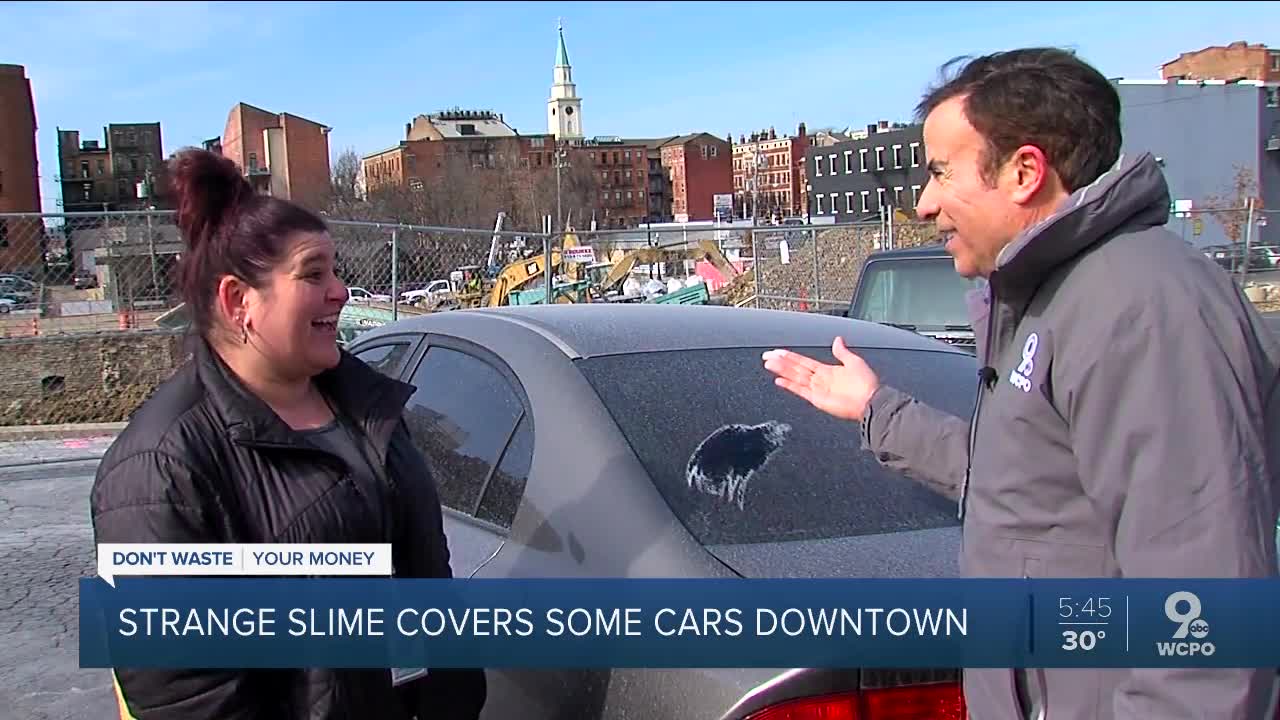 The construction company building condos at 11th and Sycamore say they're stopping their project temporarily to install protective sheeting. 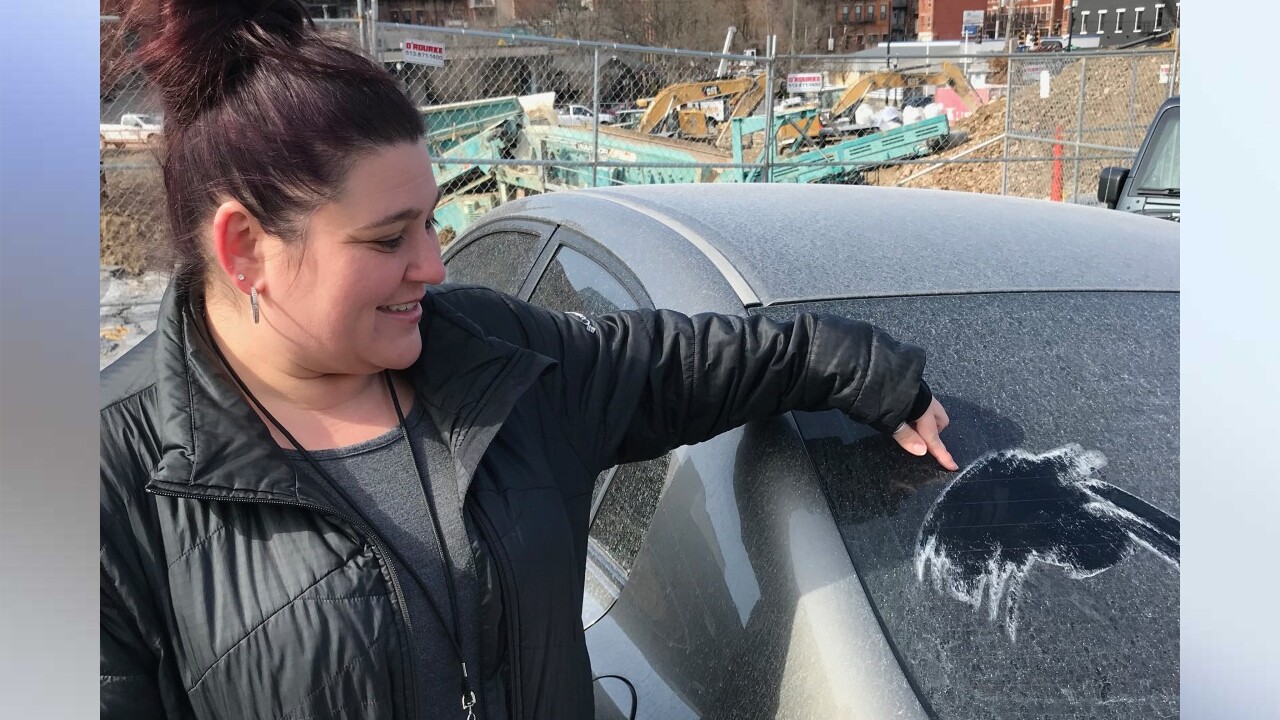 Slime is fun if you're a kid and it lands on you, or if it lands on Jack Black on a Nickelodeon TV awards show.

It's not fun if you're an adult, and it happens to land on your car.

A number of downtown Cincinnati workers say their cars have been covered in sticky white slime several times during the past week.

These Downtown employees are frustrated, saying it takes a lot of scrubbing and cleaning to remove it.

Kim McFarland and others who park at Sycamore and 11th Streets, at the edge of an Over-the-Rhine construction site, say work crews have been kicking up dust, soil and what they believe to be lime.

They say it then blows right onto their cars in the lot where they pay to park monthly, so moving lots isn't an option.

McFarland said her Honda Civic has been hit with the slime.

"You can't see out the window," McFarland said. "Windshield wiper fluid doesn't take it off. I had to scrape to even see out of my window."


At first glance it looks like road salt kick-up from the highway, but it's not. And some people who have driven through a car wash say it does not come right off your car like salt does.

Holly Spille said she had trouble getting the substance off of her SUV.

"It literally would not come off with my windshield washer fluid, with water, scraping, nothing," Spille said. "The only thing I found to take it off was a vinegar and water mixture."

We contacted Al Neyer construction, which is building new condos at the work site on Sycamore Street.

A company attorney told us they are taking steps to remediate the problems.

If a car requires a more expensive trip to a detail shop, however, it's unclear if the company will cover that.

"I kind of like the work that's going on around Cincinnati, but we also gotta think about safety and other people's property," Bedgood said.

The construction company is not commenting on what exactly is in the slime dust, but car owners have heard that construction crews may have been mixing lime powder with soil.

Crews have not started pouring the foundation, so fortunately it does not appear to be concrete dust.

Drivers who have to park next to the site agree slime is fun for kids, not so fun if it's your nice new car. As always, don't waste your money.