9 simple ways to secure your home for less than $50 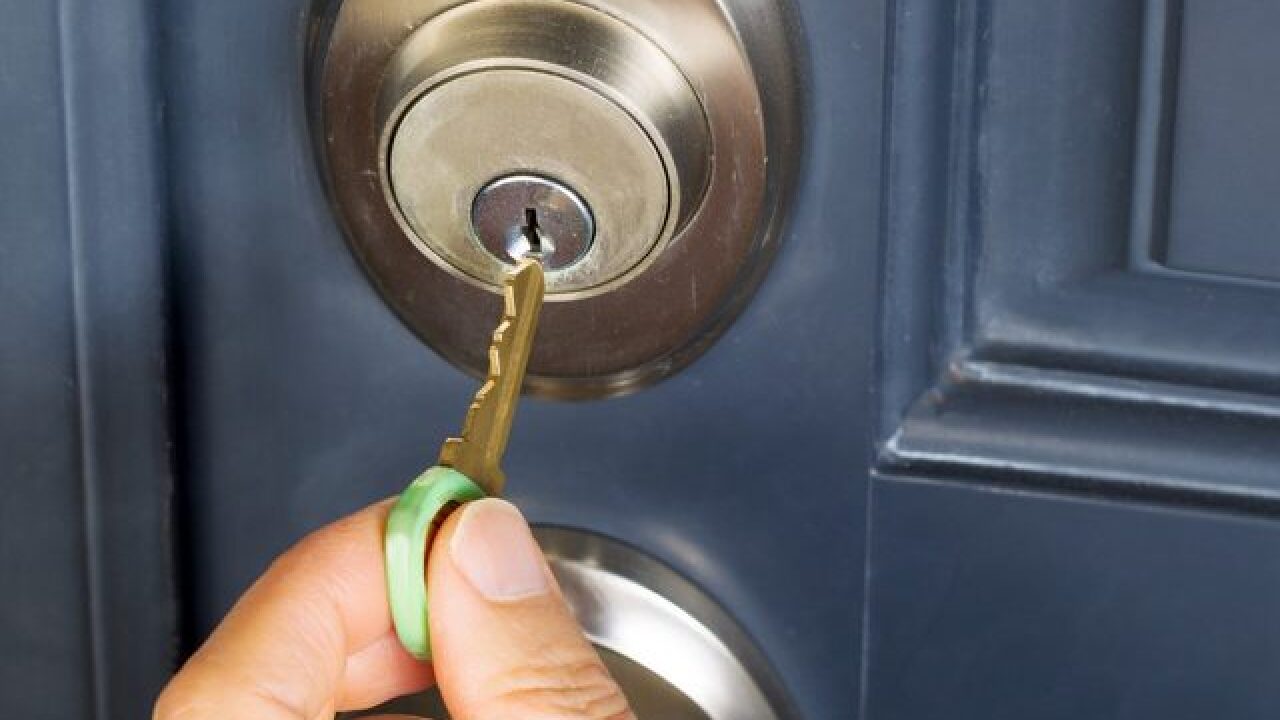 Brandi Boone knows how a home burglary can shake up your world. Two years ago, burglars kicked in the door to her home. This mom of three said the thieves took the necklace and earrings she wore at her wedding. They even stole her wedding ring. If you don't want to see this happen to you, there are ways to protect your home. Locksmith Jim Lang showed us nine easy ways to do it for just a few bucks.

Lang first recommends a $3 front door flip latch  that you can attach to the side of your door. He said it's much more secure than a chain. "No one can open the door when you are inside," he said. That leads to an extra layer of protection for anyone living in an apartment or condo.

Then there's a gadget called the  Door Angel . For as low as $10, it hangs on the lock inside your door. "You put this on once you are inside, and they can't use the key to get in," Lang said. You don't need to drill anything -- which is a no-no in most apartments -- but once you slide it on the lock, you will keep out the landlord, handyman or an ex who might have a key. "Even if they have the key, they are not going to be able to unlock it," he said.

3. Deadbolts On Every Door

Lang says the weakest link in many homes is not the front door, but the back or side door. It's a spot where many people still don't have a good deadbolt lock. He said he is often amazed to see double deadbolts on front doors, but just a flimsy lock in the back of the home. "The back door is where most burglars come in," Lang said. "They don't want to go through the front door and have everyone in the neighborhood see them." If your back door has just a basic lock, Lang said a credit card can pop it right open. He suggests putting a $15 deadbolt on every entry door.

If the screws are short, thieves can still kick your door in. A one-inch screw in a wooden door frame is a false sense of security, Lang said. He recommends  a $1 security fix : an extra-long screw. Lang said he screws a few 3.5-inch screws into the door frame. "What you want to do is put them in your deadbolt so it is almost impossible to break in."

Even stronger, he said, is a $15 night latch  like you'd see in a New York City apartment. It's basically a deadbolt on the inside of the door, that doesn't require you to fully cut through the entire door.

Lang said one of your most vulnerable entryways is your sliding glass door, which he says burglars can lift and slide. He fixes it with a sliding door pin  for just $4. "What you do is put that pin thorough your glass door at the back, so the glass door will not slide and will not go up and down," he said. It's much better than a piece of wood or baseball bat that many people lay in the track of a sliding door. Lang said a seasoned burglar can easily pop that bat out.

Windows are another access point, especially in older homes with old-style wood windows or those 1970s-era homes with cheap sliding windows. Lang said an $8 sliding window lock  lets fresh air in but keeps crooks out. "You can put it on a window so you can't raise or slide it at all," he said. Some people hammer a nail into an old window frame for the same effect, but Lang said that's a safety hazard. You can't get out in the event of fire. Lang said you need to make sure the window lock has a thumb screw you can turn in the event of emergency.

As for your garage, that hanging emergency cord you pull if the power goes out is a target for any burglar with a coat hanger. They can reach in, grab it and unlock the door. But it costs you nothing to secure it. "Tie the cord up -- or use a sandwich bag tie -- so you can't grab it and put it up through the garage door," Lang said. That's another fix for less than $1.

If you don't have a window right next to your front door, it is frightening to hear a knock after dark. You may have seen ads for the $200 Ring WiFi doorbell . It's effective, Lang said, but he points out that an old-fashioned peephole will set you back just $7. Lang was able to secure a vintage, suburban home that was built in 1980 for less than $50, which is certainly a low price for a lot of security. And that way you don't waste your money. __________________ “Don't Waste Your Money” is a registered trademark of Scripps Media, Inc. (“Scripps”). The information included in this article was obtained independently by Scripps reporters. While purchases from links inserted in this article may result in a commission for Scripps, no Scripps reporter benefited from that commission. "Like" John Matarese on Facebook Follow John on Twitter ( @JohnMatarese )