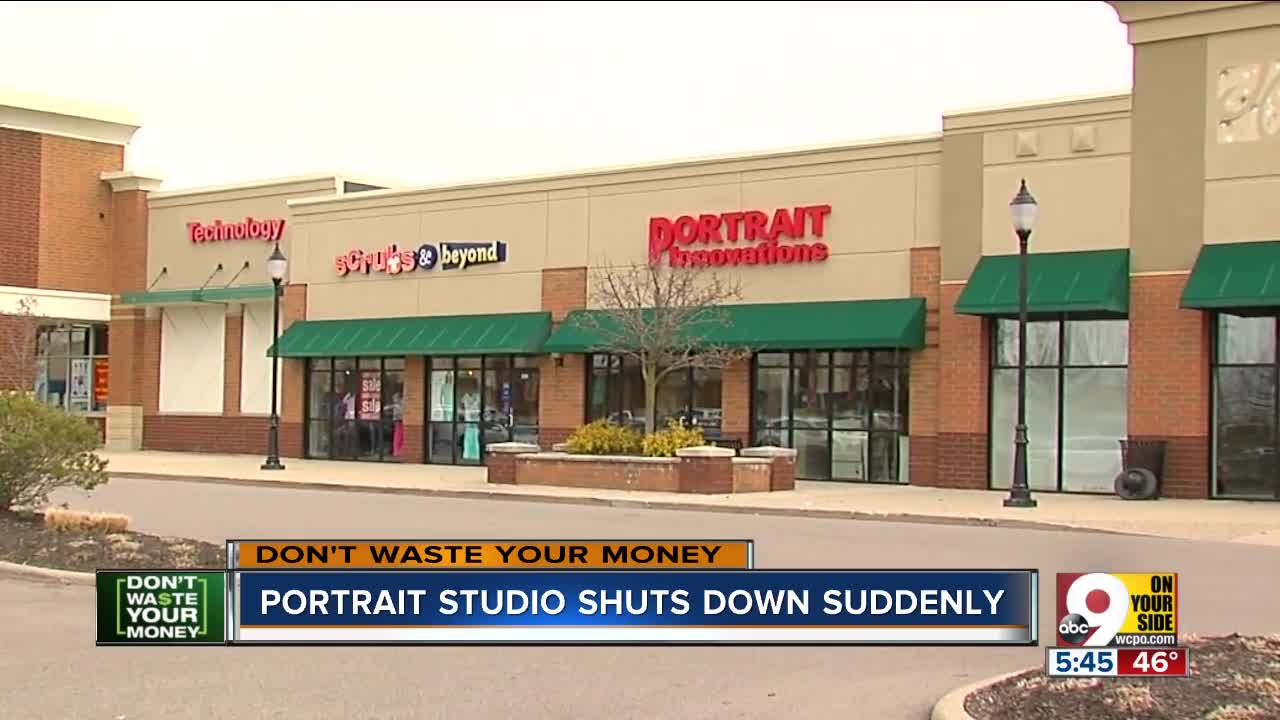 A popular portrait studio chain has shut down without warning, leaving customers around the country with no refunds and, more importantly, no family photos.

A popular portrait studio chain has shut down without warning, leaving customers around the country with no refunds and, more importantly, no family photos.

Brittney Stewart showed us the proofs and receipts she has from a $200 family photo session that was supposed to include a framed canvas print for her wall.

But she and other customers of Portrait Innovations are now faced with locked doors and closed stores. And, worse, no photos.

Everything seemed fine a month ago, the Blue Ash, Ohio, woman said. "I got an email. A week later I went to pick the photos up and the store was closed."

It turns out the Charlotte, NC-based chain has closed up all of its nearly 100 locations around the country, according to news reports from its hometown.

Stewart tried calling other stores, but says "they were all closed. Got busy signals on all the phone lines, no Facebook, anything." Even the website is down.

The studios closed so suddenly that they just left boxes of photos, canvasses, pictures all just lying around. No one even bothered to clean up.

What customers can do

The Better Business Bureau has put out an alert, telling customers to contact their state attorney general or a lawyer.

Stewart just wants the canvas portrait she paid over $100 for, though she also worries about employees.

"I don't know that they knew they were closing, if they had any notice," she said. "So they are dealing with something worse than I am."

We were unable to reach anyone with Portrait Innovations, which went through bankruptcy in 2017 and has been struggling financially according to the bankruptcy filing.

We are trying to contact the owners of Voice of America Center in West Chester, to see who might have access to the store and the photos inside.

One last tip: Always pay for a photo session by credit card so you can dispute the charges if something goes wrong. That way you don't waste your money.