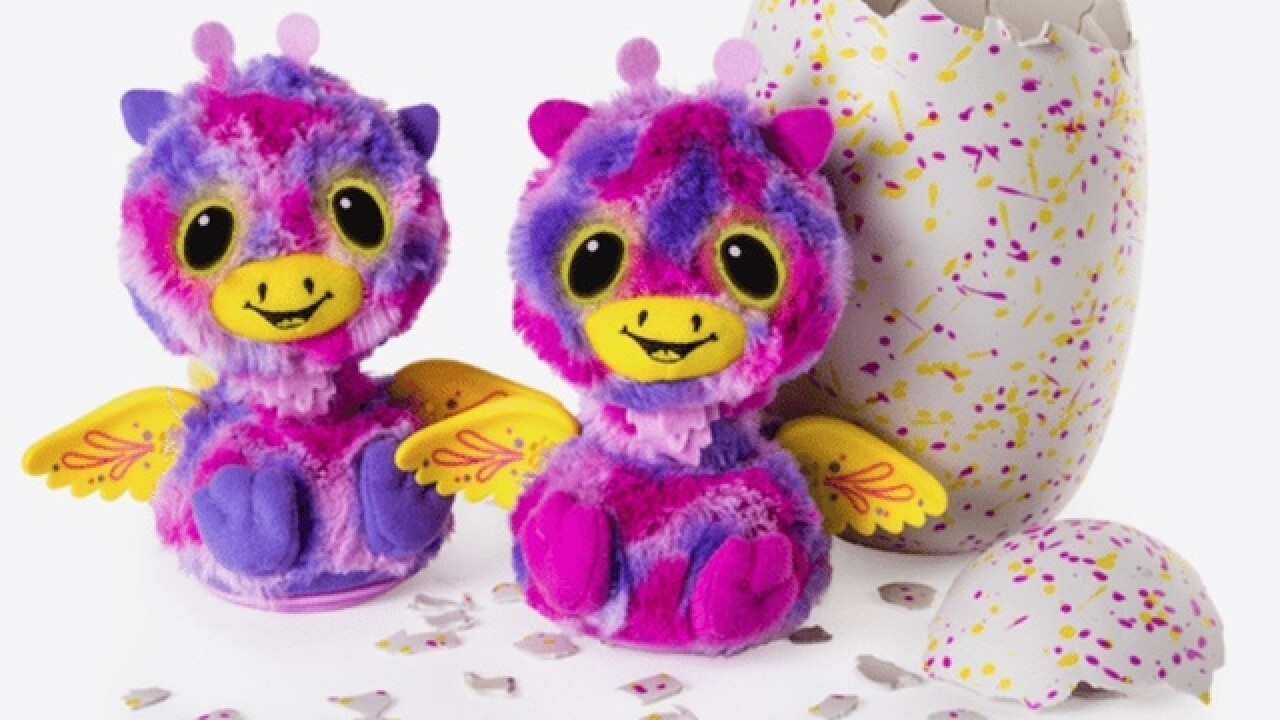 Copyright 2017 Scripps Media, Inc. All rights reserved. This material may not be published, broadcast, rewritten, or redistributed.
<p>The new 2017 Hatchimals.</p>

Just when you thought the Hatchimal craze of 2016 was long over, here we go again.

Toy experts expect the new Hatchimal Surprise to be the hottest, hardest-to-find toy of the 2017 Christmas season.

Why? Because it is.

You may recall that parents lined up for hours outside Toys R Us stores in the middle of the night last December, hoping to get their hands on the hatching egg with the little baby bird inside.

Tight supplies made demand soar and caused prices to spike in the hundreds of dollars.

Spin Master, the manufacturer, has decided to try to catch lightning in a bottle twice.

So it has just released the new Hatchimals, featuring not just one furry creature but two inside the egg. You would think they would call it "Hatchimal Twins," but they decided on "Hatchimal Surprise" instead.

Read more about the new Hatchimals in this Simplemost report .

The "surprise" might be how hard it already to find them, and it is only mid-October.

On Amazon,  resellers are asking $104 and up for the $69 toy. (Don't be fooled by the $59 Hatchimal Glittering Garden, which is not the same thing.)

If you have young ones, they may not have heard of the new toy yet, but they will in the coming weeks. So you might want to anticipate it now, and buy one at list price if you can find one.

Otherwise, expect a frenzy, and soaring prices, by Black Friday.

Also ask yourself how badly your child needs a Hatchimal. Many children got bored with theirs by new Years Eve last year, and that hard-to-find bird has spent the last 11 months gathering dust in their closet.

We interviewed a girl who said it was "kind of boring."

Maybe you could just take it out, give it some new batteries, and put that under the Christmas tree....just sayin'.

As always, Don't Waste your Money.

Sign up for John's free newsletter  by clicking here