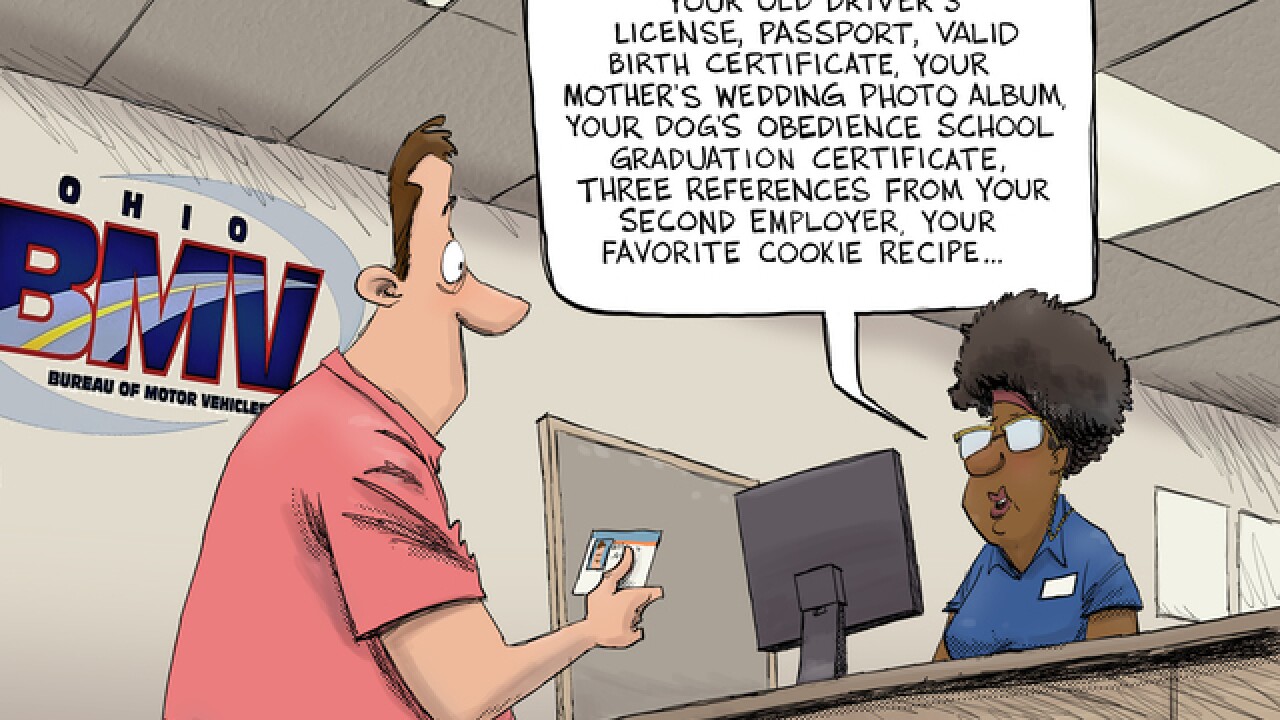 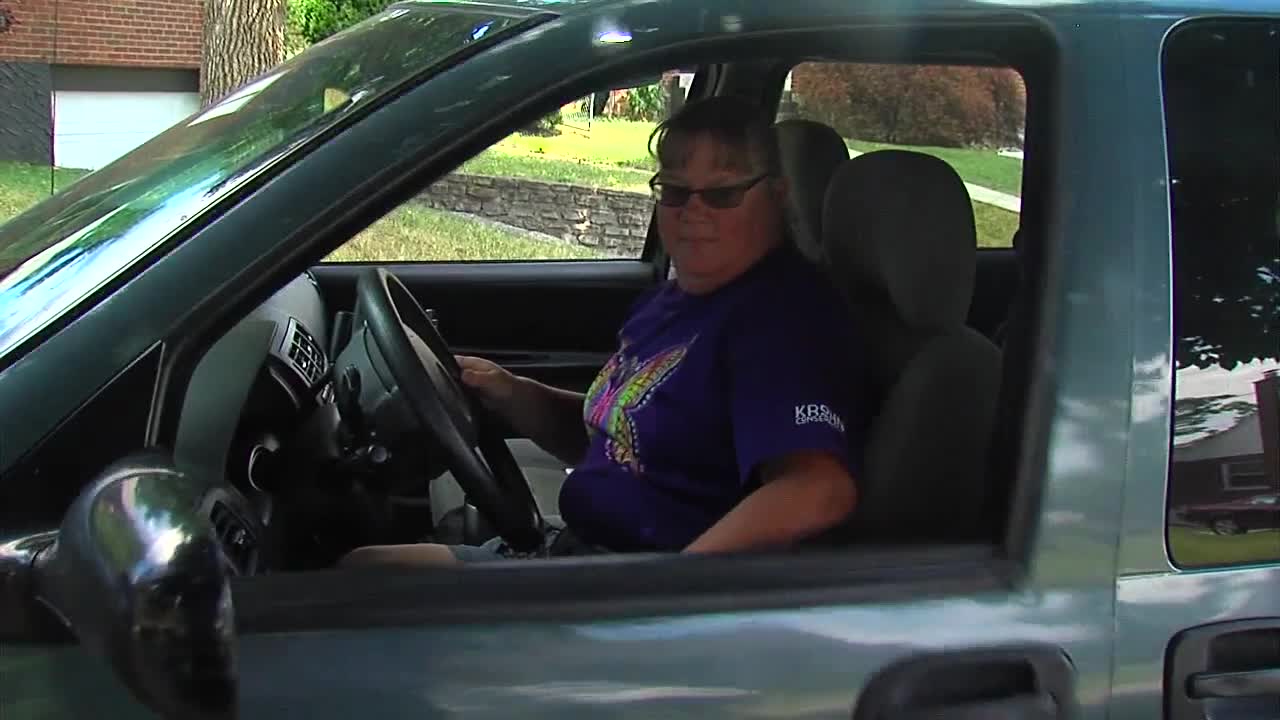 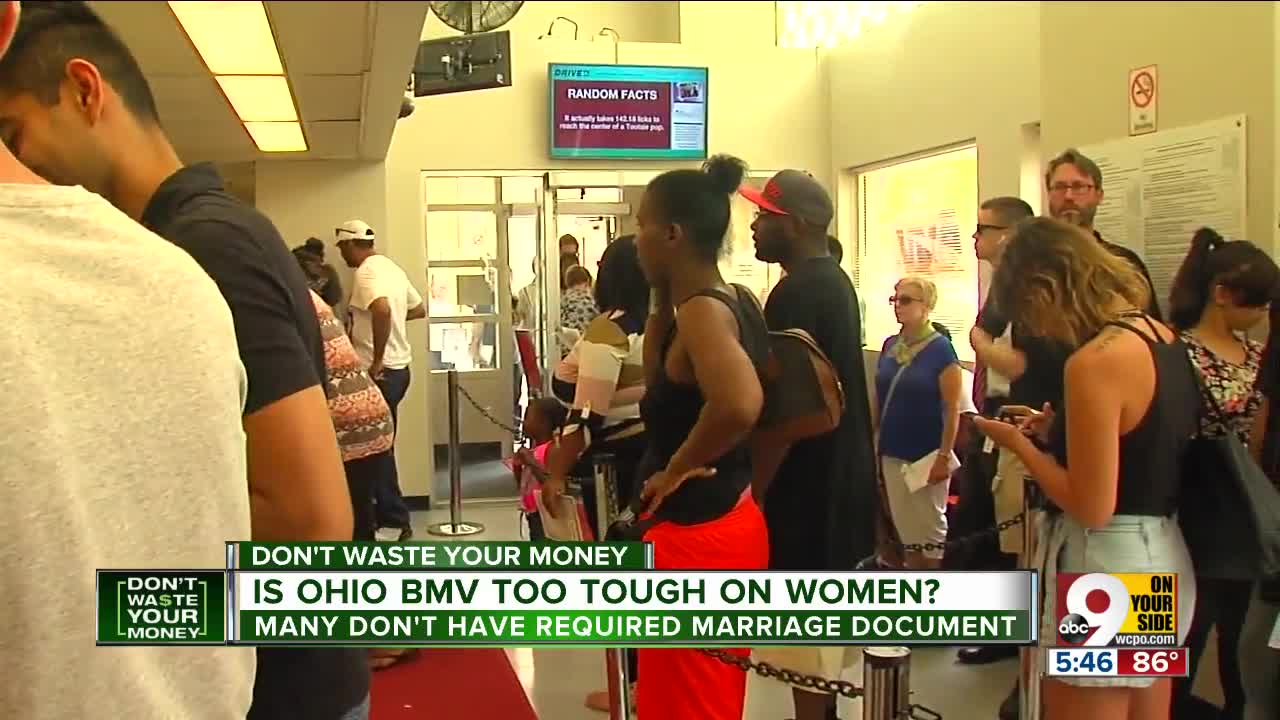 Is Ohio's Bureau of Motor Vehicles being ridiculously unfair to married women?

That's what a number of them say after learning of the hoops they need to jump through to get a new driver's license.

Amy Schwab, of Westwood, thought she had all the documents needed for a new TSA-compliant Ohio driver's license.

After reading the rules on all the new identification required, she headed to the local BMV office with proof of her legal name, date of birth, her Social Security card and several bills showing her Ohio residence.

Only one problem: Schwab got married and changed her maiden name almost 30 years ago. Turns out that is a big problem for her and many other women who don't have an official marriage license handy.

"They said, 'Well, if you changed your name at all, we need something saying when that name change happened,'" Schwab said.

Even though her Social Security card shows her married name, the BMV clerk said she needed to bring her marriage license.

"I suppose I have my marriage license," she said. "Somewhere in my house, in my papers, from 28 years ago. Who knows where it is."

Your marriage license may not be good enough

But even that decades-old document may not be enough. The problem, more and more Ohio women are learning, is the marriage license you got years and years ago may not be adequate to prove you changed your name.

Steve Neago, of Milford, is furious over what he and his wife learned after several calls to Columbus BMV headquarters.

"There are actually two different kinds of marriage certificates," he said. "We have the decorative one."

His wife, who did not want to appear on television, brought her marriage license to the BMV, thinking that was proof of name change. The embossed document had "Marriage License" in gold leaf print and said Hamilton County, Ohio on it.

But it turned out that marriage license is not enough proof.

"They say my wife's maiden name on her birth certificate doesn't have a proper legal trail showing her name change," he said.

We checked with the State of Ohio Department of Public Safety -- which oversees BMV offices -- and learned you need a certified marriage license from your county's Probate court, with an embossed and signed clerk's seal.

If you are divorced, and changed your name in divorce, you will need an official court document showing that.  The state's BMV website  lists the types of ID that are required.

Don't have it? You'll need to get a copy from the court, which costs less than $5, but it's a time-consuming hassle for many people.

If you were married out of state, you will have to ask that other state to mail you a certified, notarized marriage license. Good luck with that.

Neagle says it is ridiculous.

"We've been Ohio residents all our lives. We have lived in the same house 25 years," he said. "Why is it the state can't find where we are?"

Neagle's wife, like a growing number of married women who changed their name on their wedding day, cannot believe the marriage certificate that was good enough for the federal government to give her a U.S. passport and a new Social Security card is not good enough for the state of Ohio.

Click here  for answers to FAQs about new Ohio licenses.