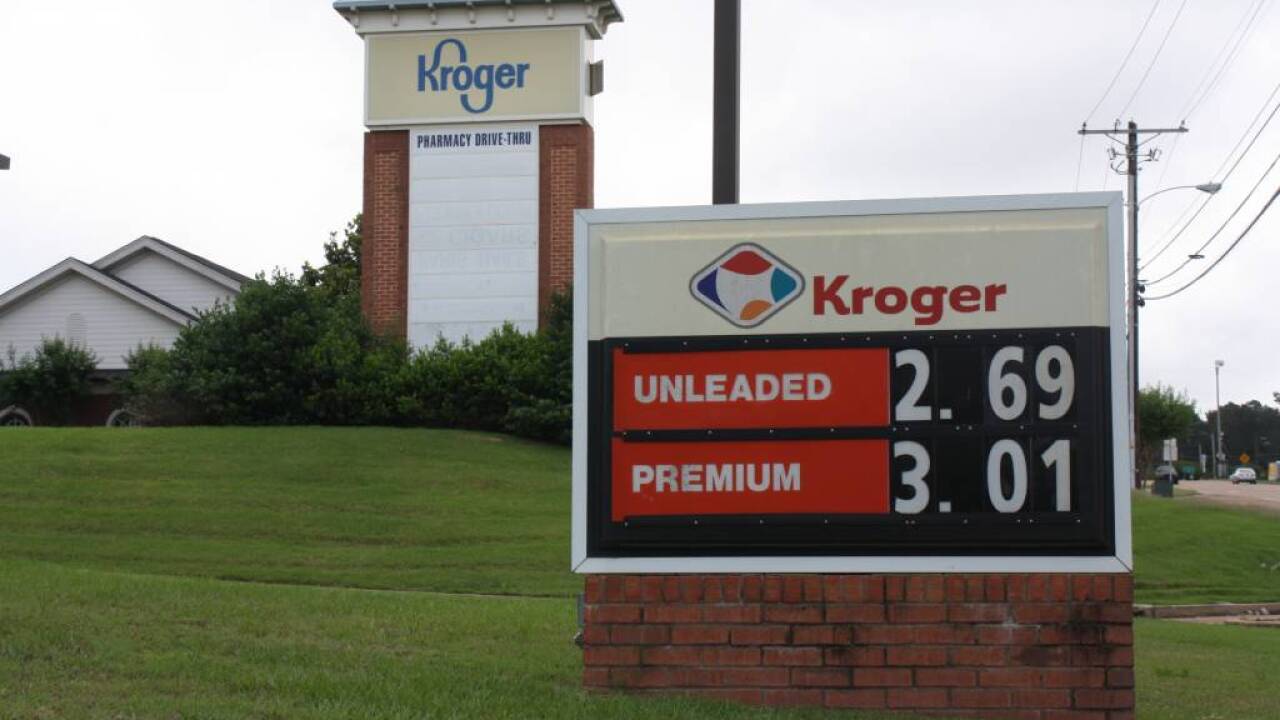 Drivers pulling up to the Kroger fuel pumps in Norwood this week got a surprise: brand new chip card readers on the pumps.

Finally, he said, it appeared to have read the chip in the card.

"Maybe. Seems to have worked," he said.

And that is the change you're going to notice, when your Kroger station makes the switch to the new chip readers.

When you put your card in, you're going to have to wait 10, 15, or maybe even 20 seconds for the machine to read your card. No more one second swipe.

In the meantime, you may not be able to pull the card out, while the pump is reading it.

The chip readers are welcome news to Debbie Weaver, whose card had been skimmed in the past.

"It's just been so much with people putting in the fraudulent machines that takes your numbers," she said. "If you've ever been a victim of ID theft, you're very leery about a lot of things."

Kroger announced last year it will be converting 10,000 of its gas pumps, at 2,000 stations, to EMV chip card technology.

It is considered much more secure than the magnetic stripe, which dates back to the 1970's.

A WCPO check found the new card readers at Kroger in Norwood and in West Chester, though our check of Oakley and Hyde Park Kroger gas stations found only the old swipe readers there.

Brian Garrity, while a bit frustrated by the slow process, says it's worth it for peace of mind.

Chip readers are also going up on Speedway gas pumps this summer, to make filling up safer there.