Fans speculate on what the markers could mean 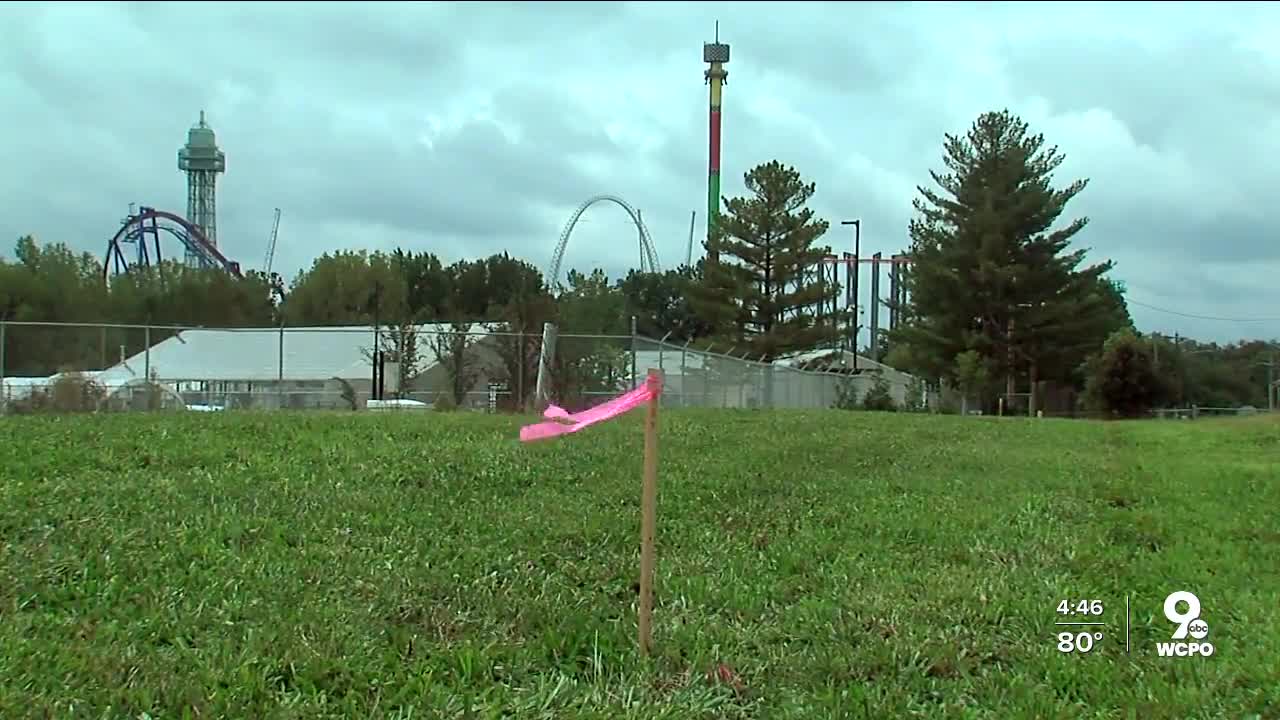 A new Kings Island mystery has theme park fans buzzing. Mysterious flag markers have been popping up all around the front of the park. 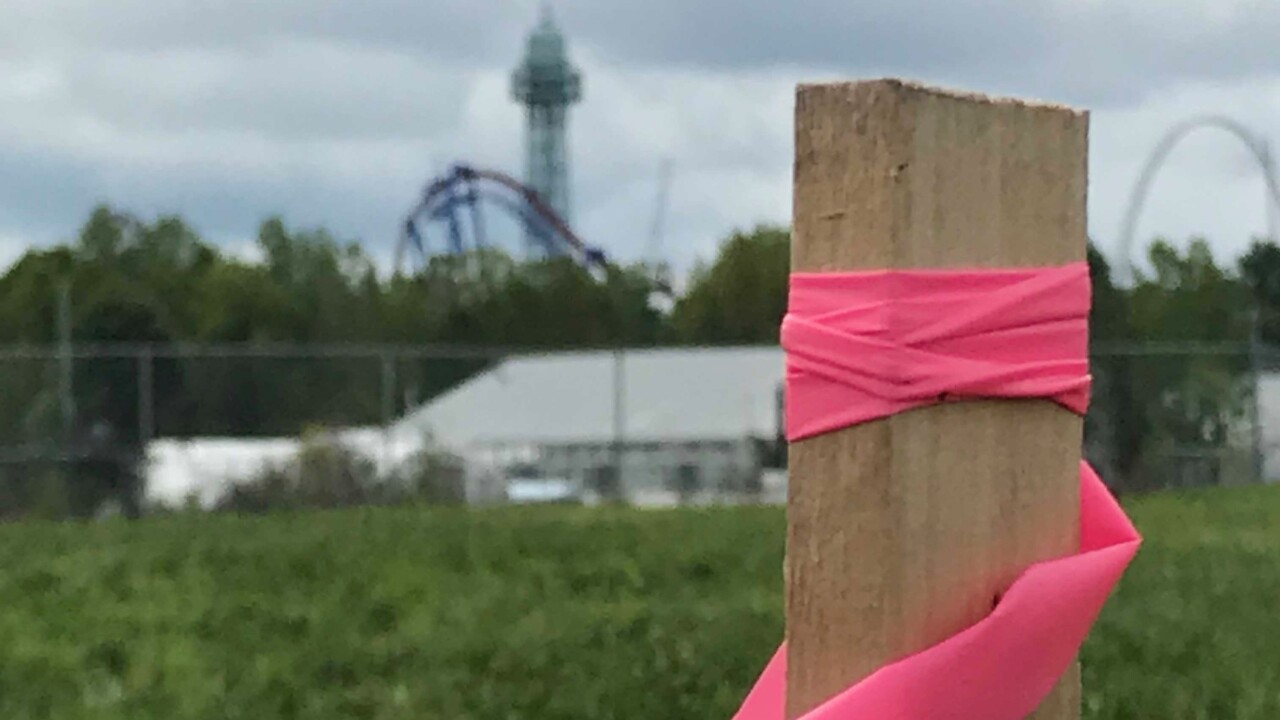 Mysterious flag markers have been popping up all around the front of Kings Island the past two weeks.

The website Coaster Nation has posted photos of pink and orange flags from Great Wolf Lodge to the park's walk-in entrance, near the temperature check tents.

Josh Tyler of the YouTube channel FYE Coasters wonders if the park may soon get an updated entrance.

"I would think we will see something in the next five years or less, because Kings Island is due for an updated new front gate," Tyler said.

Could it be a new ride?

But Coaster Nation speculates a new coaster could be coming to the front of the park, like the Gatekeeper ride at sister theme park Cedar Point in Sandusky, Ohio.

Or (it speculates) the steam train could be extended into the parking lot, as Walt Disney World's train does.

Theme park enthusiasts love guessing about what could be coming next to a popular park, and when they see things like this, their imaginations know no limits.

Coaster Nation says it is finding other strange things in the park. The site has posted photos of the lights back on at the old Son of Beast station again, apparently for the first time in years, as well as orange markers on the Son of Beast electrical box.

Perhaps the abandoned S.O.B. station will come back to life as a station for another ride? After all, park fans know Son of Beast is the legend that won't die.

But FYE Coasters' Josh Tyler is skeptical because Kings Island just got a new $30 million giga coaster this year.

"We just got Orion, and with COVID and everything, it could be a while, unless it is already paid for," he said.

It appears he is right.

Kings Island spokesman Chad Showalter threw cold water on the speculation, telling us: "The markers going up on Kings Island property are related to public waterline work that Warren County is planning to do in 2022."

But we wanted to double-check, so we contacted the Warren County Water and Sewer Department, where head engineer Chris Brausch confirmed the flags are the beginning of a $1.2 million water pipe project.

That appears to mean Kings Island will not be getting a new entrance coaster, train, or any ride, at least for the near future.

Of course, that doesn't explain the electrical work at the old Son of Beast station, which means fans will keep on speculating on this latest Kings Island mystery.

UPDATE: Coaster Nation responded to our findings by saying there may be more to this than meets the eye:

“Our team at Coaster Nation thinks the water pipe project could just be a deterrent from the real project, and/or there are multiple projects side by side. There are numerous markers indicating a potential excavation on the edge of the preferred parking lot.

The electrical work and light testing around the former Son of Beast site lends several members of our team to believe that the station may be demolished soon. Fans can stay in the loop by visiting the Coaster Nation article on our site as we update it frequently with the latest developments.”