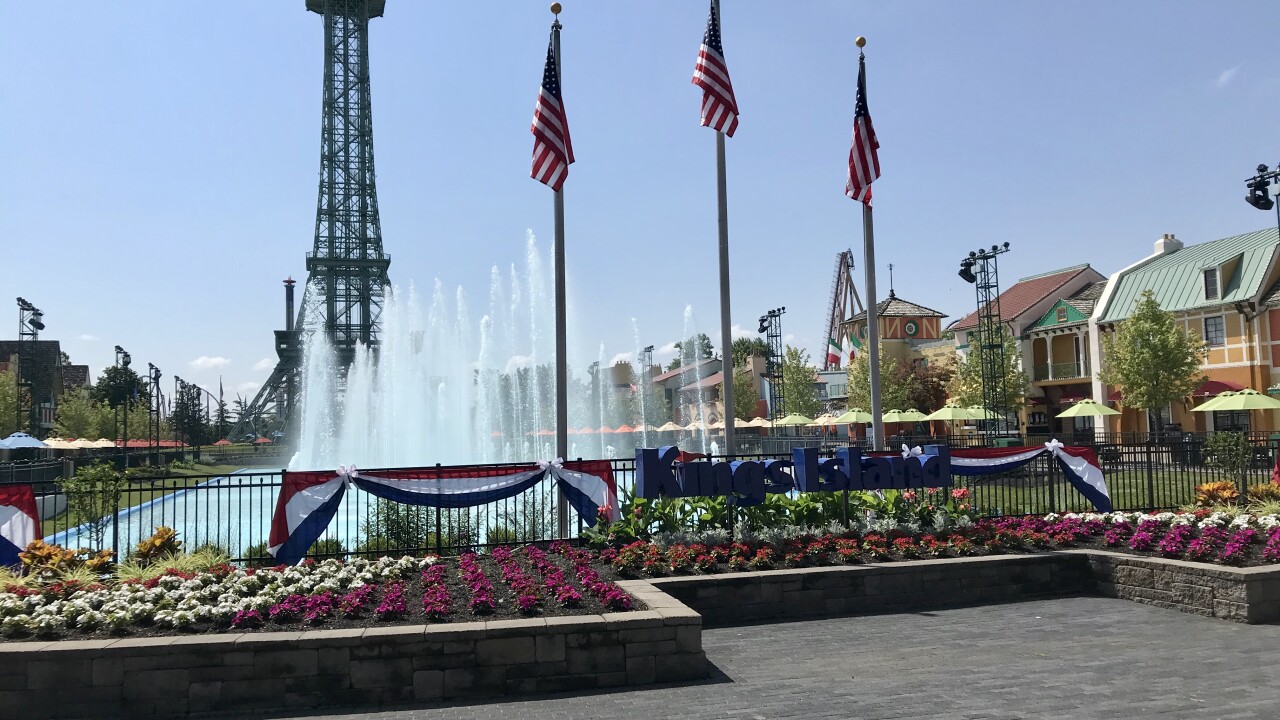 MASON, Ohio — Three weeks after opening to limited crowds and a slew of COVID safety measures, Kings Island is dropping one of the most confusing aspects of this summer's operations: its advance reservation system.

The Mason, Ohio, theme park announced on its website Monday afternoon that online reservations are no longer required.

While the park does not discuss attendance figures, enthusiasts on the KI Central forums believe the change is due to small crowds in recent days. Dollywood in Pigeon Forge, TN, dropped its mandatory reservation requirement this past weekend.

Those recent crowds did not appear to be close to the park's pandemic capacity of roughly 10,000 guests, based on the number of open spaces on the reservation site.

Before the pandemic, the park typically operated with around 30,000 guests per day, according to theme park consultant Dennis Speigel.

Kings Island has been limiting crowds since its July 3 opening, but it appears that face mask requirements and general skittishness has kept attendance down. In addition, the park has seen no bus groups this year, which on weekdays bring hundreds of young people.

Kings Island has also just released its August calendar, which shows it will be closed on Wednesdays and Thursdays the first two weeks of the month, which is very unusual.

As of Aug. 17, the park will be open only on weekends. That is typical, however, as many of its staffers are high school and college students who return to school in mid-August.

The park is not yet saying if there will be a Halloween Haunt this year.

One bit of good news for fans: it will now stay open later on Friday and Saturday nights until 10 p.m., allowing for beloved night rides on The Beast, and for guests to see the incredible lighting on the new Giga coaster Orion, lit up to look like a blue comet streak into the sky.

It will also offer pass holders $21.99 bring-a-friend tickets, so you don't waste your money.