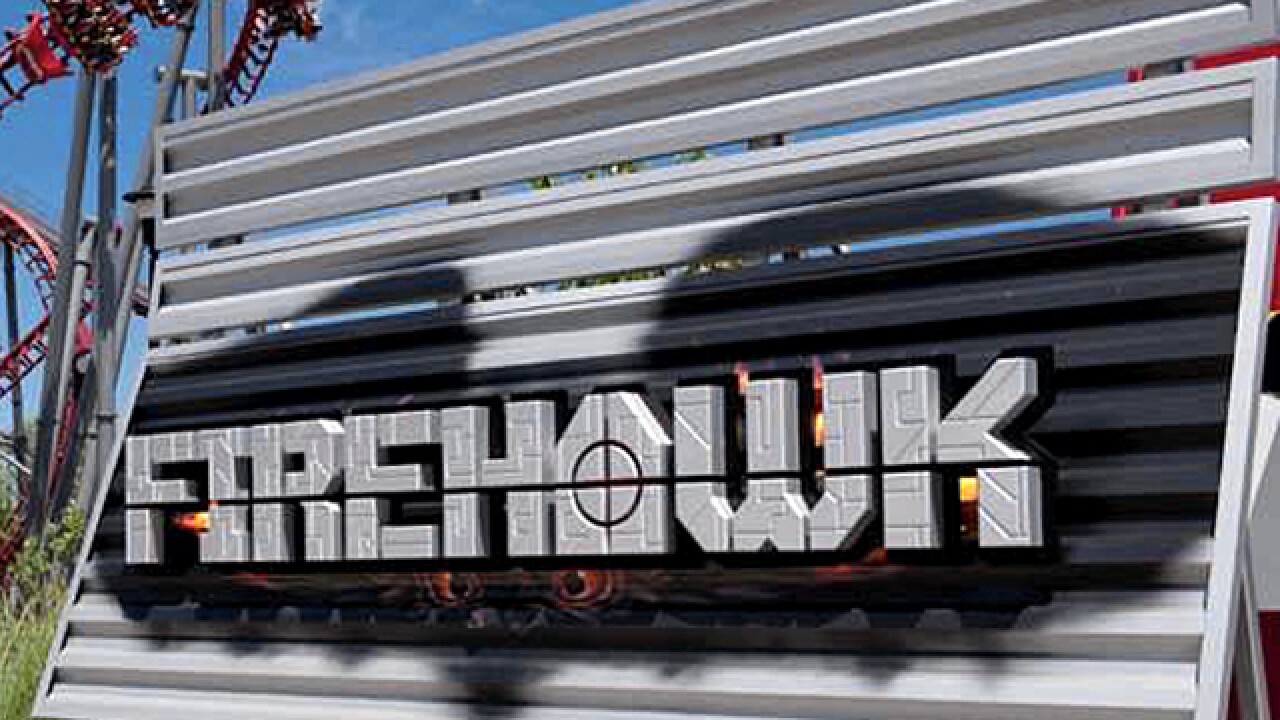 One mystery solved, another remains open.

Kentucky Kingdom in Louisville has just announced it will be getting a new, small wooden roller coaster next year called Kentucky Flyer.

That ends speculation that Kings Island's soon-to-be defunct Firehawk would be moving 90 miles south to Louisville.

Coaster enthusiasts had noted that Kentucky Kingdom started teasing a new ride at the same time Kings Island announced the end of Firehawk, so many thought the flying coaster would get a new life next year in Kentucky (after all, it had already been moved once before, from Northern Ohio to Kings Island 11 years ago).

But Kentucky Kingdom now says the Kentucky Flyer will be a midsize, wooden coaster from the Gravity Group LLC company.

It will fall midway between the size of Kings Island's Mystic Timbers and the Woodstock Express, according to the press release.

The park describes it as "featuring 1280' feet of track, a 52' tall drop at a 45-degree angle, multiple 54-degree banked turns, and 12 airtime elements, Kentucky Flyer will be Kentucky Kingdom’s sixth roller coaster."

As for Firehawk, coaster forums speculate it will be used for parts on a twin coaster at Cedar Fair's Carowinds park in North Carolina.

So if you want to ride Firehawk before it heads to the coaster graveyard, you have three more weekends.