Is that really the census calling...or a scam? 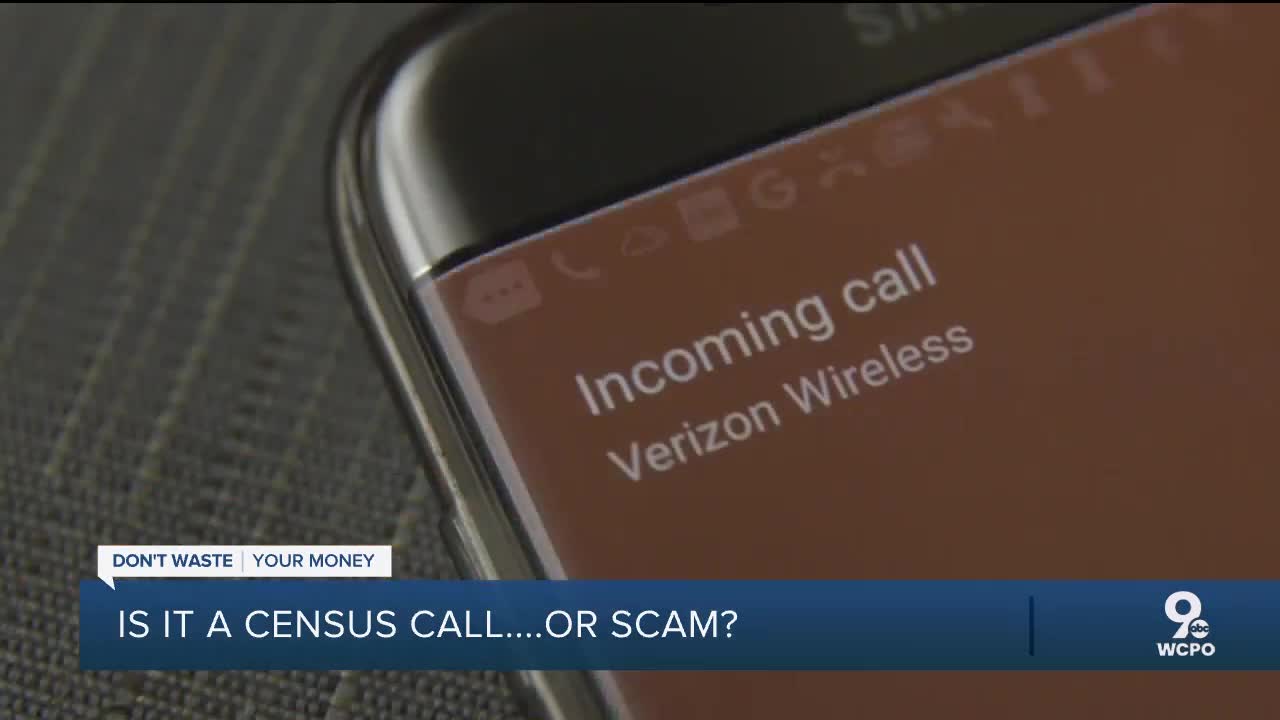 REMEMBER THE CENSUS? THAT WAS SUPPOSED TO BE THE BIG STORY OF 2020...UNTIL COVID 19. BUT THE CENSUS BUREAU IS NOW RAMPING UP AGAIN.... WHICH MEANS YOU MAY GET A CALL. BUT IS IT REALLY THE CENSUS?

Most people know by now that unexpected calls from the IRS are almost always scams — so calls claiming to come from the U.S. Census Bureau set some of our viewers on edge when they began this summer.

Remember the census? That was supposed to be the big story of 2020 until COVID-19 pushed the entire year off the rails.

But the Census Bureau is now ramping up its efforts again, which means you may get a call or visit from a census worker in the weeks ahead.

"When I get a call on my cell phone, and it's not a recognized number, I don't answer it," said viewer Amy Cheney.

That's why she didn't pick up the first or second time an unknown number appeared on her screen. Finally, when it called a third time, she answered and was told it was the US Census Bureau seeking answers to some follow-up questions for the survey she had recently filled out.

Normally, if you don't respond to the census mailing or don't answer fully, the bureau will send a census-taker to your front door.

However, due to the ongoing pandemic, those face-to-face visits have been delayed. The bureau might very well call you if it has additional questions.

How do you know if it is real?

At that point, go ahead and answer their questions – even if, as Cheney said, "it felt weird to have a government agency making a phone call to me."

However, the Census Bureau is now hiring workers again, which means you may still get a visit at your door this summer if you didn't answer the forms or fill them out completely.

After you have responded to the 2020 Census, you may receive a short call from the Census Bureau to the number you provided, beginning April 22, 2020.

Census workers will occasionally follow up with homes to ask questions about their responses. The goal is to ensure that no person is left out of the census or counted in more than one place. We review your responses in order to ensure that we have a complete and accurate 2020 Census.

All responses are kept confidential. The 2020 Census caller will not ask about your financial information or Social Security number. They will only review the responses that you previously provided.

If you think you missed a call from the Census Bureau (or actually received one) but want to confirm the legitimacy of the call, call 844-809-7717 (English) or 844-809-7718 (Spanish) to speak with a local Census Bureau representative. Our business hours are 7:00 am to 12:00 am Eastern Time, Monday through Sunday.