How to tell if Kroger survey is real or a scam 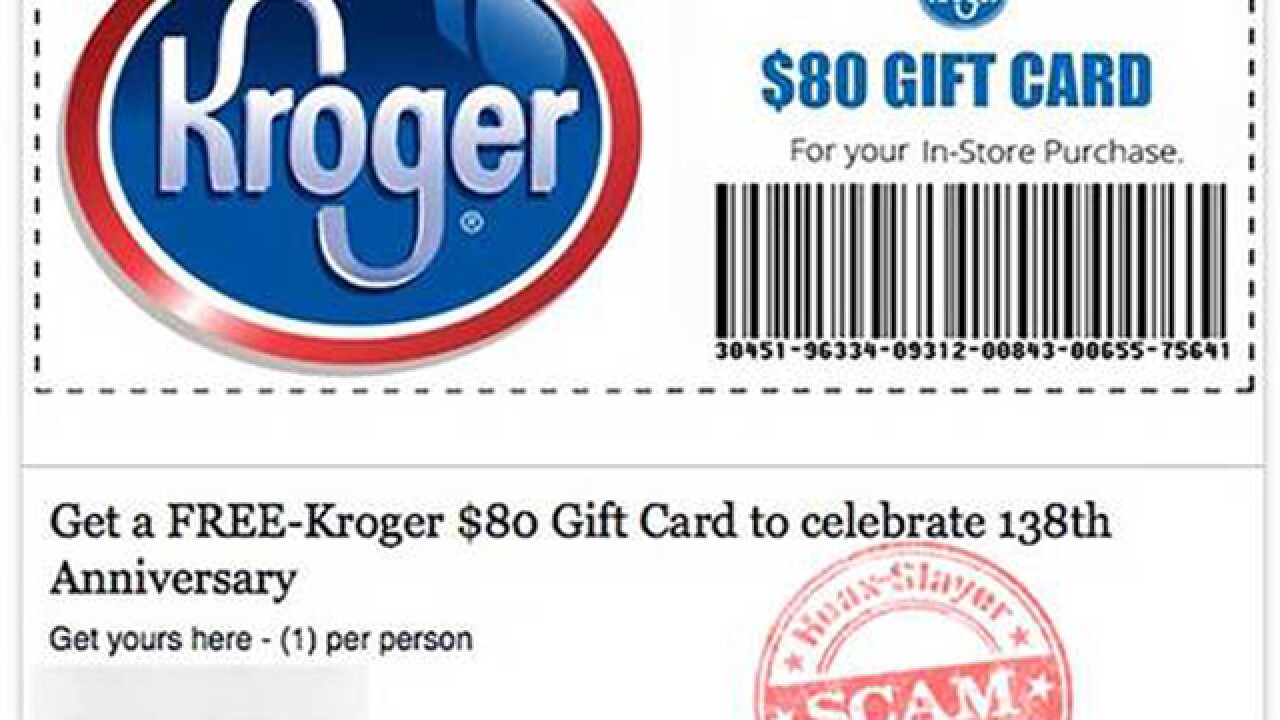 Everyone loves winning something, and if all you have to do is take a survey, why not?

But Kroger is warning about fake surveys using the stores name and logo. And that's left a number of shoppers, like one Northern Kentucky woman, unsure about the difference between a real and bogus survey.

Vanessa Escue and her husband are big Kroger shoppers. They also like to take surveys for free awards.

But now they worry about what information they shared, after hearing a news alert about a Kroger survey scam.

"I came in on the end of the news report," she said. "and I just heard the survey might be a scam."

Kroger, a few weeks ago, issued a warning about fake online surveys, that promise a gift card for answering some questions.

Escue, though, has been filling out Kroger surveys for more than a year. using a code number that shows up on the bottom of her Kroger receipt.

"I just go to Kroger's feedback page, and I do that, and enter the date and time, and they give you a bunch of numbers, and then I go answer the different questions," she said.

Good news for Escue: The Kroger Feedback Survey, which you'll often find on that receipt, is real and safe.

Here's a good rule of thumb. If the survey is on your grocery receipt and promises fuel points, it's legitimate. But if you find it online or on Facebook, it may be a scam.

Red flags to watch for

Kroger spokeswoman Patty Lesseman tells 9 On Your Side:

Vanessa now knows what to look for. "That stuff on Facebook is a scam," she said.

So be careful so you don't waste your money.