Markiplier says you can earn money from YouTube, too 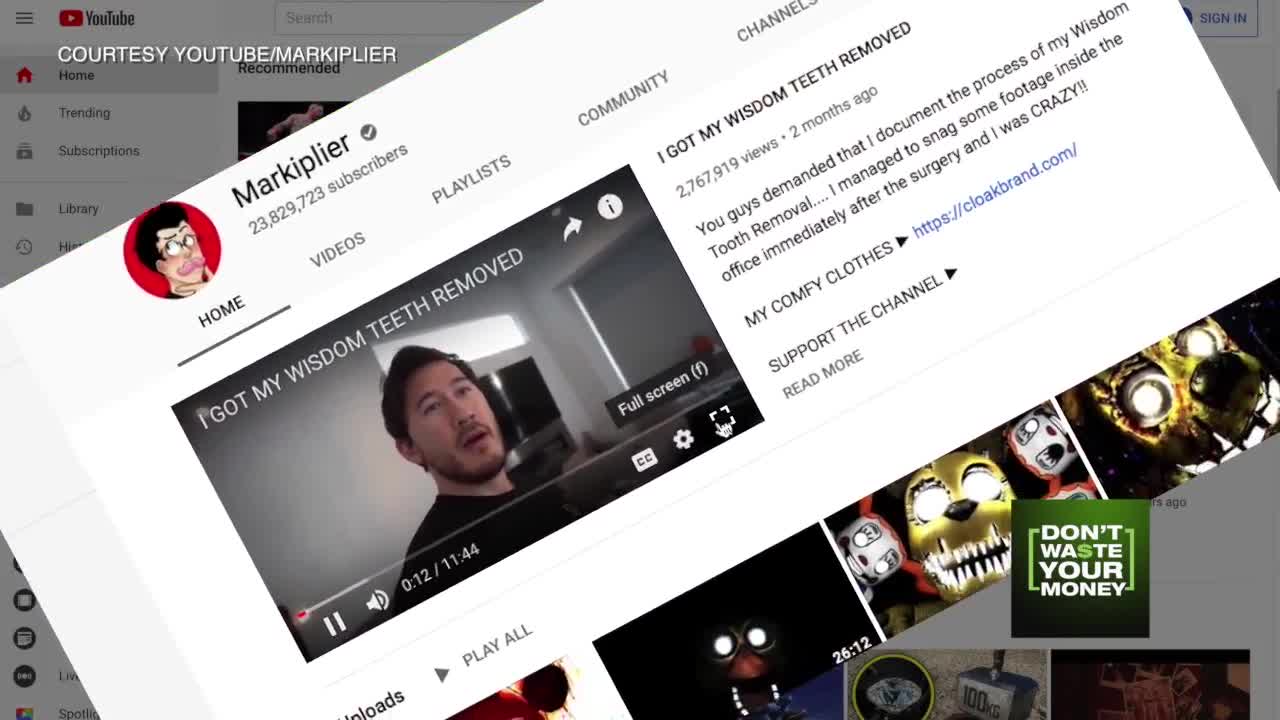 Markiplier speaks with WCPO 9 On Your Side about growing up in Cincinnati, his rise to fame, and his advice for aspiring YouTubers 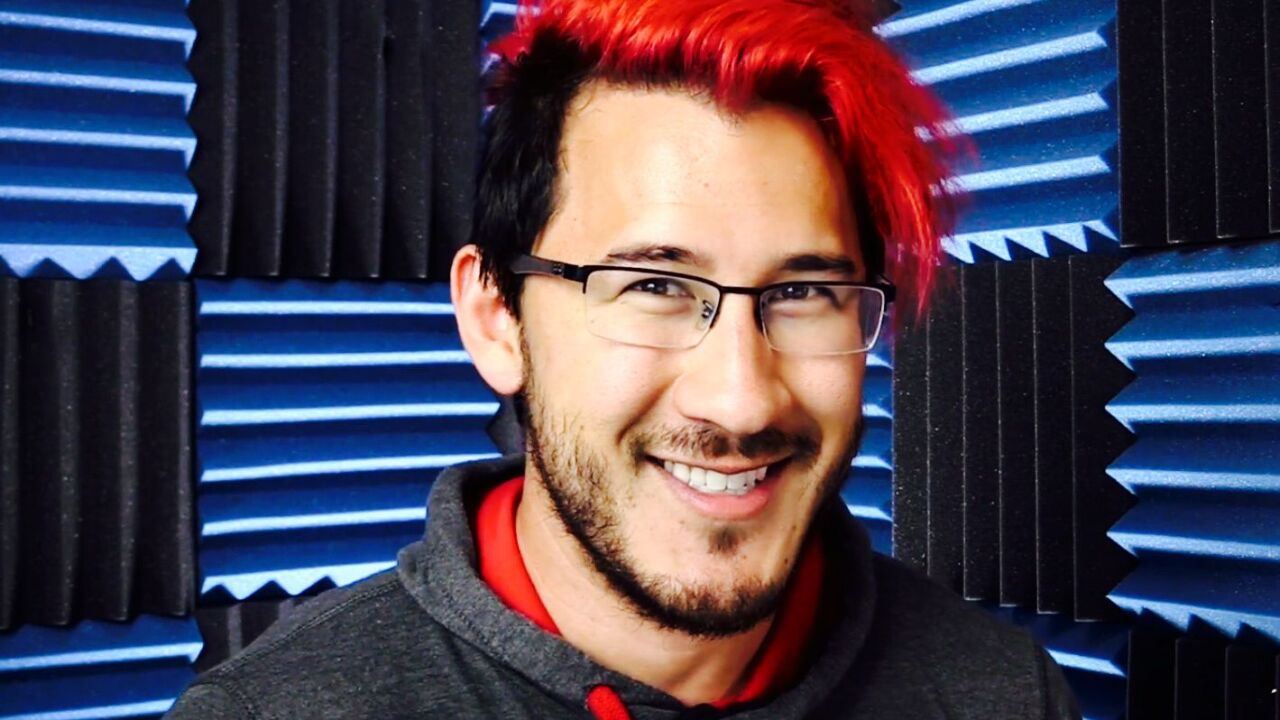 He's one of the most popular YouTube stars in the world.

His name is Markilplier, and he has over 23 million subscribers on his YouTube channel. Yes, you read that correctly: Twenty-three million. Most YouTubers have a few hundred followers.

That puts him in the Top 10 of international YouTube stars who are not musicians, in the stratosphere with names like PewDiePie and Jake Paul.

"There's some weird videos that I know and love," he says in one of his hundreds of videos, that millions of people watch every day.

Forbes Magazine estimates Markiplier is now making over $10 million a year off his videos and endorsements, and he now rubs shoulders with Hollywood stars at his home in Los Angeles. However, he got his start right here in Cincinnati as a quiet kid at Milford High School.

"I never thought anyone would pay that much attention to me," Markiplier said, "because I was a quiet guy. I didn’t have many friends in college, and I had a very small group of friends in high school."

How it all began

Markiplier, whose real name is Mark Fischbach, was born in Hawaii but moved to Cincinnati at a young age. He graduated from Milford High School in 2007. There, he was most known, if known at all, for being in the school's marching band.

He loved video games, however, and soon discovered he could film himself gaming and then post those videos on YouTube,

But he says something incredible happened when he started college, as an engineering student at the University of Cincinnati. Hundreds, then thousands of young people began following his zany gaming videos.

"When I hit 10,000 subscribers, I thought that was the peak of the mountain, that was amazing," he said.

But it was just the beginning. Once you hit 1,000 YouTube subscribers, you can start earning money under Google's AdSense program. The dollars and cents started trickling in.

Markiplier bought a fancier camera and editing suite and began making videos about much more than gaming, with his in-your-face, always interesting and often hysterical commentary.

In one video, he reacts as a man has his back waxed. "Oh! I can't do that!" he screams.

In another, he narrates over photos of mishaps at health clubs,that he called "gym fails."

"Gym fails? That person's dying," he says about a photo of a man with a barbell laying on top of him.

And in another, he fights a robot in a virtual reality simulator. And it's funny, really funny.

As the subscribers poured in by the thousands, during the period from 2010 to 2012, Markilpier says he had to make a decision.

"I was two semesters away from graduating (at the University of Cincinnati), and I had to make a decision."

Friends told him he could become a YouTube star.

"I can help it grow more working on it full time, instead of also going to school and doing school work," he said.

So he put school on hold, packed up for LA (home base to some of the other most successful YouTubers), and the rest is history.

Recently, he has even launched his own clothing line, CLOAK.

But Markiplier did not let success go to his head. In person, he is a very humbl and down-to-earth, and he remembers his Cincinnati roots where it all started.

He recently made a surprise visit to Milford High School, delighting students. We caught up with him when he visited Kings Island a few weeks ago for a gaming convention, where he was mobbed at a meet-and-greet by thousands of adoring fans.

"This is where I've always considered home to be. I've been out in LA for five years now, and I look forward to coming back," he said.

His advice to prospective YouTubers

So can other kids aspire to be him?

Sure, he says, though the barriers to entry are much tougher than they were 12 years ago. Now, millions of 14-year-olds want to be YouTube stars, and many of them copy the antics of Markiplier, Jake Paul and others.

But Markiplier says while he is flattered, if you want to be successful on YouTube, you need to be unique.

"YouTube is full of fake people, not all of them, but some," he explained.

"I never approached YouTube in trying to be famous and successful,"he said. "The best thing about YouTube is the authenticity behind it."

So what is his advice to kids who want to be a You Tuber? Do it for fun, he says, not for the goal of getting rich (most don't).

"Just enjoy it and be yourself," he said. "At the end of the day if you are not authentic and who you are, that is going to come out someday. And then people discover you are not really that person."

Where does he go from here? Movies? TV? Netflix?

"I don’t want to say I want to make movies, or be an actor, or anything like that," he said. "But I am doing everything I know to make the best thing I can right now."

But there's something about his personality, sense of humor and obvious sense of timing that makes you think this shy kid from Milford, Ohio could become an even bigger star as he gets into his 30s.

As they say on the old tube (as opposed top YouTube), "stay tuned."

9 Tips for becoming a successful YouTuber ... from PC Magazine and WikiHow.