KAHNS HOT DOGS, HAVE BEEN A CINCINNATI FAVORITE FOR GENERATIONS. BUT AS WE APPROACH THE 4TH OF JULY....WHAT HAPPENED TO THEM? 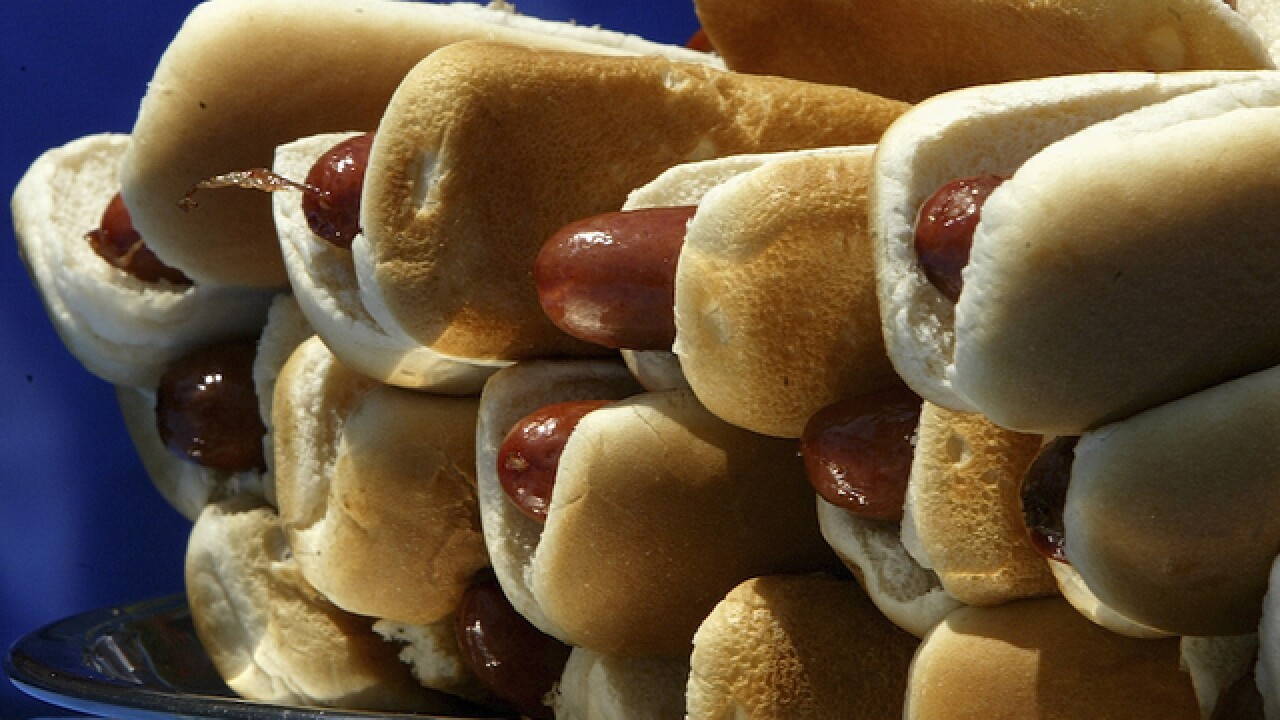 Kahn's hot dogs have been a Cincinnati favorite for generations, even being named the official hot dog of the Cincinnati Reds.

But as we approach the Fourth of July, many grocery shoppers are asking: What happened to them?

Libby Turpin has loved Kahn's hot dogs since she was a child, but her Kroger Marketplace store in Lebanon, Ohio, has had either empty shelves or other brands in the Kahn's spot.

"I went out to find some Kahn's hot dogs or Big Red Smokeys to throw on the grill for the holiday weekend and couldn't find any," she said. "I thought maybe I was just a little late to the game."

She checked another Kroger store, this time in Deerfield Township. No luck.

The shelves had no Kahn's Wieners, hot dogs or Big Red Smokeys.

"They are on the website, but they do not have them," she said. "Other friends have checked, too, at other Kroger stores, and no one can find them."

Kahn's dogs and wieners are as Cincinnati as Skyline Chili and LaRosa's Pizza, two brands they actually predate.

The brand, founded by Elias Kahn in 1883, helped give Cincinnati its "Porkopolis" nickname.

In its heyday, in the 1940s and '50s, a giant Kahn's Meats clock overlooked Fountain Square downtown while its Camp Washington headquarters shipped pork products nationwide.

"Around here, you think of Kahn's when you think hot dogs," Turpin said. "It's a Cincinnati company, and that's one of our hometown favorites."

Why the brand has disappeared this year

Sadly, Kahn's has not been a Cincinnati company for more than a decade. And, as a result, it has lost its local oversight and love.

In the '90s, Kahn's became a Sara Lee brand, and its new owners assigned it to the Wisconsin-based Hillshire Farms division. Kahn's is now a small, regional division of Arkansas-based Tyson foods.

The Cincinnati plant closed for good in 2006 and has since been torn down.

Tyson has yet to return WCPO emails, but Kroger spokeswoman Erin Rolfes solved the mystery, explaining the supply of Kahn's was yet another victim of pandemic cutbacks.

"We have learned that Tyson stopped producing Kahn's, a local item, to support their Ball Park Frank production, a national brand," she said. "They are working to get back on track, but we don't know when."

Good news for Kahn's lovers: We found a few packages of Kahn's left at the Loveland Meijer store (though they may be gone by the time you read this).

The expiration date, however, was July 16 , where most other hot dog brands on the shelves expire in September. It appears this was just older stock from earlier this year that had not yet sold.

Is the Kahn's shortage driving you crazy?

And contact Tyson foods customer service and let them know what Kahn's means to Cincinnati, so you don't waste your money.