Grab $20 tickets to some Cincinnati concerts 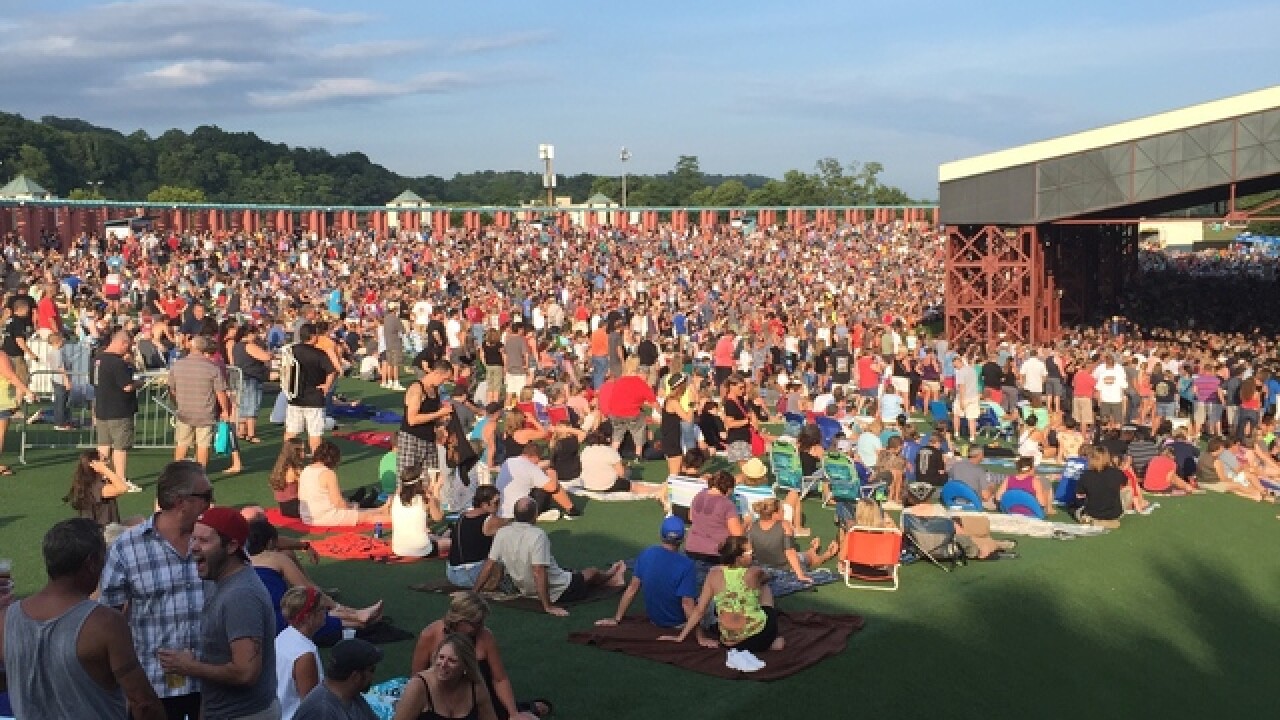 Copyright 2017 Scripps Media, Inc. All rights reserved. This material may not be published, broadcast, rewritten, or redistributed.
Mike Canan
<p>The view of the lawn from the WCPO Insider Patio at Riverbend Music Center.</p>

So you'd like to see a concert or two this summer, but the typical $75 per person ticket price is too high?

Then you may want to hurry, because this week Live Nation is running a ticket "sale" to some upcoming Cincinnati shows at US Bank Arena, Riverbend, and Bogart's.

From April 30th to May 8th, Live Nation is offering a limited number of $20 seats to some upcoming shows in all its markets.

Before you get too excited, please note that this deal does not apply to sold out concerts, or red hot shows like Kenny Chesney or Elton John. And at Riverbend, most of the $20 seats are lawn seats, which is not that much of a discount from the original price.

You can find all the qualifying concerts at a special page on  Live Nation's website, which then connects you to a Ticketmaster page for that concert.

Finding Cincinnati shows with $20 seats takes some time, because Live Nation lists Columbus, Indianapolis, and Louisville on the same page.  So if a concert is in "Noblesville," that means its really about 2 hours away in Indianapolis.

Luke Bryan, Dierks Bentley, and Zac Brown Band Cincinnati concerts are also listed, but we were unable to find any $20 seats. They may have sold out in the first few minutes of the offer.

About a dozen indy rock shows at Bogart's are also listed.

If you don't mind driving, Indianapolis appears to have more selection of $20 concerts, including:

But you need to hurry: while the deal runs through May 8th, many $20 seats will be gone soon, so don't waste your money.