Scammer claims to be with Hamilton County Sheriff's Office, tries to pressure woman into paying

Tells woman deputies are coming to serve her 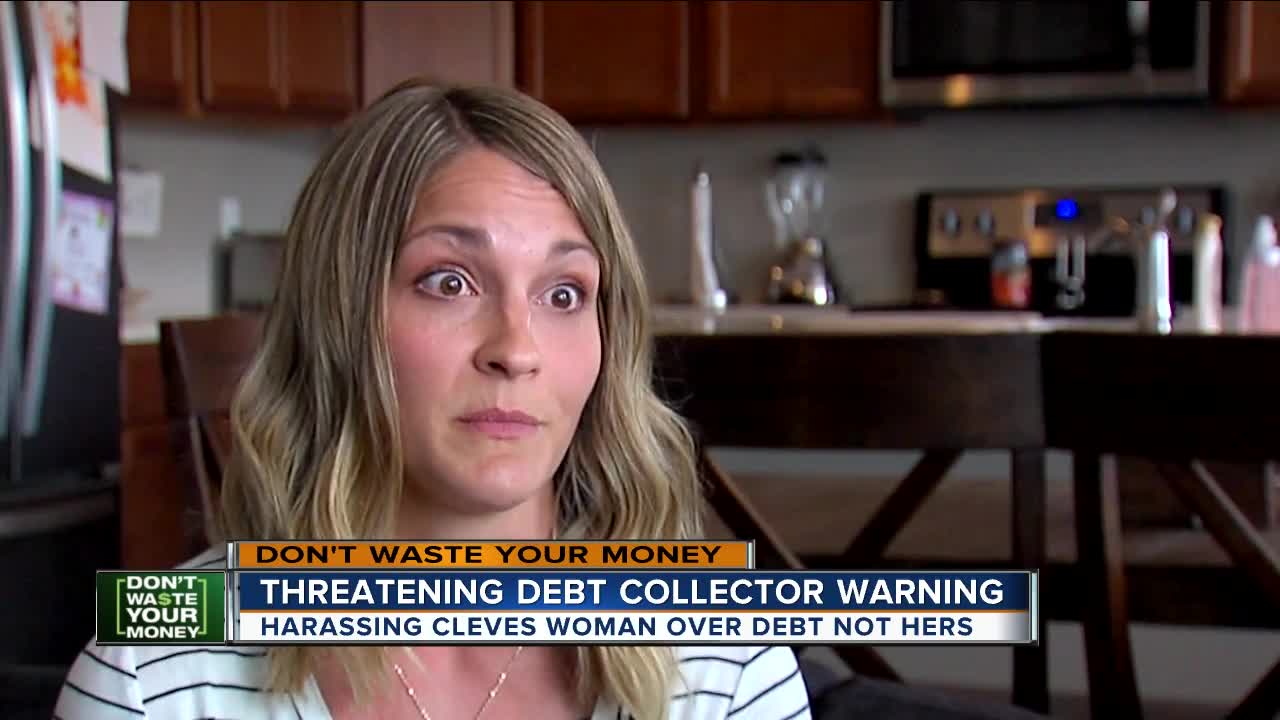 David Barber will be one of thousands gathered at The Banks on Sunday morning to participate in the 21st Flying Pig Marathon. A Cleves, Ohio woman wants to warn people about calls that appear to be from the Hamilton County Sheriff's Department, claiming you are about to be sued.

The scammer pretending to be an employee of the Hamilton County Sheriff's Office didn't just call Jessica — a Cleves, Ohio woman so unsettled she asked her last name not be used — at her home. They took their grift to her family, too.

"My mom thought it was real," Jessica said. "She started freaking out for me."

In the first phone call, the caller claimed to be an officer of the Hamilton County Compliance Department trying to collect on Jessica's past debt. If she didn't pay them within two days, they told her, she would receive a wave of legal paperwork from a person suing her over her missed payments.

She had no recollection of ever owing anyone money.

"What?" she remembered asking. "Who am I being sued by? For what?"

The caller didn't give her solid answers. Instead, they told her to pay the debt or sheriff's deputies would come by her home.

"You need to contact us no later than 9 a.m. Wednesday morning, or we will be out to serve you as scheduled," a voicemail message said.

Who is behind the threats?

It wasn't really the county calling.

Even if these calls were legitimate, the sheriff's department doesn't have time to drive out to your house over some possible $20 debt from years ago.

These are just threats to scare you their victims paying quickly and not asking questions.

WCPO checked the number that called and found no company connected to it, but several complaints about threatening calls similar to the ones Jessica received.

These are known as zombie debt collectors who try to scare people into paying old debts. The debts often are not actually theirs, but belong to someone with a similar name with an unpaid phone bill 10 or 20 years ago.

Jessica said she could see how it's easy to panic, and send money to make it all go away.

"It's frightening to think you are being sued, that you are going to be served legal documents," she said,.

No one answered the number that targeted Jessica's phone when WCPO called back from the newsroom.

A search also determined there is no such thing as the Hamilton County Compliance Department, at least not in Ohio.

Bottom line: You will not be arrested over an old debt. The sheriff has much more important things to investigate.

Don't agree to pay anyone anything over the phone. That way, you don't waste your money.