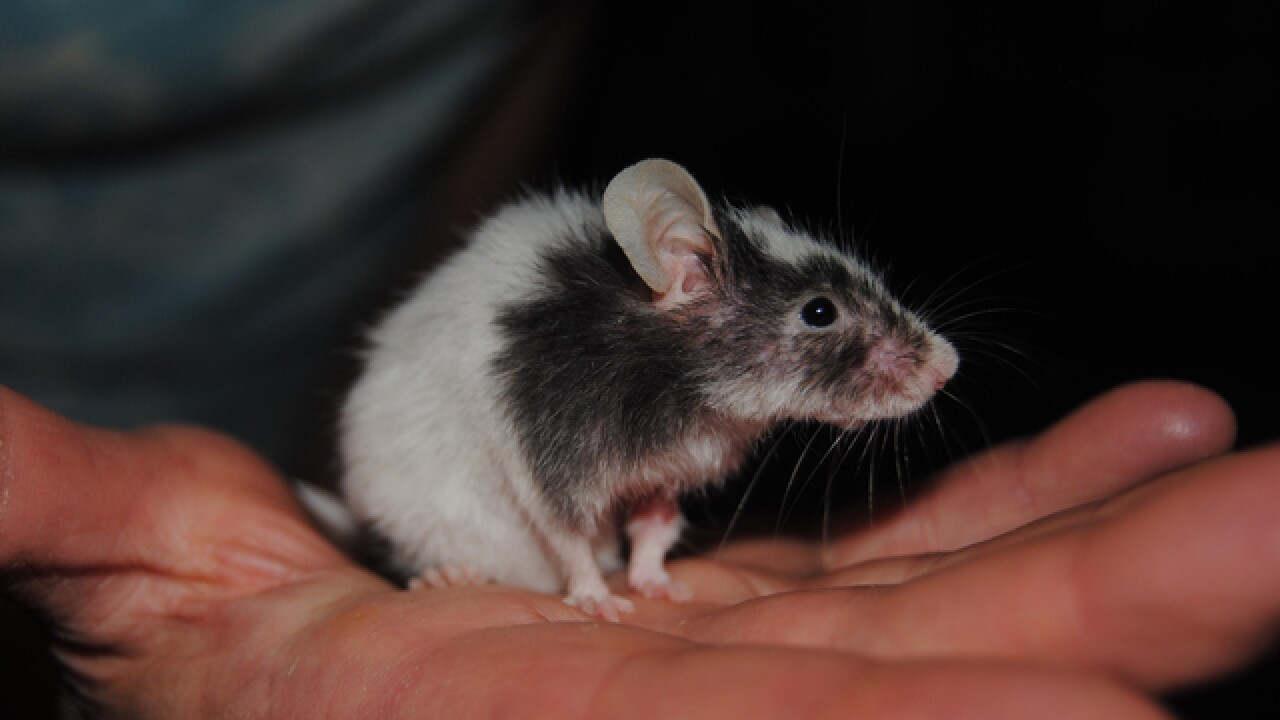 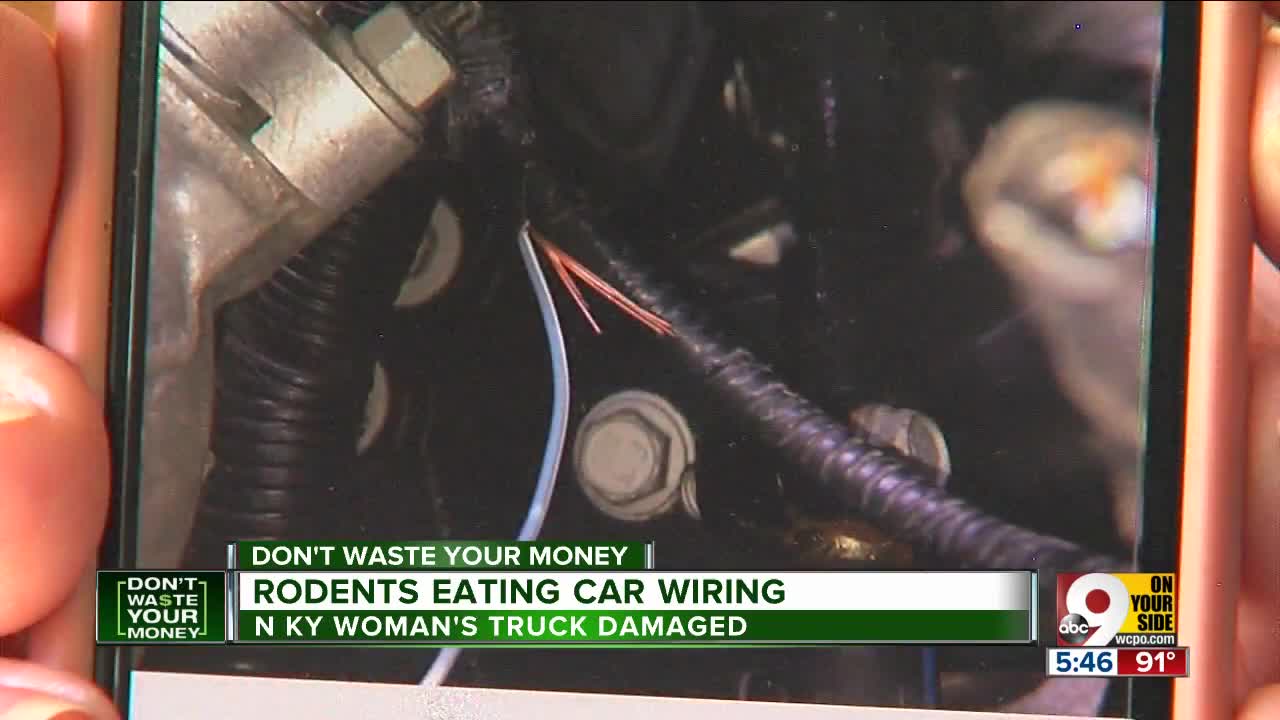 If you park your car, truck or SUV outdoors at night, beware.

More and more car owners are getting hit with bills in the hundreds -- even thousands -- of dollars for rodent damage.

Last fall, Connie Schwartz of Northern Kentucky contacted WCPO after she spotted something strange in her driveway. The fan belt was under her pickup truck.

"A friend came out to fix the belt for me and he said, 'Oh my goodness, you have a bigger problem,'" she said.

It was much more than a missing fan belt that she faced. Mice or chipmunks had eaten through her entire main wiring harness from the alternator.

"It was chewed all the way to the end and bare wires were touching metal," she said.

Years ago this was rarely an issue because automakers used rubber or vinyl wires under the hood.

But lately, more and more of them have been turning to soy coatings, as in soy beans, according to several class action lawsuits filed in recent years.

Saves money for automakers, not so much for drivers

Mechanic Marc Duebber of Duebber's Auto Repair in Western Hills explained that soy-based wiring and harness covers are environmentally friendly and save money.

But soy can lure hungry rodents much more than rubber, he said.

"It is a taste they have and they are drawn to it, therefore they are chewing and eating it," he said. "And we are finding nests created in the air plenums (the plastic air intakes for the engine)."

He displayed an air filter that mice had turned into a nest, using wiring covers as nesting material.

But Schwartz says there was nothing cute about it when she got the bill.

Luckily, her insurance paid most of it, but she still had to pay a $500 deductible.

If you are in a mice-prone area or live next to woods or a field with tall grass, there are some ways to protect yourself, if you do not have a garage as an option.

One entire website, "How to Prevent Rats From Eating Car Wires," is devoted to prevention tips.

You can now buy anti-rodent tape for wires, from auto parts stores or on Amazon.

Other people swear by home remedies, such as spraying peppermint oil on their wiring, taping dryer sheets around wiring harnesses or stuffing mothballs into engine crevices.

Don't look for much to change, though. A judge in June 2018 dismissed the biggest of the lawsuits over soy wiring, a case filed against Toyota, after Toyota called the claims "meritless."

A similar class-action suit against Honda was also recently dismissed for lack of factual support.

Schwartz, with her $1,500 bill for mice damage, would disagree.

So it's up to you to protect your car, so you don't waste your money.