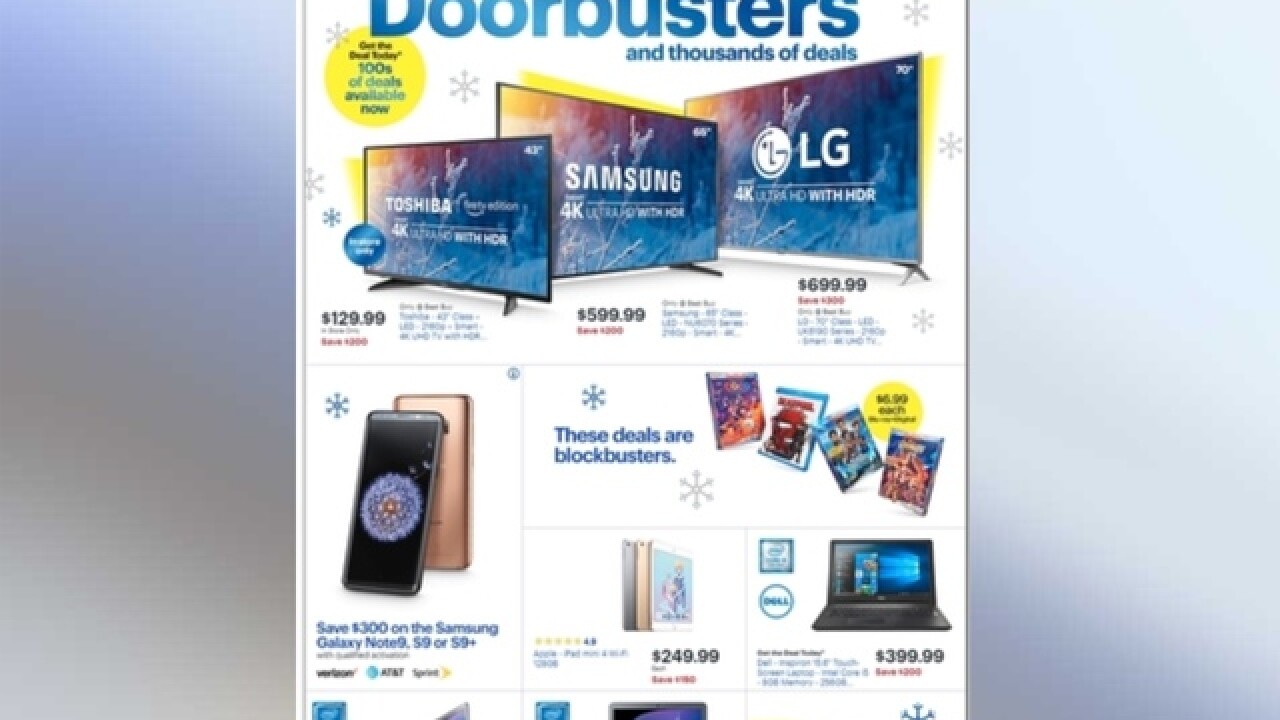 Best Buy, the number one destination of Black Friday electronics seekers, is now out with its 2018 ad.

Once again, doors open at 5 p.m. Thanksgiving Day, and if past years are any indication, lines will start forming in the morning for the top 4KTV doorbuster deals.

While prices may not be as low on the biggest TVs as you will find at Walmart or Target, there is a reason: Best Buy specializes in top tier name brand TVs like Samsung, LG, Toshiba, and Sony.

If you are looking for a 65-inch TV for $400 (the new Black Friday price point this year), you will need to buy a budget brand.

Rather, Best Buy is offering a 65-inch Samsung 4K for $599, a great price on a Samsung. However, realize that these may be stripped-down Black Friday models, with some bells and whistles missing.

The top deals at Best Buy

Among the highlights, according to BestBlackFriday.com: