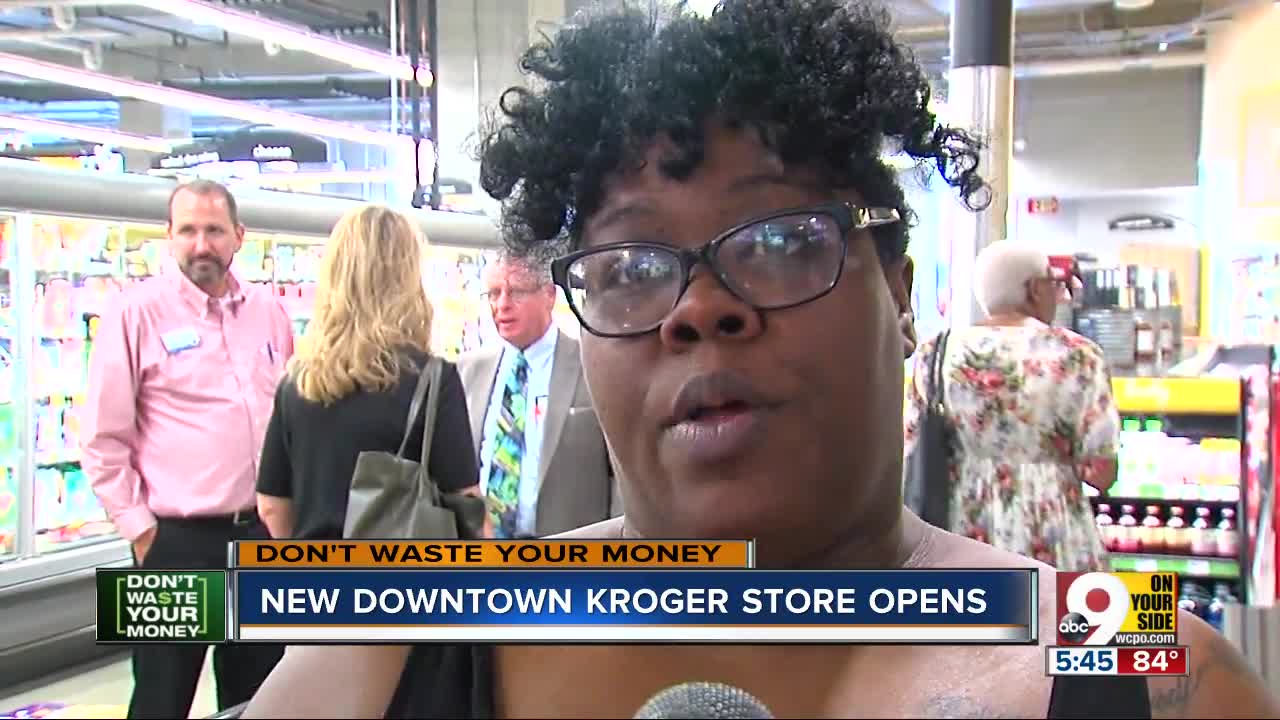 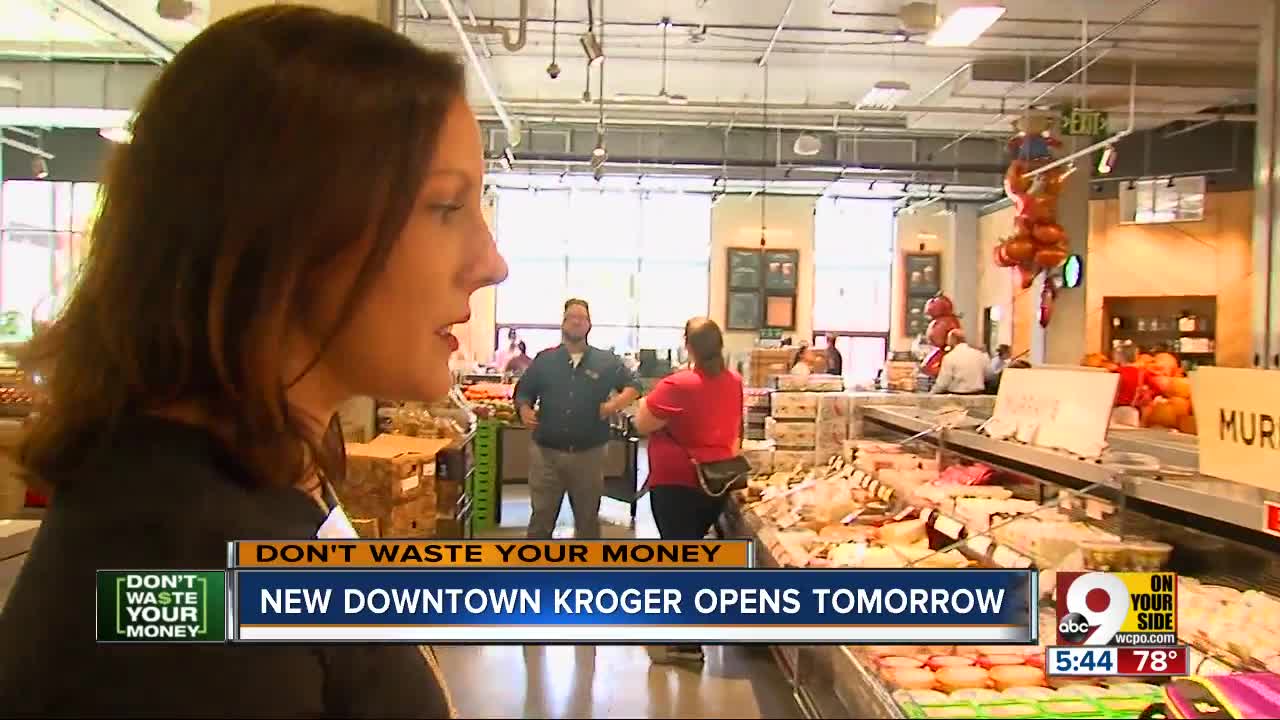 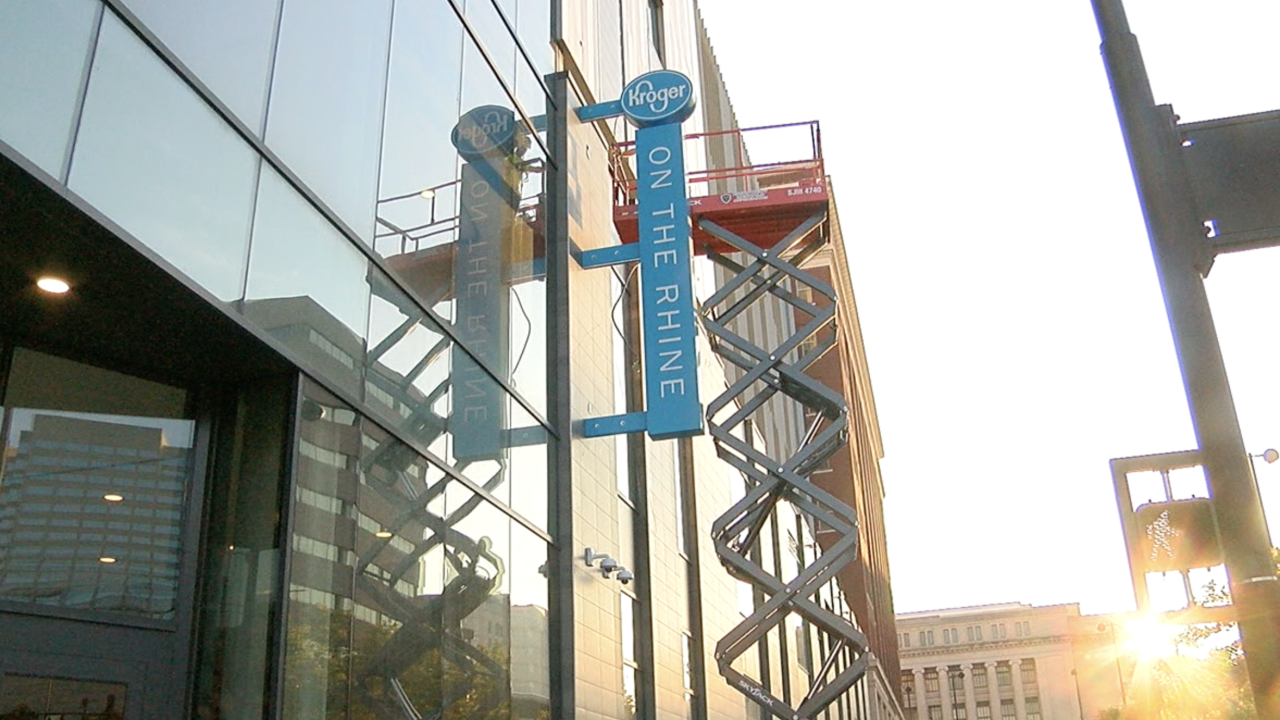 After a decade of planning, Kroger is finally opening a full service downtown Cincinnati grocery store.

And it is no "mini" store, like the Target store outside the University of Cincinnati uptown.

What shoppers are finding inside is a complete grocery store, but also unlike any Kroger you've ever seen before.

Erin Rolfes, Kroger's Corporate Affairs Director, took us for a tour as workers put the finishing touches on the store.

So we came up with 9 things you need to know before you visit.

1. The first thing to know is that the entrance is on Court Street, not Central Avenue, even though the store looks out over Central.

2. It is officially called "Kroger on the Rhine," not Downtown Kroger. Nice sound.

3. It will have a major focus on grab and go takeout for people who work and live downtown, including a large selection of organic produce.

Rolfes said, "You can grab a meal that's ready to heat, ready to eat, if you want to go to our meal kit with Home Chef we've got that as well."

4. It also has a Murray's cheese bar, and of course a Starbucks.

5. The "can't miss" part of the store is the new second floor food hall, which is a lot more than your basic shopping mall food court.

7. Chef Paul Sturkey will oversee Kroger's Kitchen 1883, its family restaurant chain that is already in a dozen Kroger stores.

"It's just a really fun place, you can bring the family,"Sturkey said. "We'll be open for breakfast, brunch, all day 7 days a week."

8. You don't have to pay to park, a huge plus for downtown. A $15 purchase gets you a free parking voucher.

9. It's a store that should make Cincinnati proud, and may be the envy of many other mid-size cities.