Homeowners worry about towers outside their home 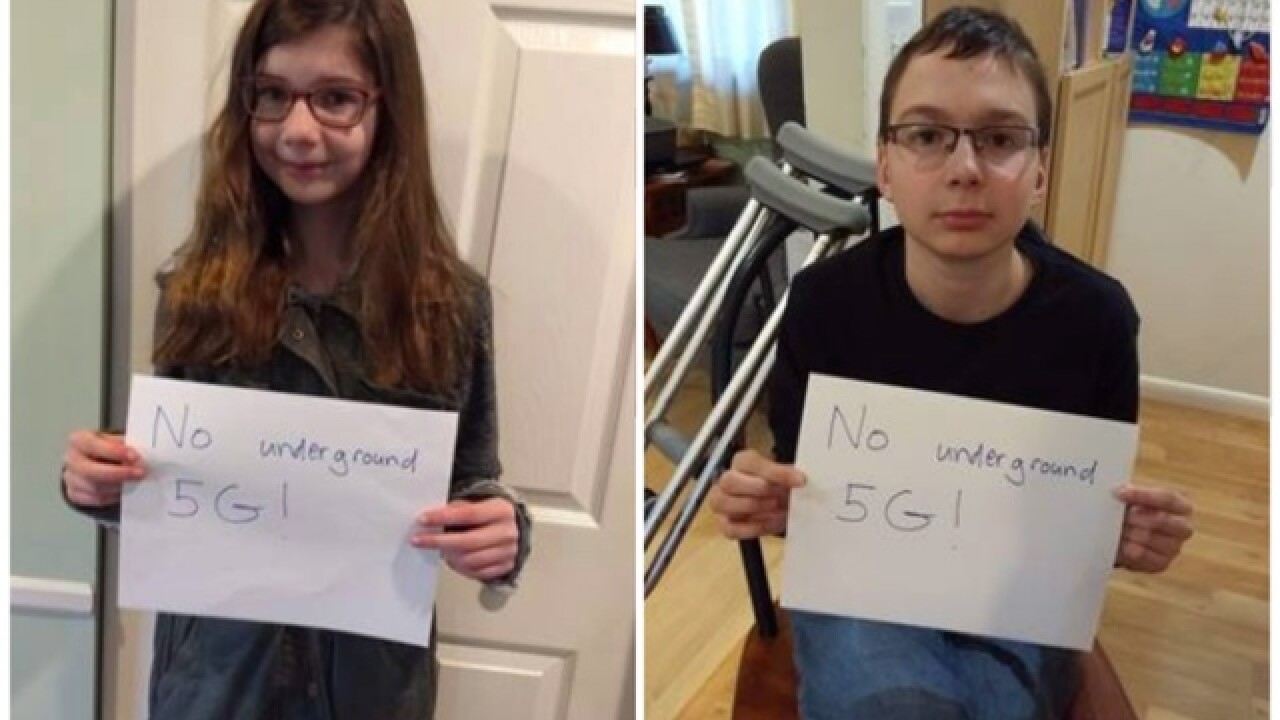 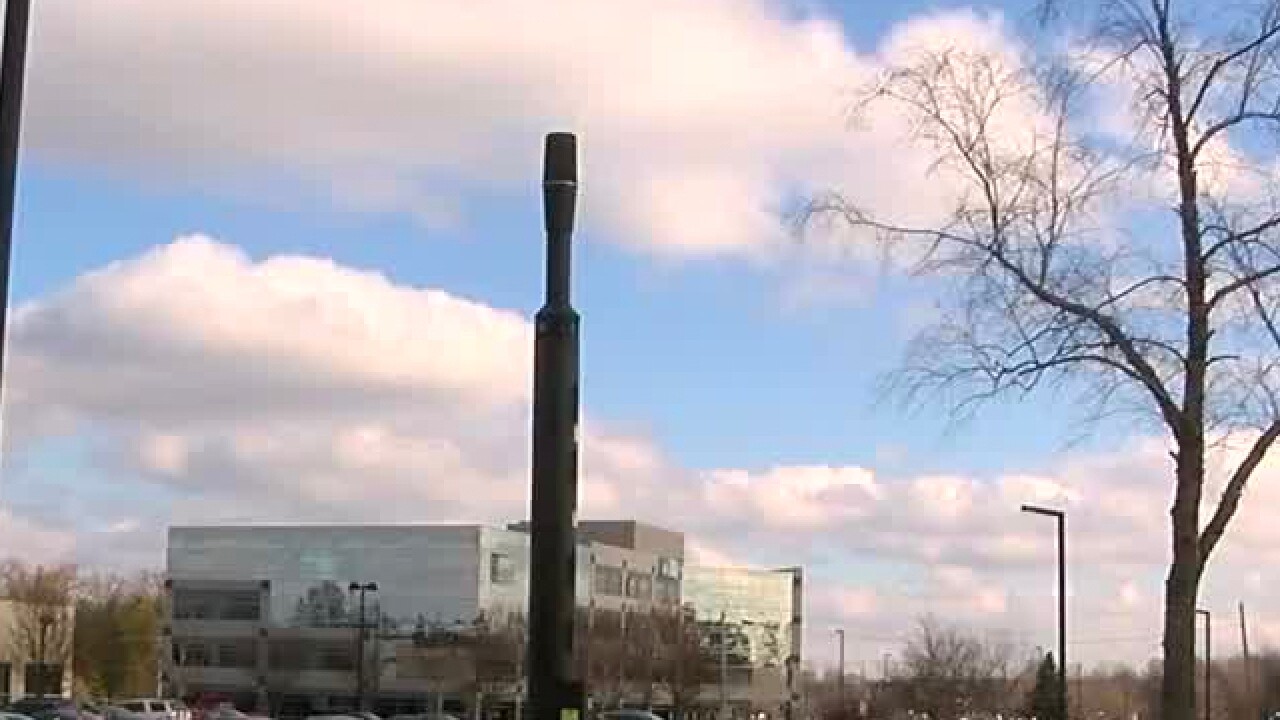 It could be Anytown, USA, but it is Greenhills, Ohio, a quiet, planned community in northern Hamilton County where not much has changed in the last 50 years.

Mysterious orange PVC pipes are popping up on the edge of town, stamped with the words "fiber optic." Both Spectrum Cable and Cincinnati Bell, which provide local TV service, say these poles are not their fiber lines.

Homeowners on Greenhills' quiet, tree-lined streets believe they will be the first in the Cincinnati area to have 5G cell service, like it or not.

Anna and Andrew Steele, a young couple who recently bought a home here, said they don't like the idea of being the trial community for 5G.

"For me, I'd rather not be the guinea pig," Andrew Steele said.

Watch this report and see the controversial mini towers for yourself tonight at 11 p.m. after the Country Music Awards on 9 On Your Side.

We do need it, according the Verizon, AT&T, and the FCC, which recently passed sweeping rules allowing cellphone companies to install 5G towers with only minimal state and community approval.

5G is almost 100 times faster than 4G LTE service, and cell companies say it will be needed for high speed streaming video and increasing interconnectivity in the years to come.

But for 5G speeds to be so impressive, wireless companies need more towers, and a fiber line connecting towers, according to AT&T and Verizon. The wireless associations CITA estimates 800,000 mini towers will be need in the US in the next 20 years.

As a result, carriers are putting them up on telephone poles, on the sides of office buildings, even up in lampposts. But to keep them from being so unattractive, wireless companies are hiding them.

In Florida, they are camouflaging 5G towers in fake palm trees. In Arizona, they are building metal cactuses to hide 5G towers. In Colorado, towers are being hidden inside phony evergreens.

Here in Greenhills, homeowners such as Monique Maisenhalter said they worry that towers might end up right outside their bedroom window.

"Some say it will be every three to 10 houses," she said. She cited studies from environmental groups worldwide, claiming that cell tower radiation -- up close -- can possibly cause health issues.

She is leading a petition drive asking for a stop to any 5G construction in the village until more is known.  Almost 50 other residents had signed by Wednesday.

"Even if people don't think it will hurt them, it is enough to lower property values because many people are not sure," she said.

Among those signing the petition are longtime resident Keith Owen.

"None of us are having any trouble with our (4G) cell service, so why do we need 5G?" he said.

Owner is a mystery

The mayor of Greenhills, David Moore, said he has no say over the fiber line installation, because the lines are actually going up across the border in Forest Park, on a Hamilton county right-of-way on Sharon Road.

So we went to Hamilton County Engineer Ted Hubbard, who said he, too, is struggling to find out who is laying the fiber and what their plan might be.

"The ownership is a big question," Hubbard said. "And I have asked that. We are having a hard time finding out who actually owns it."

Hubbard said several small contractors have received permits to install the lines but won't tell the county who is behind the whole project.

"Who's going to operate it?" Hubbard asked. "And who do we contact if there is an issue?'

Several of the poles, on closer inspection, have "Verizon" printed on them.

We asked Verizon if they are installing 5G in the area but received only a cryptic answer: Verizon spokesman Joon Choi said "the only 5G cities we have announced so far are Houston, Indianapolis, Los Angeles and Sacramento."

Will these mystery poles become 5G towers? Is Verizon already installing 5G in the Greenhills and Forest Park area? No one will say.

Some Greenhills residents such as Helen Booker said they feel the concerns are overblown.

"I don't mind because if it's going to help people get better reception, I think it would be very beneficial," Booker said.

Others, such as Andrew and Anna Steele, say they want more answers and the chance to have some input before 5G towers spring up all around the tree-lined streets of Greenhills.

She worries she may not.