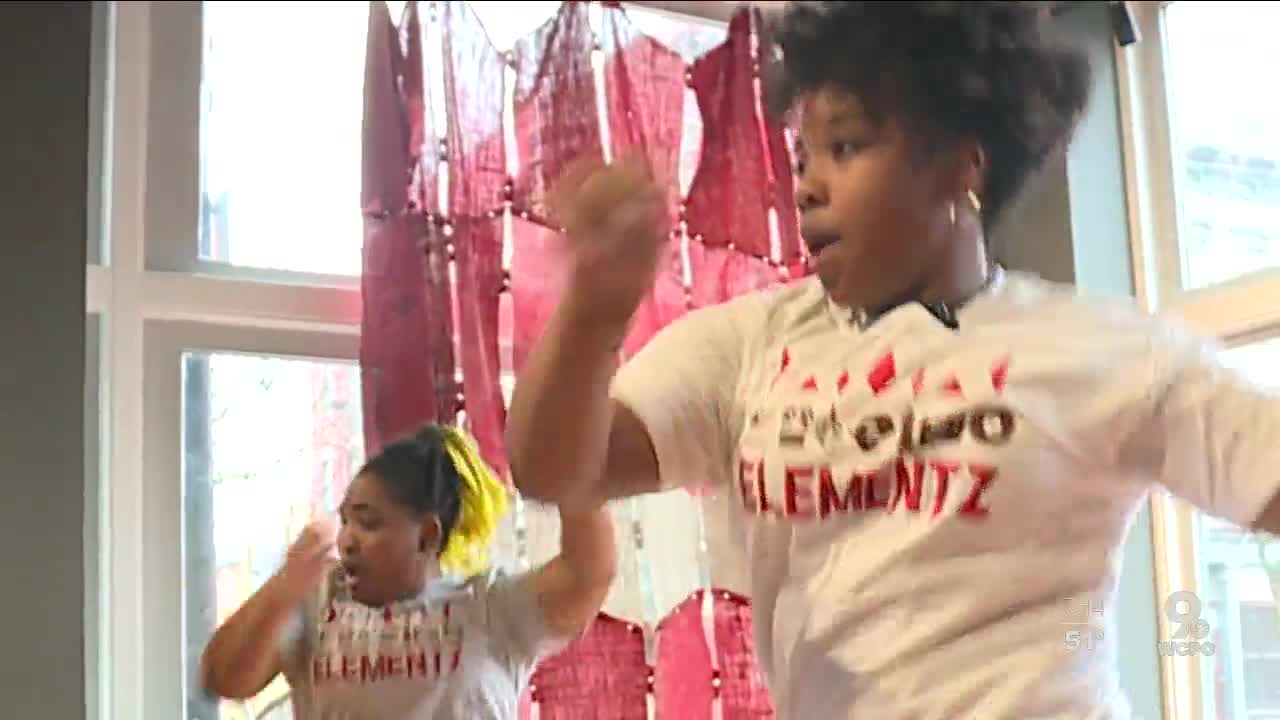 One eight count at a time, Chenelle Jones and Anaya McNair are working to morph the face of hip-hop in the heart of OTR. Years ago, when they started dancing at Elementz, they noticed there weren’t many women to talk to.

“As anybody who's ever paid attention to hip hop...it's very male dominated,” said Jones.

Through dance, music production and art, Elementz trended male, but that didn't stop these two - and they reaped the benefits.

McNair, inspired by one of her Elementz teachers, joined Jones to become instructors themselves.

Now, they hope to increase the lady ranks in their local hip-hop forum.

“We're trying to empower young ladies and let them know anything they wanna do, they can do,” Jones said.

Elementz serves hundreds of kids a year, mostly boys. But the girl ranks are growing. Jones says the organization now has a woman instructor in the DJ program, and team “CA Squared,” which stands for “Confidently Creating Active Achievers,” happens to be all girls.

“Now that I'm one of the instructors...and I'm on that higher level that people can look to...it makes me happy. I have girls talking to me about school, about life,” McNair said.

And they aim to prove hip-hop is more than a guy thing, focusing on women being strong and powerful for students like Bethany McIllwain.

“You know we can be just as strong as men when we hit moves,” McIllwain said. “Great to empower one another with those movements.”