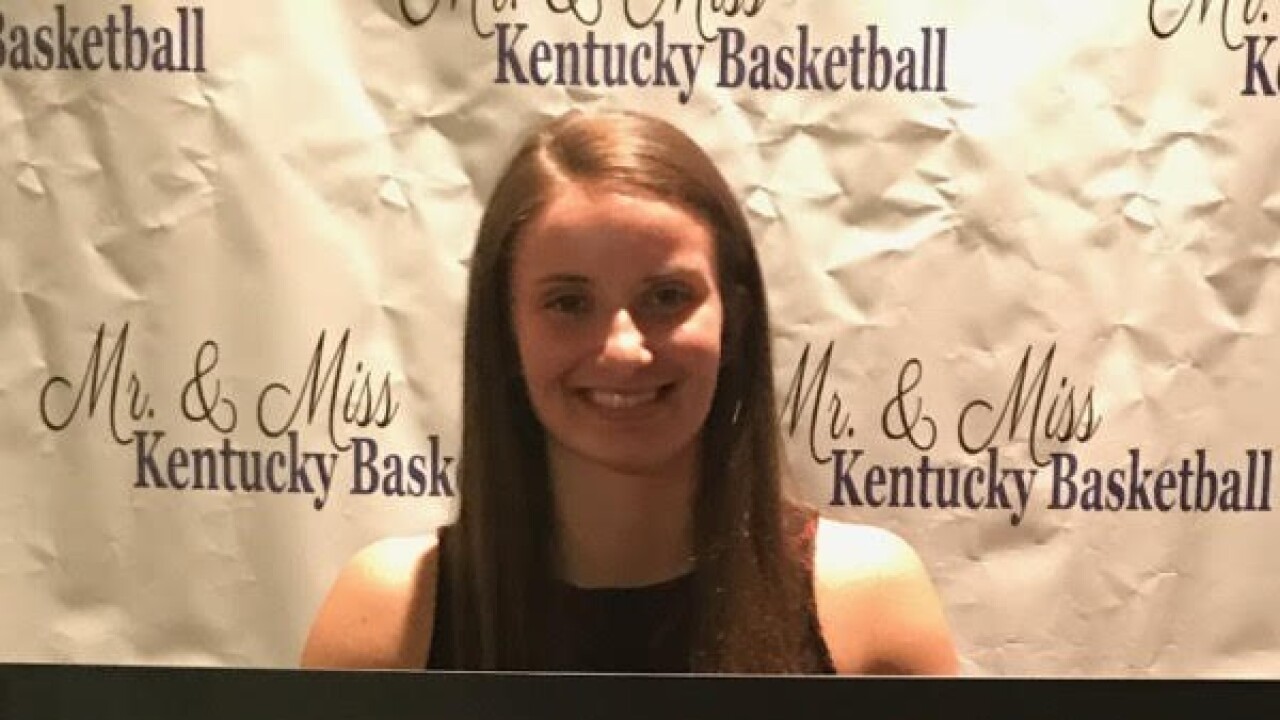 HIGHLAND HEIGHTS, Ky — For Lindsey Duvall, it was a "surreality" check on New Year’s Day 2021, when she was at Louisville’s Yum! Center ready to take the basketball court as she had done so many times before.

This time was different -- the former Louisville women's basketball player was suiting up for the NKU Norse, and she and her teammates were gearing up to play her former squad.

It was time to stop being polite and start getting surreal.

“It was weird, I'm not gonna lie,” Duvall said. “When I first came out, like oh my goodness. In warm-ups we all saw each other. Like holy crap, this is for real."

The former Cardinal was now a member of visiting team.

“We hugged it out, but once the game started it wasn’t weird anymore. I heard them call some plays and I said, ‘I remember that,’” Duvall said.

Joining the Norse helped Duvall remember the dominant player she once was, even before high school. As a seventh grader, Duvall began playing varsity at Bullitt East in Mt. Washington, Kentucky. By her senior year in 2017, she was named Kentucky’s Ms. Basketball. Then, a tumor in her left knee impacted her effectiveness.

“When I was younger, if I had a bad practice, it would be the worst day of my life,” Duvall said.

It took four surgeries to correct the tumor. Louisville women's basketball is a national title contender most years. By the time Duvall was fully healed, she’d fallen in the rotation with the Cardinals.

“It was a reality check,” Duvall said. “I questioned could I still play like I used to play in high school. I had a tough time. But I matured during this time. Realized other things than basketball.”

NKU head coach Camryn Whitaker has known Duvall since she was in middle school. She recruited her as a college coach. When Duvall decided to leave Louisville, Whitaker was who she wanted to play for next.

“She’s come so far since seventh grade,” Whitaker said. “While Louisville was hard for her, I think that experience humbled her.

“Getting her to remember what she could do was really important when she got here.”

The physical rehab was behind her. A little food for thought helped the mental side - it was Duvall's pleasure to serve while working at a Lexington-area Chick-Fil-A.

“I loved that job. Great food. I learned manners quick. It was the perfect gig for me," she said.

For Duvall, NKU has been the perfect fit. She scored 20 points and added 7 rebounds against her old teammates, leading the Norse in both categories.

Her 15 points and 8 rebounds per game both are top five in the horizon league, where NKU is 4-0 in conference play.

Duvall and the Norse didn't get the upset against the second-ranked Cardinals on New Year’s Day, but she's all smiles as she heads into the new year with her new team.

“Feel as good as I've ever felt. Even in high school. Stronger. Mentally smarter. Think it’s due to all my college years,” Duvall said.