When developmentally disabled suffer abuse, why does system to protect them come up short? 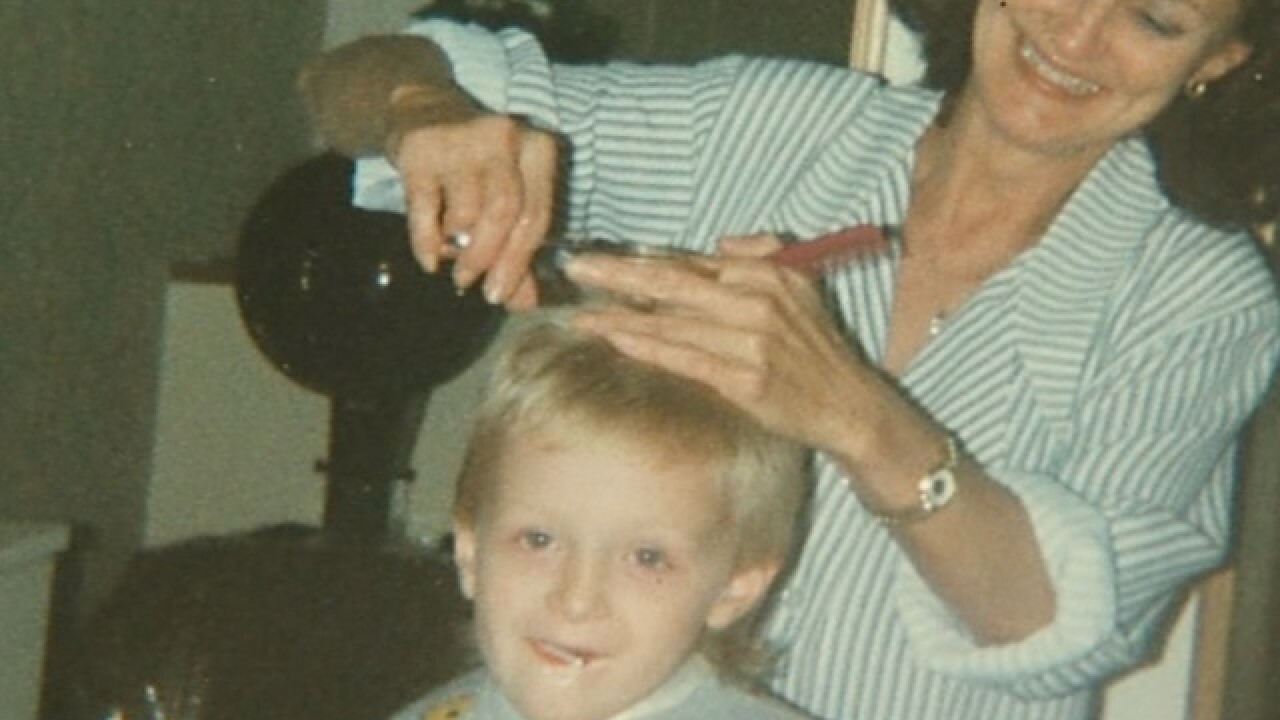 COLERAIN TOWNSHIP, Ohio -- Debbie Martin was at work when she got the news so many parents dread: Her son was hurt. He needed to go to a hospital.

Her son, Adam, is 24 years old. He has severe autism, and someone has to watch him all the time.

The only thing he could say that day: "I hurt."

Adam's longtime caregiver took him to Mercy West Hospital, off North Bend Road in Green Township. Debbie met them there.

X-rays showed Adam's right arm had been broken in two places. He needed surgery to fix it. Doctors put two plates and 20 to 30 screws into his body.

Adam had spent that day at an adult care facility before he got to his caregiver's house. Someone at that facility had violently twisted his arm, according to a county investigation.

Now, more than a year later, Debbie has reached a deal to settle a federal lawsuit. But she's no closer to knowing who hurt her son.

As the I-Team discovered, it's not uncommon for state and local officials to hit a dead end, leaving parents like Debbie in the dark -- and letting abusers escape criminal prosecution.

'I thought he was successful there'

Debbie is a single mom, working to support herself, Adam and another son.

When he was 4 years old, Adam was diagnosed with autism; later, doctors found he had bipolar disorder and attention deficit hyperactivity disorder, too.

He's mentally challenged, Debbie said, and "significantly behind" for his age.

"He communicates to say, 'I'm hungry. I want something to eat,'" she said. "He cannot carry on a conversation like you and I are."

His whole life, Debbie has faced challenges with school and money and programs to help her son.

When he turned 18, she filed the paperwork to be Adam's legal guardian. As he became an adult, she had to find somewhere new for him to go during the day while she worked.

There weren't many options close to their home in Colerain Township. One was operated by Residential Management Systems Inc., or RMS, on Winton Road in Springfield Township. The center had basketball and arts and crafts; sometimes, the group went on outings.

For about a year, Adam went there for five hours a day, five days a week. Debbie said the staff told her Adam was doing great -- getting involved in activities, playing basketball.

After spending the day at RMS, a private transportation service took Adam to his caregiver's house until Debbie got off work. That same woman has looked after him since he was about 10 years old.

That afternoon, Adam's flinched as the caregiver took off his jacket. His arm was swollen and bruised.

Because of his disabilities, Adam couldn't tell anyone what happened to him.

An orthopaedic surgeon determined he suffered a severe injury. According to a county investigation, either someone had violently twisted his arm or he suffered an especially violent fall.

Those investigations aren't ordinarily available to the public; Debbie shared the reports with WCPO’s I-Team because she wants people to know what happened to her son.

During the course of the investigation, she also found out Adam wasn't as happy as RMS staff told her: He was irritating, they told an investigator during interviews, and it was hard to get him to do things.

"I was totally, totally surprised. I thought he was successful there," Debbie said.

He hasn't gone back to RMS since.

Adam's longtime caregiver took photos of his arm and sent them to Hamilton County Developmental Disability Services. The agency oversees the county's 900 residential and day programs.

Jennie Flowers oversees investigations for the agency's Major Unusual Incidents division. The majority of facilities are safe, she said, with upstanding employees.

The year someone hurt Adam, Flowers and her team of eight looked into about 1,100 of the most serious cases.

"That does not include just everyday calls and unusual incidents," Flowers said. "I would say that number is probably three times that amount."

In Adam's case, county and state investigations found the evidence pointed to abuse: If he'd fallen, investigators believed he'd have some kind of other injury on his right side, not just his arm. He didn't: no bruising, no scratches.

And the orthopaedic surgeon said Adam wouldn't have broken his arm like that from just bumping into a wall: Instead, it was so severe he compared it to a motocross rider falling 15 feet, or someone who'd been hit with a baseball bat during a street brawl.

Adam's care plan called for someone to watch him at all times while he was at RMS; he was even supposed to get help in the restroom.

No one there could explain what happened to Adam that day.

Springfield Township police did their own investigation; they couldn't figure out, with certainty, who was responsible.

But a Springfield Township detective did find two RMS employees both thought the same coworker might have hurt Adam. Martin included that man in her federal lawsuit; we're not identifying him because he hasn't been served with the lawsuit and we were unable to reach him.

The county did its own investigation. Flowers talked with Adam's mother, doctor, longtime caregiver and RMS staff. She came to three conclusions:

RMS denied any wrongdoing; the company argued Adam was supervised according to his care plan the day he was hurt.

Once they're finished, county investigations go to the Ohio Department of Developmental Disabilities for a review. Because RMS disputed the county's findings, the state did its own investigation and upheld the county's conclusions. However, the state but didn't think there was enough evidence to say, with certainty, the abuse happened at the care facility and not on Adam's ride home.

Adult day care facilities, like Adam's, are inspected every three years depending on the services they provide. Ohio law requires dog breeders to be inspected more often.

Debbie thinks the facilities ought to be inspected every six months.

"That could be excessive in the eyes of people, but staff changes, things happen," she said. "I don't think once in three years is enough."

A question of oversight

In cases like Adam's, where investigators can't find the abuser, sometimes an entire team is held responsible. The county then works to put preventative measures in place so it doesn’t happen again. That can include retraining, additional staffing and more supervision.

Then the county asks for proof the things on the prevention plan have been done.

RMS did what the county asked. None of its employees lost their jobs because of what happened to Adam.

In a statement through its attorneys, the company said:

The public might not ever know if a facility has a prevention plan in place because, like the investigations, the records aren't public.

Staff at adult care centers have a "duty to report:" if they know about abuse or neglect of someone under their care, they're required by law to report it to government officials.

Someone who was supposed to look out for Adam didn't do that, his mother, the county and state all said.

To Debbie, that's the point of her lawsuit: to get some justice for her son, and to make sure other families know what can happen in secret.

"I’m doing it for the principle. It's wrong. The money doesn't mean anything to me. A place should not be doing that to people, if that’s what’s happening there."