What to expect from Ohio medical marijuana dispensaries 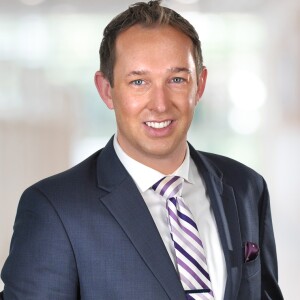 ARLINGTON HEIGHTS, Ill. -- Ohio officials have said the state's medical marijuana program won't be ready to launch by the Sept. 8 deadline, but people at the future dispensaries like Verilife on Ridge Road in Columbia Township, Ohio, are still hard at work getting ready.

Verilife is owned by the Illinois-based Pharmacann. Despite a delay in licensing Ohio's 25 approved cultivators, Pharmacann expects to be selling products in Columbia Township in just a few months.

The company also operates in Illinois and New York. Their model dispensary opened just last month in Arlington Heights, Illinois. They gave 9 On Your Side a sneak peak for an idea of what it will be like for their medical marijuana patients in Ohio.

Use Chrome, Firefox, MS Edge, or Opera to view video in 360. Open in YouTube

"It's completely separate from when you think of a dispensary when you look at the West Coast model and you see the big things where they're scooping out (marijuana)," said Dan Militello, Pharmacann's Illinois dispensary district manager.

Their Verilife shops in Ohio will look less like a vape shop and more like an office.

"It's somewhere where we want you to be comfortable," Militello said.

Their model shop in Illinois features a comfortable waiting area up front, and plenty of literature about the state's medical marijuana program. Behind the check-in desk, there are several private rooms where patients will meet with employees.

"Cannabis is different, it's not a fix-all-the-same-thing for every single patient, so you want that one-on-one kind of feedback so we can figure out what's working for you, what's not working for you," Militello said.

The products themselves are all hidden away in the back, except for a few displays.

The facility will also be very secure, according to Pharmacann Public and Regulatory Affairs Director Jeremy Unruh.

Only patients will be allowed in the back, and they'll have to have a medical marijuana program card and be accompanied by one of the patient care representatives.

Unruh said their average patient won't be a young person who just wants to get high.

"Ohio is going to be surprised in that its patients are going to be the 55-year-old white woman with cancer or the 78-year-old African American man with Parkinson's," he said.

There are 21 medical conditions which can qualify a patient for medical marijuana in Ohio.  A doctor has to take a two-hour state-approved training course and then apply to be certified with Ohio's Medical Board in order to recommend medical marijuana. The state has licensed 185 doctors so far, including 23 in Greater Cincinnati. For a patient to qualify, the doctor must apply to the Ohio Board of Pharmacy on their behalf.

Patients still won't be allowed to smoke marijuana. The state's 56 dispensaries -- including seven in Greater Cincinnati -- can distribute marijuana in the form of edibles, oils, patches and for vaporizing to patients. The patients and their caregivers can possess as much as a 90-day supply at any given time.

Ohio could have a slow start, especially since cultivators were delayed by not receiving their certificates of operation in time for the Sept. 8 launch date set by the law. Unruh said he's seen a similar learning curve in other states. Ohio was the 25th to legalize medical marijuana.

"These programs in the state, they're a little bit like a garden hose or a pump where you turn them on and they cough and sputter for a little bit before they kick and and start putting out kind of a constant stream," he said.

And everything takes longer because marijuana is still illegal under federal law. The Controlled Substance Act lists it as a Schedule I drug, the highest level, which officials consider to have no currently accepted medical use and a high potential for abuse. Other Schedule I drugs include heroin, LSD, ecstasy, meth and peyote.

"You kind of have to put a factor on everything you do," Unruh said. "Everything costs more, takes more time and takes more effort."

From seed to sale

State regulators have selected 25 cultivators to grow marijuana in Ohio. About half of them can operate an initial cultivation area of up to 25,000 square feet, and the rest can cultivate in about 3,000 square feet.

There's a lot more science in growing marijuana than one might expect. Scott Rosebaum runs the cultivating side of things for Pharmacann, which was also picked as one of Ohio's cultivators. The process involves cloning plants and changing the air flow and light color in a series of greenhouses.

"It's regulated very, very tightly in that we have to collect a lot of data in what goes in, what we supply the plants as far as any fertilizer that's given to that plant a day," Rosebaum said.

It takes eight months from planting to harvest.

Use Chrome, Firefox, MS Edge, or Opera to view in 360. Open in YouTube

As many as 40 licensed medical marijuana processors in the state will take the plants grown by the cultivators and refine them into extracts. The products they distribute to dispensaries must be in a child-proof, tamper-evident package that states where it was cultivated or the name and license of the processor. The label must also include the registered name of the medical marijuana plant strain, a unique batch number and the name and license number of the lab that performed the required tests on the batch.

Use Chrome, Firefox, MS Edge, or Opera to view in 360. Open in YouTube

The processed and tested products then go to the dispensaries, like Verilife in Columbia Township.

"It will go by what they need," said Joe Quareles, the lead extractor at Pharmacann. "It it's a pain issue, a hunger issue, whatever they need, there's something we can give them for that."