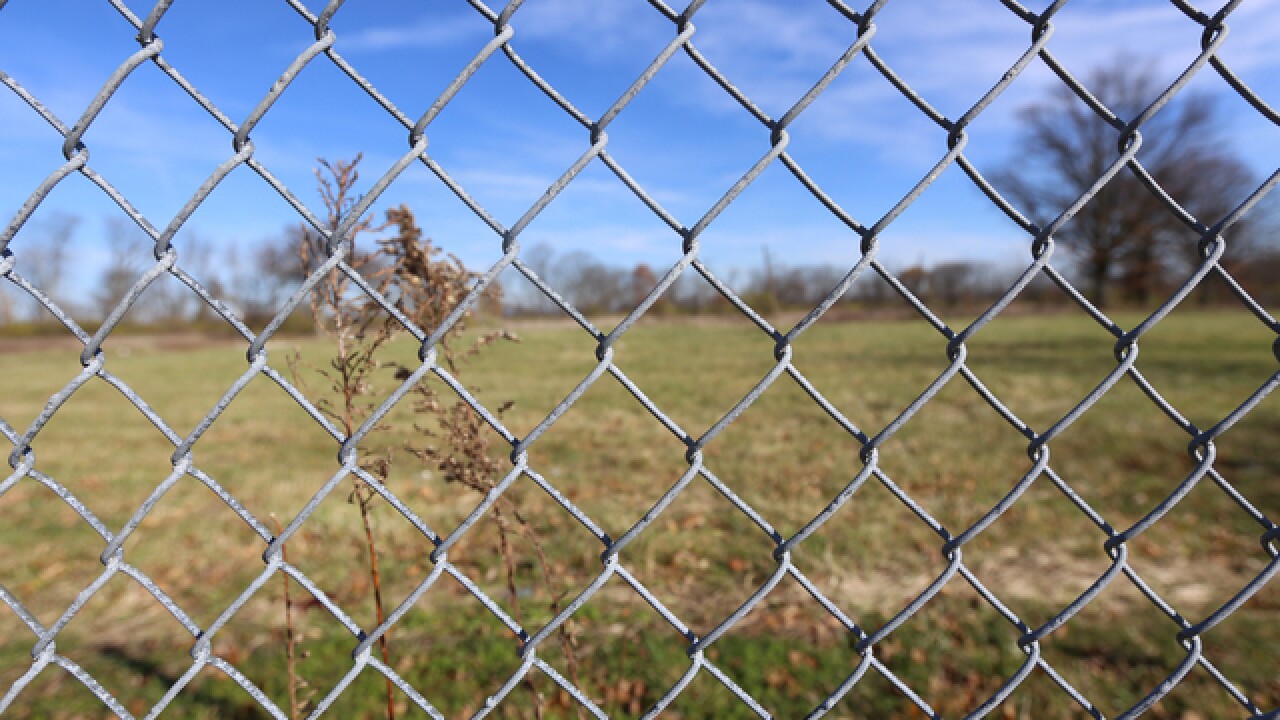 For 65 years, a remote hilltop just west of the Mill Creek was the site of one of Cincinnati’s largest public housing projects.

Today, English Woods is a no-man’s land. The brick, townhome-style apartments were torn down more than 10 years ago. Old streets lead to nothing but tall grass and weeds.  Much of the 50-acre site is fenced off. Discarded pop bottles, cigarette wrappers and other garbage accumulates.

That may all change.

The owner of the sprawling property, Cincinnati Metropolitan Housing Authority, has plans that, if they come to fruition, will transform the forgotten neighborhood.

The housing authority wants to essentially recreate the lost community of English Woods.

The agency wants to build what it calls “an urban village,” that would include new housing as well as retail and other amenities. The agency says it wants extensive landscaping, tree-lined streets, underground utilities, a walking trail, sports courts, a sprayground, space for health care and educational services and a hilltop overlook.

It would be nothing less than the creation of a new neighborhood, a creation overseen by the region’s largest public housing agency.

“We want to make it a walkable community where lots of different income levels can partake in a great neighborhood,” said the housing authority’s CEO, Gregory Johnson.

It may be the largest project ever undertaken by the housing authority. It’s certainly the largest since the $200 million CityWest project in the West End that dates to 1999.

That’s the vision. The details are still to be determined. Housing authority officials are seeking ideas from private developers and have formally requested proposals. By last week’s deadline, CMHA had received three proposals.

“We want to take a look at what creativity developers have and how they would plan on financing that,” Johnson said.  “Then we want to see how that fits in to the neighborhood and if that’s supported by the neighborhood, and then make the best choice for the organization and the surrounding community.”

Johnson said one or two developers will be selected who will take the lead on the design of the project, although CMHA will likely continue to own the land.

It’s an ambitious plan to repopulate one of the largest tracts of land available for development in the city of Cincinnati.

The English Woods site has largely lain fallow since 2005, when CMHA tore down about 700 units of public housing. The two-story brick townhomes had been built around 1940. Nearly all the residents were African American.

Today, it’s an eerie scene. Only one street, Sutter Avenue, runs through the property. Metro’s 49 bus still stops there.

An old basketball court, with the asphalt cracked and the backboards removed, is overgrown with weeds. Unused wooden utility poles lean precariously. The shell of the English Woods Market still stands, with its sign advertising “Hot Fast Food,” “Beer & Wine,” and “Checks Cashed.”

And while most of the site is empty, people still live in English Woods.

In the middle of the acreage stands a 15-story apartment building. Marquette Manor, also owned by CMHA, provides housing for low-income seniors in 139 one-bedroom apartments. CMHA plans to demolish the tower and replace it with 146 new one-bedroom units in low-rise and “cottage-style” buildings.

On the eastern end of the neighborhood is the Sutterview community. Sutterview is composed of 114 units of CMHA-owned housing, townhome-style buildings constructed in 1960.

Staying engaged with those communities at each step of the decision-making process ahead will be critical for public support and to ensure the ultimate plan is in keeping with the larger community’s needs.

A project of this scale can go awry. The CityWest project, located in Cincinnati’s West End, has been troubled. Lenders filed for foreclosure and CMHA sought to remove the manager of the project, Boston-based The Community Builders, because of problems with maintenance, rent collection and overall management. TCB still manages that project.

Pamela Adams, president of North Fairmount’s community council, is optimistic about the impact the project could have on her neighborhood next door. She says her community has shared ideas about what they would like to see. “We wanted a grocery store there. We wanted to put a community garden there. And some other retail space.”

North Fairmount resident Lawrence Jones, the vice president of that neighborhood’s community council, said, “They should build stand-alone housing where people can own the property that they’re living in. That’s how you give somebody a hand up and not a handout.”

Sister Barbara Busch has worked with residents of South Cumminsville and other impoverished neighborhoods for decades. She’s optimistic about the plan, but says she will encourage vigilance.

“We’ve committed to working with those neighborhoods to try to keep them engaged,” she said.

The English Woods community and its neighbors in South Fairmount and North Fairmount were engaged in a detailed study and a plan, published in 2013, to develop and improve those neighborhoods.

That plan, the Choice Neighborhoods Transformation Plan, recognizes new, affordable housing as “a possible use” for English Woods, but also recommends more creative uses. Planners advocated for uses that would create jobs, such as light industry or offices. A “live/learn space” that would provide housing and support for first-generation college students, as well as university incubator space, were recommended. Space for urban farming was also suggested.

The plan’s 10-year strategy for the neighborhoods calls for the possibility of office or industrial use to be evaluated in the first three years and for a business anchor to be established by year seven.

CMHA’s only comment on the difference between the 2013 plan, which it participated in, and its current proposal was: “The development will consist of housing and very little retail will be involved.”

It is critical that CMHA officials keep the surrounding neighborhoods – and their elected representatives – informed and engaged as this redevelopment plan moves forward. It is a big idea that will remake a neighborhood and affect the surrounding communities, all of which have suffered from years of neglect. Broad community feedback is essential.

Vice Mayor David Mann was the only Cincinnati City Council member to respond to our inquiry on what should be done with English Woods. CMHA CEO Johnson briefed him on the project only after WCPO.com’s questions. Mann is optimistic – “This is not your grandfather’s CMHA – that’s good,” he said.

But he and others cautioned that the details will be all-important. It is not a good sign that the housing agency has refused WCPO's request to release even the names of the three developers who have submitted proposals for English Woods.

That’s not a good way to start a community conversation about a project that will change the face of Cincinnati. The housing authority management should become much more transparent and accessible to the communities at every step of the way on this important project.

Other stories in the Our Forgotten Neighborhoods series: