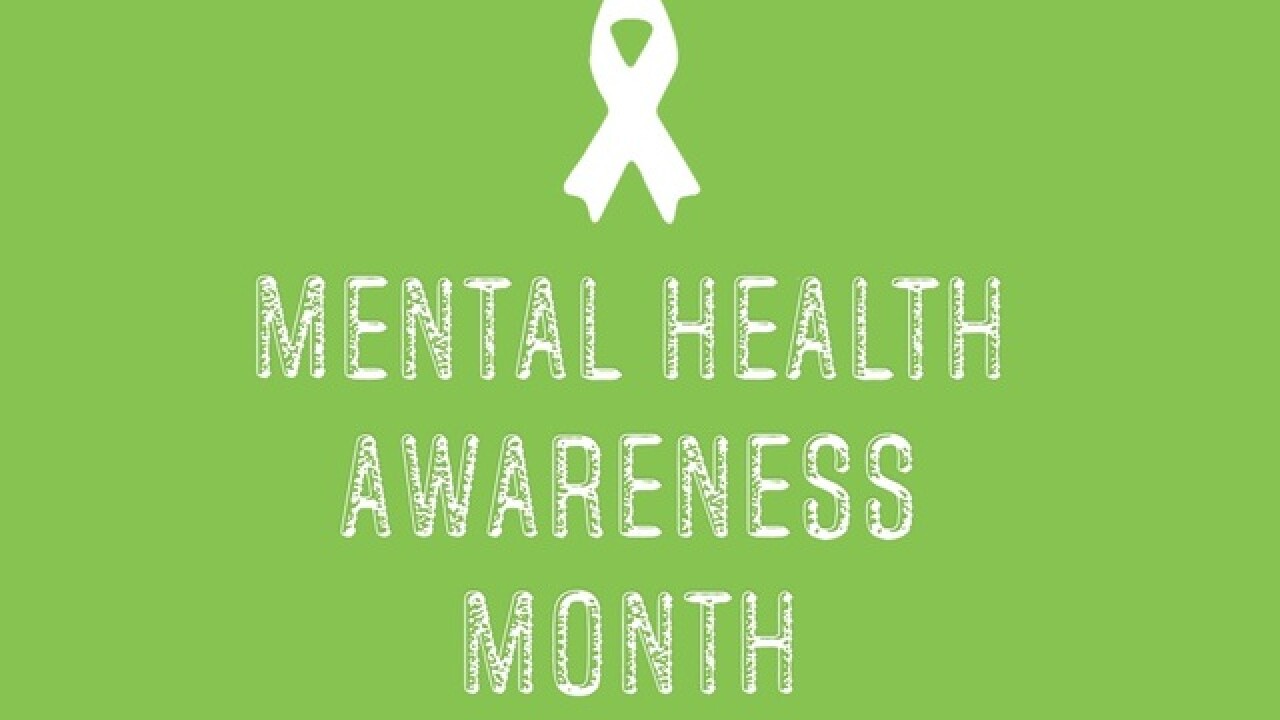 May is Mental Health Awareness Month. But unlike October and "Mo-vember," there aren't many outward signs of advocacy or observance for mental health.

Here's a suggestion -- try working on the way you talk about mental health. You may not even realize it, but every time you call someone "bipolar" or say that someone is "a schizophrenic," you're talking about mental health (but in a negative, damaging way).

Here's why this is important: Using these words nonchalantly and in a joking sense can hurt people whose lives have been turned upside down by mental illness. Not just people with mental illness, also their family and loved ones.

So, for the rest of the month, I challenge you to stop using these phrases to do your part in supporting the 42.5 million Americans who live with mental illness.

People who are organized or keep an immaculate home aren't OCD. Obsessive Compulsive Disorder is exhausting for people who struggle with it, and the effects can control a person's entire day -- or life -- if left untreated. OCD doesn't mean that someone has little quirks or preferences (because don't we all?), it means that a simple act, thought or item is constantly in a person's thoughts and dictates the way he or she lives. The video below does a great job of depicting OCD:

Someone who is moody or emotional isn't bipolar. Bipolar Disorder is a very serious mental illness; it can result in divorce, addiction, homelessness or suicide if untreated or treated incorrectly. Also, people with bipolar disorder don't have mood swings from hour to hour. Many experience shifts between depression and mania over the course of months or years. Calling someone bipolar when they're really on an emotional rollercoaster for another reason isn't only incorrect, it also discards the seriousness of the disorder. Educate yourself with the Discovery video below:

3. "Did you forget your crazy pills this morning?"

There's already a huge negative stigma and a lot of shame swirling around medication for mental illness. Some people have started sharing photos of their medication on social media to help quiet that stigma. But, when someone accuses another person of needing "crazy pills," the work to reverse the negative feelings about medication are knocked back a few steps. Nearly 23 million people in the U.S. do take medication to treat mental illness, such as stimulants, mood stabilizers, antidepressants and anti-anxiety medication. There shouldn't be shame in taking medication to treat an illness, and our language should reflect that.

Would you tell someone they should be locked up in a cancer ward? It's a bleak and kind of scary statement, right? A mental health ward is a section of a health facility dedicated to serving specific patients, like a maternity ward or children's ward. It's unkind to mock patients or to use language comparable to a prison or jail, but a "psych ward" is viewed as a sort of punishment in our society. Cincinnati is actually home to multiple mental health treatment facilities, and it's possible that you pass them on your daily commute. Do what you can -- with your words, if nothing else -- to help end the group thought that a place where mental health needs are addressed is a scary and "bad" place.

I caught my brother saying this the other day. It turns out that he didn't know panic attacks are a physical and very real reaction to severe anxiety. He equated panic attacks to high levels of stress and anxiety as opposed to the serious and frightening reality. People who have panic attacks say they literally thought they were dying. In the world of reality TV, it's not surprising that at least one panic attack was caught on camera:

If someone is paranoid, they are schizophrenic, neither is someone whose thoughts or words don't make sense, or someone who mutters to themselves as they work (because we all have a coworker who does this). In reality, schizophrenia is a complicated and heartbreaking illness for the person affected and their family. It's not as simple as talking to yourself or hearing voices, but actually believing those voices, rational or not. Watch Anderson Cooper try a schizophrenia simulator in the video below:

Unless you've struggled your entire life to sit still, concentrate on tasks or hear and understand others, you probably don't have ADD. If you can read for more than 60 seconds without your eyes and thoughts wandering, you certainly don't have ADD. ADD and ADHD are more than being energetic, spirited or having a short attention span. Both attention disorders come with some issues with sensory overload and limited impulse control. Also worth noting: A person who does not have the brain chemistry of someone with ADD/ADHD, medications for the disorders will mimic the effects of the disorders themselves. Thus, you won't be "ultra-focused"...it would be quite the opposite.

This is a little thing that makes a big difference. When you call someone "a bipolar man," you're defining them by their illness. Just like you might say someone is "a man with a broken leg," it's preferable to say "a man with schizophrenia." Labeling someone with their illness first is dehumanizing; it reinforces people's tendency to think of people with mental illnesses as an "other" group, not part of our society. I'm not saying that calling someone "a schizophrenic man" is offensive or wrong, but it would go a long way to help people retain their identity as they navigate through highly stigmatized territory.

9. These aren't mental illnesses, but they're words worth mentioning.

Intellectual disabilities and developmental disabilities are different from mental illnesses, but I wanted to be sure to mention another not-nice word in this list. Yep, the "R" word. It's never cool to call someone "a retard" or retarded, whether they have an intellectual disability or not. And the same "people first" rule above applies to these words, too. He's a boy with autism, not an autistic boy. And she's a girl with special needs, not a special needs girl. It's so important to remember that people -- individuals -- are much more than their disabilities.