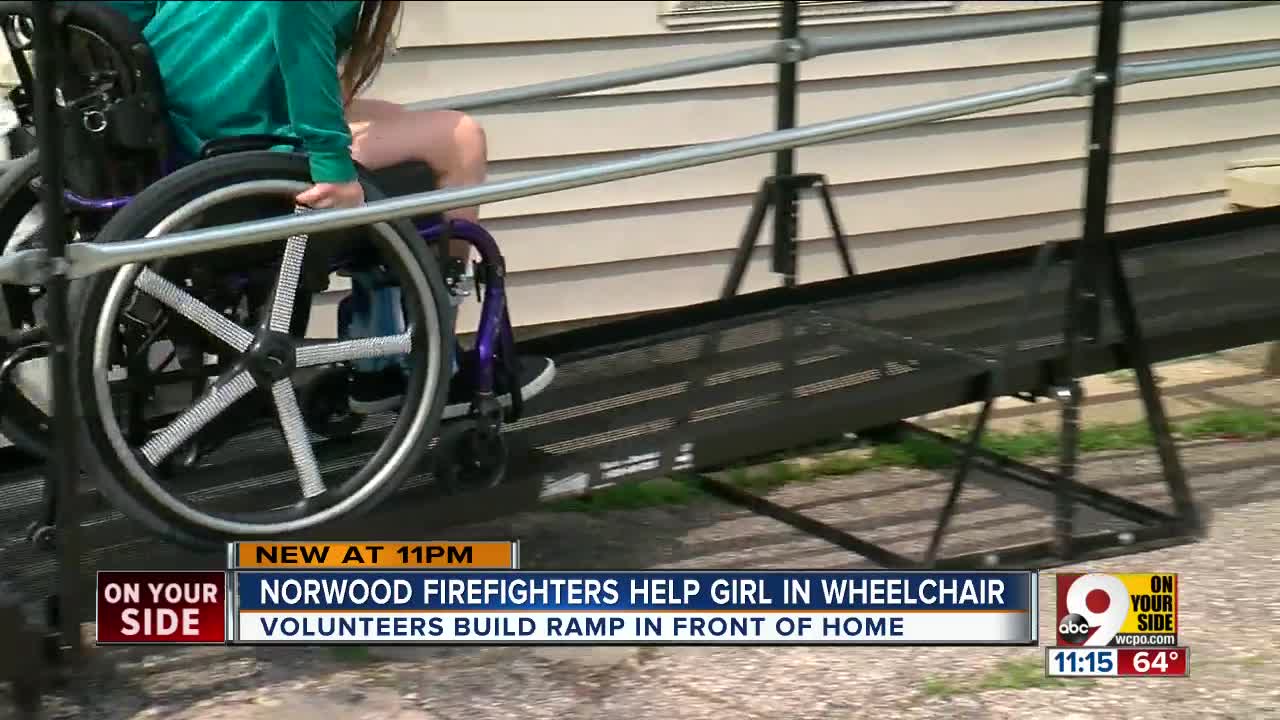 Not every community would have stepped up to help 11-year-old Kailie Worley, her mother said Thursday night. Norwood did.

NORWOOD, Ohio — Emily Worley’s family members knew they needed a wheelchair ramp outside their home for years, she said Thursday night. They just didn’t know how to make it happen. In the meantime, her 11-year-old daughter Kailie needed others — usually siblings — to carry her chair up and down the two porch steps every time she left or came home.

“We had looked at some ramps, little portable ones, fold-ups, things like that, but because of the rise we had (on our porch), we couldn’t find something that was ADA compliant,” Worley said.

Her post to the Norwood Strong Facebook group was one more attempt to find help — a contractor, maybe, or someone in the neighborhood with know-how. The other members responded quickly and kindly, she said. Some pointed her toward the Norwood Fire Department for advice.

She got more than that. A group of firefighters took on the project for free, creating and installing a ramp that will allow Kailie to get in and out of her home under her own power.

"It's absolutely amazing to me,” Worley said. “I know other cities that I've lived in in the past would never have been as generous or reached out."

The Norwood Firefighters Association was happy to help, firefighter and medic Travis Smith said Thursday. The non-profit, which is associated with the fire department, focuses on helping people — particularly children — who need treatments and adaptive equipment for chronic illnesses.

“Anything that we can help with citizens in our community that are having issues, it’s what we’re there for,” Smith said.

That kindness is special, Worley said. It’s also quietly life-changing for her family, which no longer needs to worry about keeping the strict schedule that ensures Kailie is never left by herself or stuck outside, and for Kailie herself.

“This gives a lot more freedom for her,” she said. “It gives her the chance to be somewhat normal.”