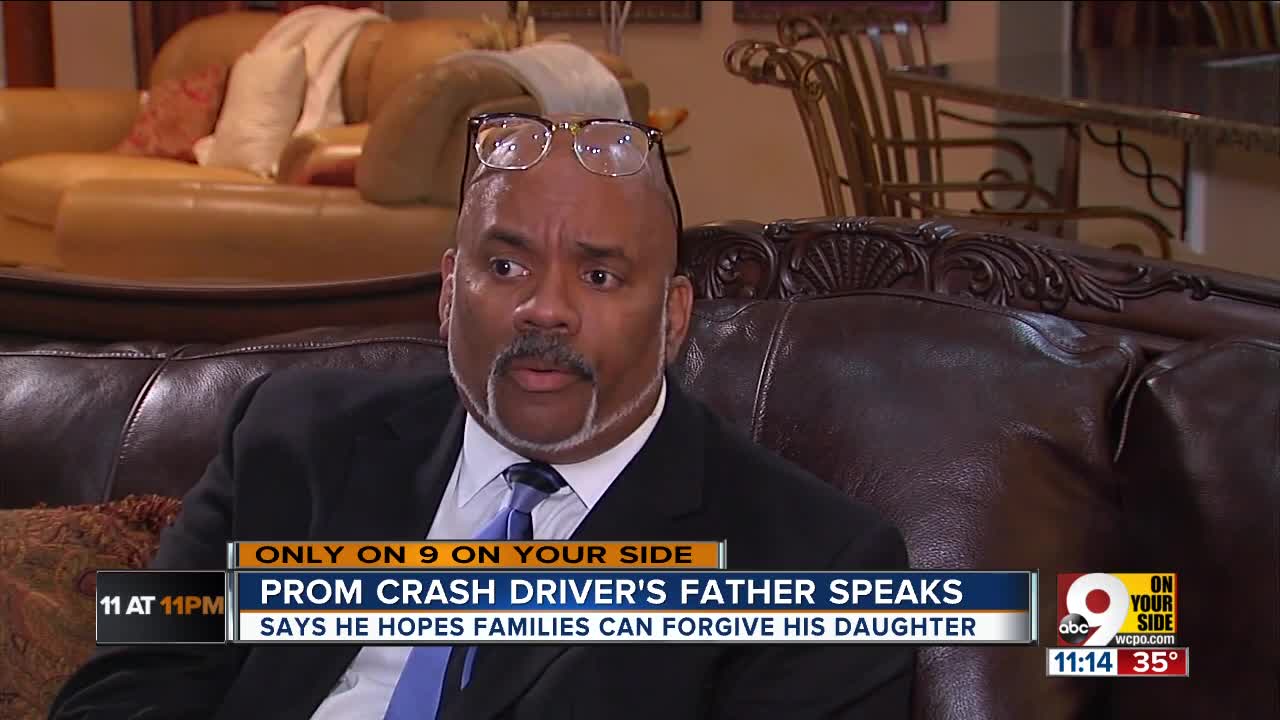 He says his daughter is responsible for everything that happens, but he hopes people can forgive her.

MONROE, Ohio — It started with a group of teenagers, a Tesla, and a hilly, winding country road on prom night. It ended in disaster and the death of one Monroe teen.

The harrowing experience has taken a toll on every family involved, and an entire community. Many months after the accident, the teen driver stood before a judge and a full courtroom and tearfully pleaded "true" — juvenile court's equivalent of a guilty plea — to charges of aggravated vehicular homicide and aggravated vehicular assault on Dec. 3. She was sentenced to six months in a rehabilitation treatment center, and her license will be suspended until she turns 21.

Her father, Dickie Brandon, says he wants people to know his daughter carries the pain of what happened back in April with her every single day, and he hopes that all of the families involved can heal.

"It's hard listening to it, because one of the parents said [she] wasn't remorseful, and I couldn't understand why that comment was made, because she has been remorseful from the very beginning," said Brandon, in an interview.

Once a month, he makes the pilgrimmage to the same stretch of Millikin Road that changed the lives of so many in April. Kaylie Jackson, 17, died after the driver lost control of her parents' Tesla and struck a telephone pole on the rural road. Brandon leaves flowers, and takes time to reflect on the tragedy that happened at this scene.

"I get real emotional still when I go out there, because I know that my daughter," he said. "I know my daughter would want me to do that."

He also knows there's no way of escaping what has happened. His daughter was found to be driving over 90 mph when the crash happened.

He admits that while nothing he says will bring Kaylie Jackson back, he does hope that one day people will be able to forgive.

"This was her close friend, if not her best friend," he said. "They played together. They interacted all the time."

He acknowledges that his daughter cannot escape her mistakes, and stresses that she is responsible for what happened, and is taking that responsibility seriously. But she is also extremely remorseful.

"It's a sentence in itself, a sentence that she has to live with for the rest of her life, and it's not easy," he said.