Home Tour: This LEED Platinum house in the East End comes with charm and a view 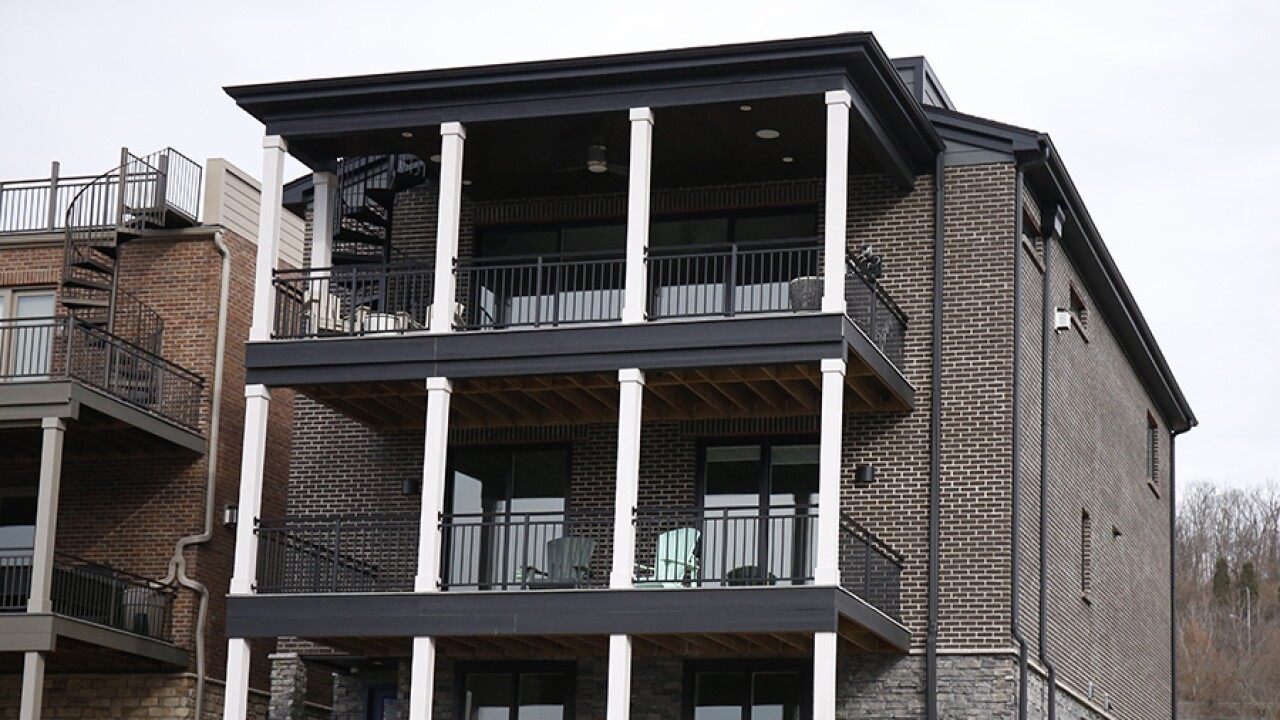 CINCINNATI — After they moved back to the Cincinnati area from Florida in 2015, it took Linda and Larry Zeff a while to figure out where they wanted to live.

“I’d drive around every single day,” Linda said. “I must have looked at hundreds of houses.”

They knew they wanted to be close to Northern Kentucky, where Larry works, and they liked the idea of waterfront property.

“In Florida, we lived on a protected lagoon,” Linda said. “We really enjoyed living on the water.”

During one of her drives, Linda came across a tiny sign for a lot in the East End, on a bend in the Ohio River with Downtown views. It was a fortuitous find: The builder had not yet put it on the market.

So the Zeffs had their waterfront lot. On it, they built a three-story LEED Platinum home. (The U.S. Green Building Council developed the rating system, which stands for Leadership in Energy and Environmental Design.)

To get that certification, the builder included features such as geothermal heat, solar panels and a whole-house filtration system. It’s led to savings in the form of a 15-year tax abatement and low energy bills — Linda said their gas and electric bill is less than $1,000 per year.

Step inside this planet-friendly beauty by checking out our gallery.

In the summer months, they often get a credit on electricity because their solar panels produce more than they need, she said.

Beyond the considerations that come with LEED building, construction had to take into account the fact that the home sits in the 100-year floodplain. Because of that, the Zeffs treated the home’s first floor like a basement, with no living space there. Utilities are hung from the ceiling so they’re above the flood zone.

Even though they’ve only lived in the house for a little more than a year, they’ve already experienced a flood that temporarily eliminated their driveway access. They made the best of it by paddling their kayaks around in front of the house.

Out front is where you’ll find one of the home’s most unusual features.

“Probably the coolest thing about the house is that we have a large putting green,” Linda said.

Back inside, the couple opted to put the bedrooms on the second floor and the living space, including the open kitchen and great room, on the third.

“We liked the view better on the third floor, and we figured that’s where we’re going to be spending our time,” Linda said.

As for the master bedroom, the couple opted for minimal furnishings in favor of a different setup.

“I don’t like having furniture in my bedroom,” Linda said. “So I stole a little space from the bedroom so I could make a big closet.”

A clever feature of that closet is an extra door at the back. Designed to accommodate different schedules, it allows whoever is getting dressed to exit without walking back through the bedroom.

Up on the third floor, the challenge was finding places to put things.

“It’s just a big, open room,” Linda said. “An open concept is really nice, but it doesn’t give you a lot of opportunities for art and storage.”

As fixes, the couple added extra storage in the kitchen and study, including deeper storage than usual in the latter to create a coat closet.

They also managed to display their artwork, which includes statues by Larry’s mother, Ann, and other pieces by his grandmother, as well as pieces they’ve picked up while traveling.

Adding to the fun are little touches like a dining room table that converts to a pool table. (It even has hydraulics to raise the height.)

The home’s best feature, however, is less tangible.

“The main thing we like is the view,” Linda said.

Not only can they see the river and Downtown, but they also have great views of fireworks displays, including after Reds games on summer Fridays and on the Fourth of July.

To take advantage of the view, the couple can head out to the deck off the third-floor living space or take a spiral staircase from there to a rooftop deck.

“It’s fun seeing the activity on the river,” Linda said. “At night, when the riverboats go up and down the river, it’s really neat.”

Want to see this home and its “green” features for yourself? You can visit it during the next installment of the U.S. Green Building Council (USGBC) SW Ohio Chapter Residential Green Committee’s Green Home Tours on Jan. 19. Tours are free for USGBC Ohio members (membership is $70/year) and one guest. Non-members are asked to donate $15 per person at the door. To sign up, contact Chuck Lohre at chuck@lohre.com or 513-260-9025.