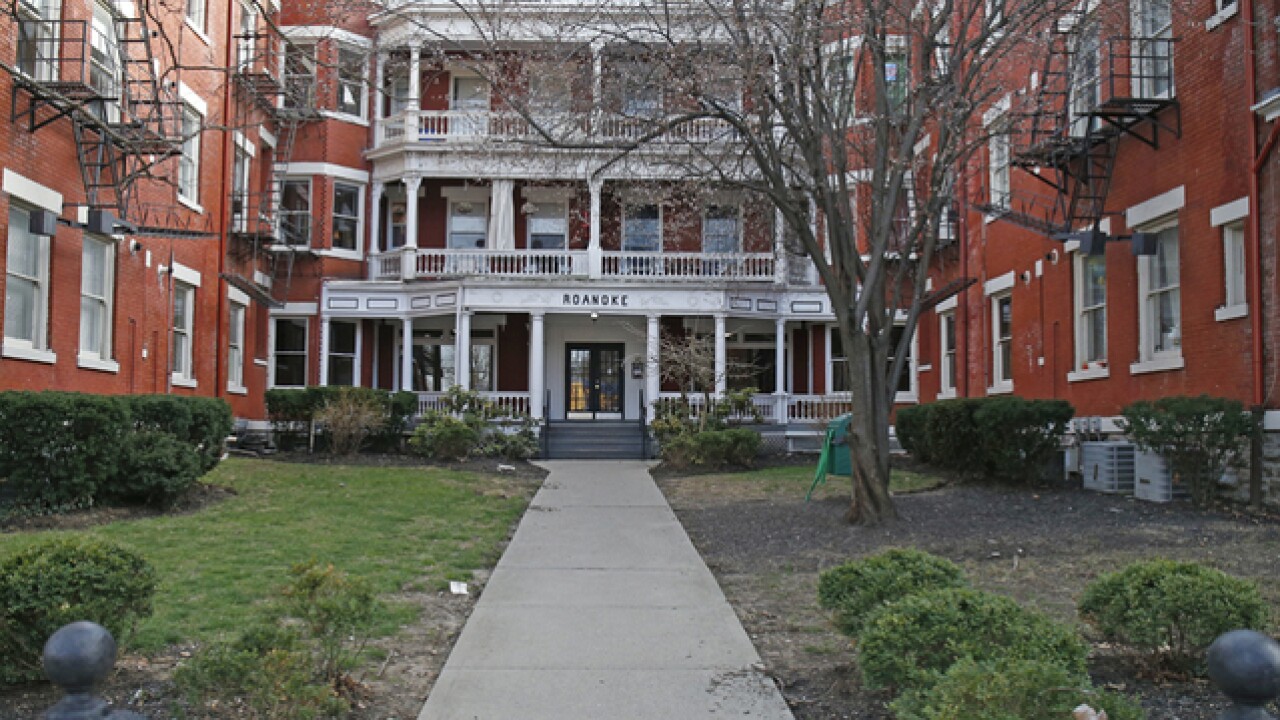 CINCINNATI -- Although early 20th-century modern furniture and centuries-old art are front and center in Brian Andrews' 117-year-old Clifton apartment, Empire strikes back in his dining room.

Andrews' affection for everything Neoclassical comes from his world travels.

Born in Arkansas to an antique-loving mother and an oil industry engineer father, Andrews began his globetrotting at age 5 when his father was assigned to work in the Lebanese capital of Beirut, a city he calls "the Paris of the Middle East."

The University of Cincinnati associate professor of architecture followed his father's assignments to Lagos, Nigeria; New Orleans, Louisiana; Inverness, Scotland, and back to New Orleans to attend his father and three brothers' alma mater, Tulane University. He went on to earn a master's degree in architecture at Princeton in New Jersey, study on scholarship in Florence, Italy, and teach at the University of Virginia in Charlottesville.

Andrews' interest in collecting paintings, architectural prints, modern and Empire furniture and just about anything that piqued his curiosity, such as early American-made electric fans, began in his early teens when he was attending the Inverness Royal Academy, whose roots date to 1232 A.D.

His father had access to a private airplane, and Andrews said he flew with his mother to shop for antiques throughout Great Britain and Northern Europe in cities such as Aberdeen, Edinburgh, London and Brussels. Bitten hard by the antiquing bug, Andrews never stopped hunting for treasures, and the decor in his two-room unit at Roanoke Apartments serves as a mini-museum for his collections.

The collection's foundation, the largest pieces Andrews has brought into his home, are from the Empire period, which blossomed in America in the early 19th century after the rise and fall of Napoleon.

Andrews' bed, dining room table -- an eight-seater he found in Louisville -- sideboard and tables flanking the fireplace are Empire style and set the feel for the room. On the walls of the dining and living rooms hang samples from Andrews' collection of 30-plus architectural etchings by Italian artist Giovanni Battista Piranesi (1720-78). Complementing them are more than a dozen marble busts of historical figures, such as Napoleon, David, Cicero, Venus de Milo, Apollo, Poseidon, Athena, Joan of Arc, Dante and the boy from "Les Miserables," Gavroche.

Not to be too serious about the classics, Andrews tops a few of the busts with old military hats -- Caesar's is Italian, of course -- which are part of a collecting phase that connected him with the annual militariana Show of Shows in Wilmington, Ohio. His sometimes silly, sometimes somber items include a large Red Cross flag from World War II that hangs in the living room.

"If I could see what that flag had seen ... World War II, the blood flowing in Japan and Europe. It's pretty amazing," Andrews said.

The impact Andrews' wall-to-wall, floor-to-ceiling art and antique furniture has on his guests, he said, belies the fact that he has lived in the apartment for less than a year.

"I moved into this unit (from another unit in The Roanoke) in June 2016, and people walk in and say it looks like I've been here for 20 years," Andrews said. "I have a 13-year-old who thinks it's all junk."

Andrews' collection of modern furniture is no joke. He has pieces by some of the greatest designers of the early 20th century, including four chairs from Marcel Breuer's Wassily line, a day bed, ottoman and coffee table from Ludwig Mies van der Rohe's Barcelona line and a chaise lounge by Le Corbusier. Similar looking is Andrews' black leather and chrome living room couch by contemporary designer Daniel Korb.

Andrews' collecting hobby ramped up when he was a young instructor at the University of Virginia. He said that at first he would borrow from a credit union to buy one piece a year. Then he started hitting up antiques stores on a regular basis. He collected in phases, which included the Piranesi etchings, Empire furniture, sculpted busts and militariana.

Among his better buys, Andrews said, is a reproduction of Michelangelo's David that cost $5,000, but has been appraised for more than twice that.

He only buys antiques he can hold in his hands before handing over his greenbacks to sellers. That means there are no eBay purchases for Andrews.

"I got stung by (an Internet seller) who said (her artwork) was original, but when it arrived it didn't have the right watermarks. I was very upset and haven't bought online since. I don't buy anything unless I can see it, touch it, feel it."

Not everything in Andrews' apartment is old, but it's a close call. His daily dishes, for example, are from a 1950s line by Southwest Ohio native Russel Wright. His electric fan collection includes matching pairs of mid-century models produced by General Electric and Fresh'nd Aire.

The Roanoke, Andrews said, is the perfect place for his extensive collections -- and him. As an architecture professor who specializes in urban design, he appreciates the complex's century-old architecture and well-maintained condition.

"It's nice to find a place where all things look decent," he said of The Roanoke. "You can't really compare this with new apartments.”

His unit, Andrews said, is special because of its original features, which include a wooden railed porch that faces into the Roanoke's courtyard entrance.

"I like to be able to see who's coming and leaving, so I sit out there with my pipe," he said. "I first saw the building and said 'That's where I want to live.' Being from the South originally, the porches, living outside ... It doesn't matter what the temperature is outside, I'm out there smoking my pipe.

"This is how housing should be done."