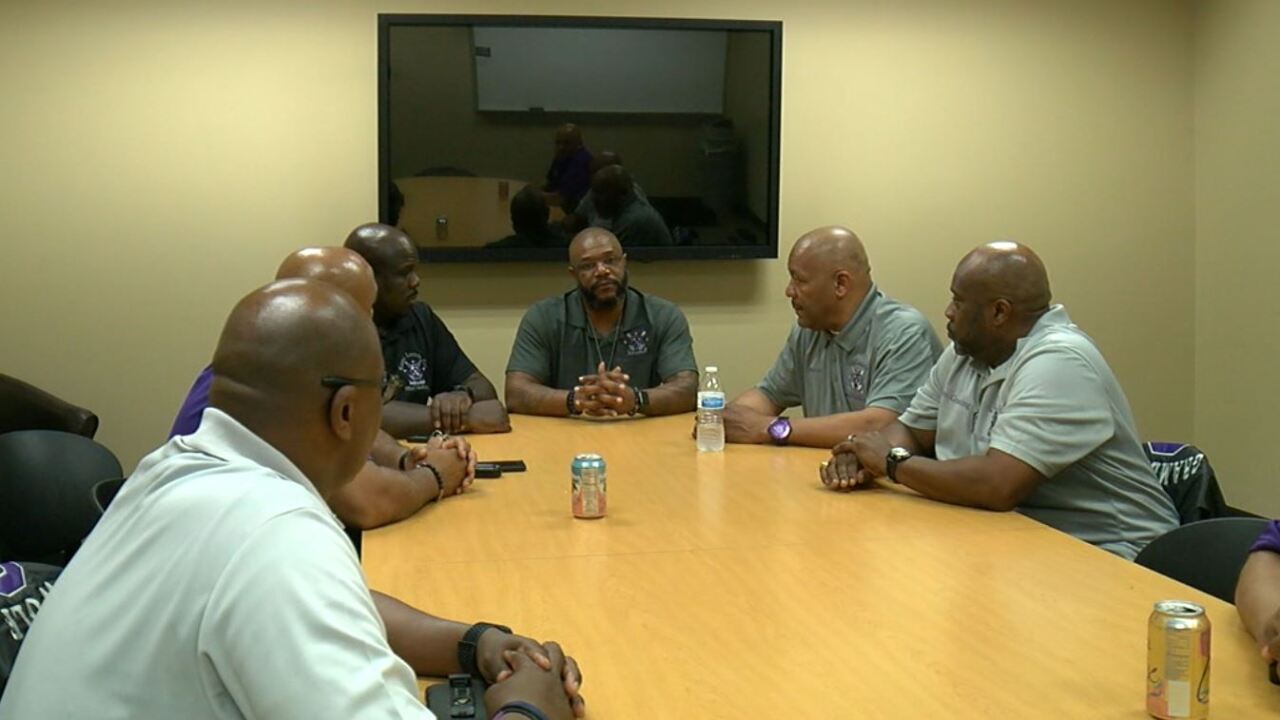 The Kappa Lambda Chi fraternity, an organization for members of the military, is helping retired veterans continue to serve their community.

Keith Anderson Jr., who was a Marine for six years and joined the Army after that, missed the camaraderie of military service after his 2017 retirement. He found Kappa Lambda Chi while searching for something to replace it.

"Veterans transitioning out of the military, they have nowhere to turn to, but now that the fraternity is around — the fraternity has been around six years coming this summer — they have another avenue they can look at to continue that brotherhood they had," Anderson said.

He said sharing similar experiences forges a bond between soldiers that is often missing once they retire from the service.

"It takes someone like us to know us and to know the things we went through, and this brotherhood we have is crazy," Anderson said. "I can pick up the phone and call California and say, 'Hey I’m on my way to your town.' 'Alright, VP, I got you — pick you up at the airport, take you out to dinner.' Just to be able to sit down and talk and build that relationship with one another, it’s a great thing."

Four months ago, the Cincinnati detachment of Kappa Lambda Chi became a full-fledged chapter of the fraternity, along with roughly 28 other veterans from bigger cities in the Midwest including Columbus, Detroit and Chicago.

"It was something really exciting for us 'cause that's what we had been striving for, to become a chapter," Psi Chapter president Morris Jordan Jr. said.

Some fraternity members fulfill their community obligations at the Vineyard Cincinnati Church in Springdale.

"We're in the warehouse putting the food packages together, we're outside handing the food out to the customers," Jordan said. "It's whatever they need us to do, we do."

Anderson said the the look on people's faces when they're out helping in the community is a rewarding experience.

The fraternity is open to all service members. For more information, interested parties can look at their Facebook page.