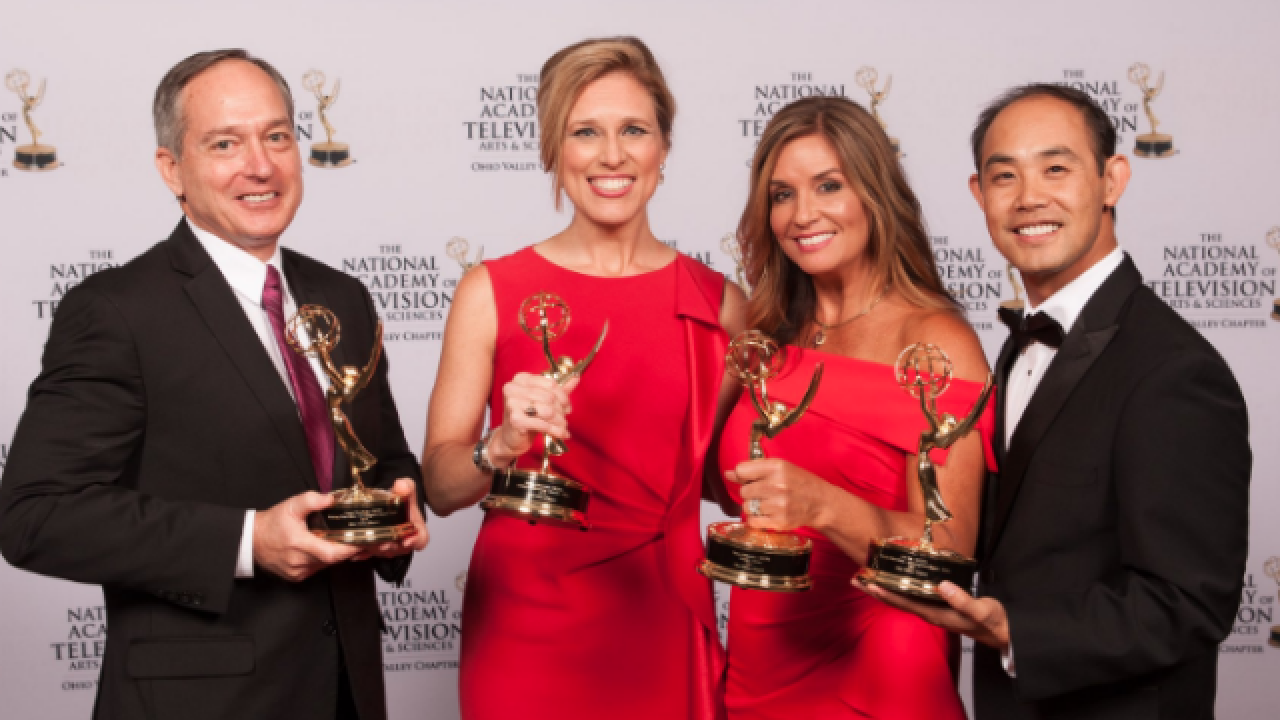 Kristyn Hartman and Tanya O’Rourke each won a Best Anchor award and a second Emmy. Hartman won in Military News and O’Rourke won in the Newscast Evening category.

The 9 On Your Side I-Team won the Investigative Report-Series award for “Policing Their Own,” a report on police accountability that followed a six-month investigation. The I-team collected records from 40 police departments and reviewed thousands of disciplinary cases involving officers. The project team was led by Craig Cheatham and included Dan Monk, Lot Tan, Scott Wegener and Joe Rosemeyer.

Other WCPO Emmy winners were:

Military News – Kristyn Hartman reported on a photo of her father, a Vietnam vet, that appeared as the final "Tour of Duty" image in Ken Burns’ 10-episode PBS project, "The Vietnam War." Chief Photographer Ramsay Fulbright also won an Emmy for his work on the story.

The awards ceremony was at the Lawrenceburg Event Center.