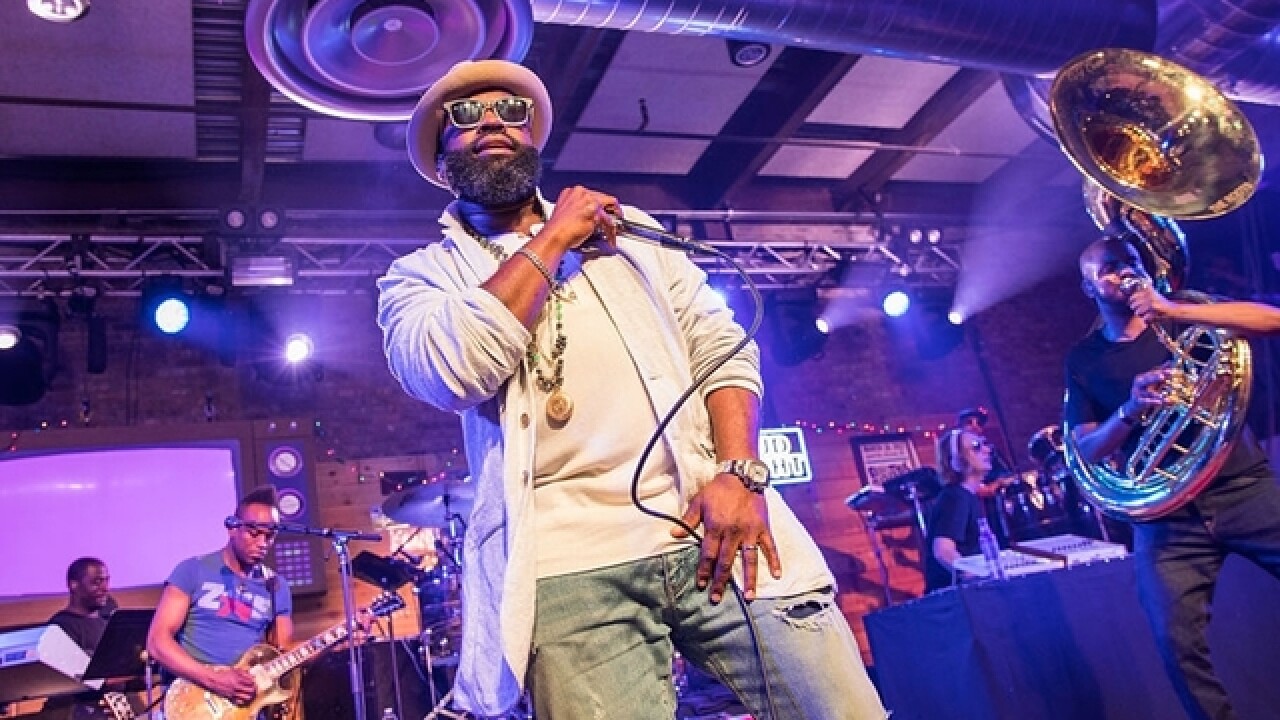 Image copyright 2017 Getty Images. All rights reserved. This material may not be published, broadcast, rewritten, or redistributed.
<p>The Roots take the stage at 800 Congress Ave during the Bud Light x The Roots & Friends Jam Session. Bud Light Americas most popular and inclusive beer brand, sponsor of South By Southwest® for second year in a row is bringing exclusive performances by the Roots to SXSW attendees on March 18th and musical guests include: Jidenna, Cloves, Shakey Graves, and Method Man & Redman. (Photo by Rick Kern/Getty Images for Bud Light)</p>

CINCINNATI – This year's Cincinnati Music Festival lineup is shaping up to be one of the biggest in its 50-plus-year history.

Organizers announced on Facebook that the Roots will perform at the annual festival, which is scheduled July 26-28 at Paul Brown Stadium. The hip-hop group joins previously announced artists Fantasia, Keith Sweat and Boyz II Men on the lineup.

Organizers also announced in January that DJ Jazzy Jeff and MC Lyte will headline Throwback Thursday, the first night of the Cincinnati Music Festival. The event website said six more artists will be revealed in the months to come.

The Roots consists of founding members Tariq "Black Thought" Trotter and Ahmir "Questlove" Thompson, along with Malik B., Leonard "Hub" Hubbard and Josh Abrams, who later joined the band. Black Thought and Questlove formed the band in Philadelphia in 1987.

The Roots have released 10 studio albums, two EPs and two collaborative albums. The hip-hop group has won three Grammy Awards, including best R&B album for "Wake Up!" with John Legend in 2011. The band was also the house band for "Late Night with Jimmy Fallon" from 2009-2014 and continues the same role on "The Tonight Show Starring Jimmy Fallon."

Most recently, Questlove and Black Thought co-executive produced "Hamilton: An American Musical," an album featuring performances from the Broadway show's cast. The Roots also executive produced and performed on the "Hamilton Mixtape," a supplementary soundtrack to the Broadway musical released in 2016. Fun fact: Cincinnati got a mention in the 2004 single "Star/Pointro" on The Roots' album "The Tipping Point."

Last year's Cincinnati Music Festival was one of the event's most successful editions, said Joe Santangelo, president of the festival organizer Santangelo Group. He estimated more than 70,000 tickets were sold for the three-day event, which R&B stars Mary J. Blige and Usher headlined.

Tickets are currently on sale at www.cincymusicfestival.com.