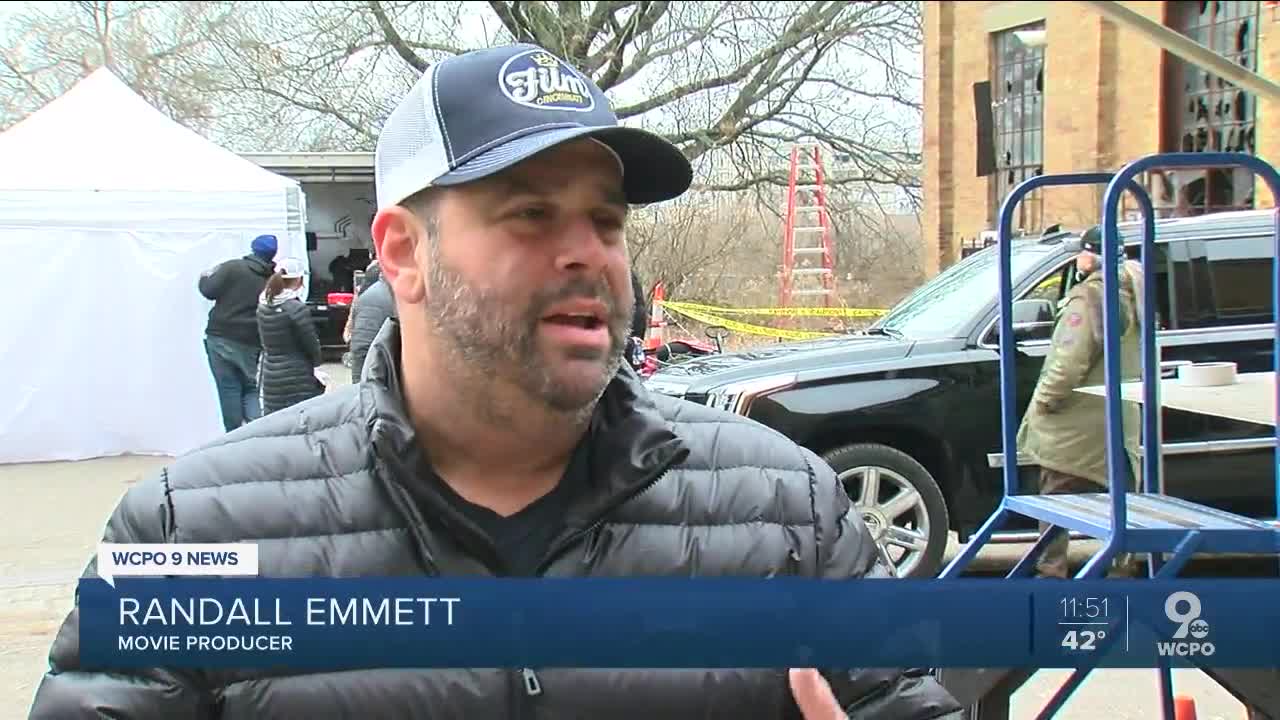 On this cold winter day a man is roaming the set who might just earn his first Academy Award for best picture for his film, "The Irishman." 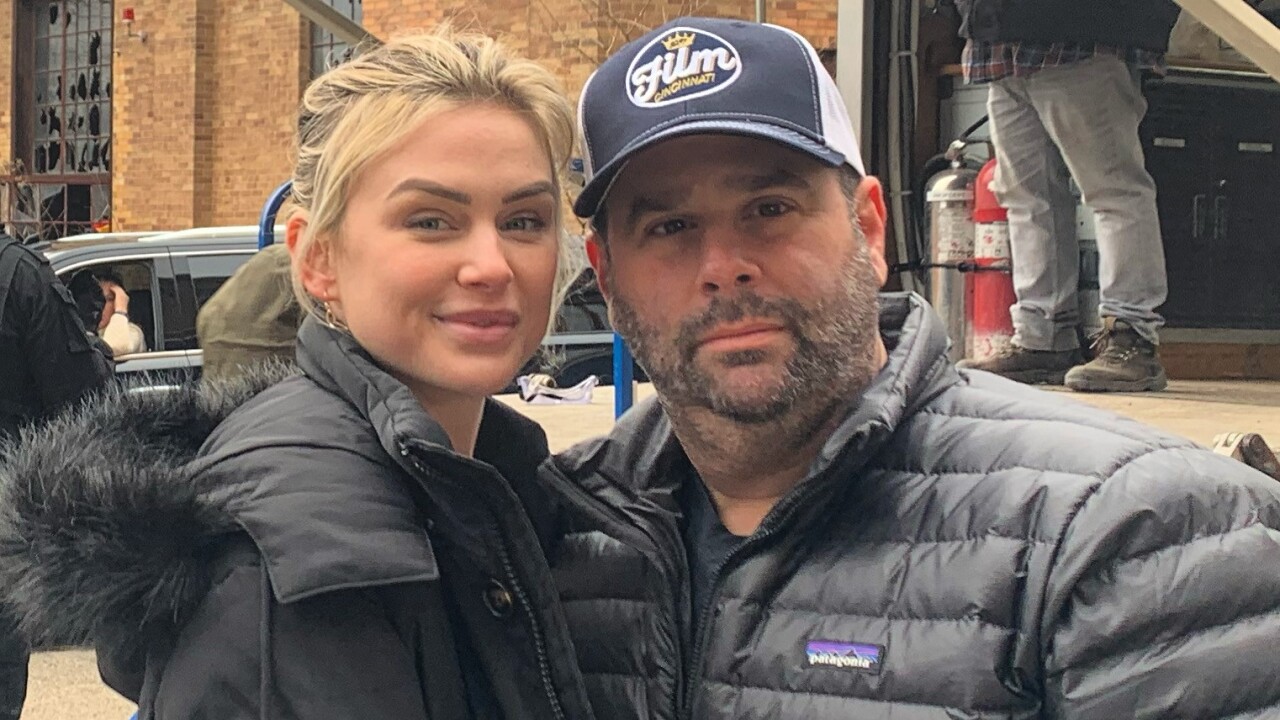 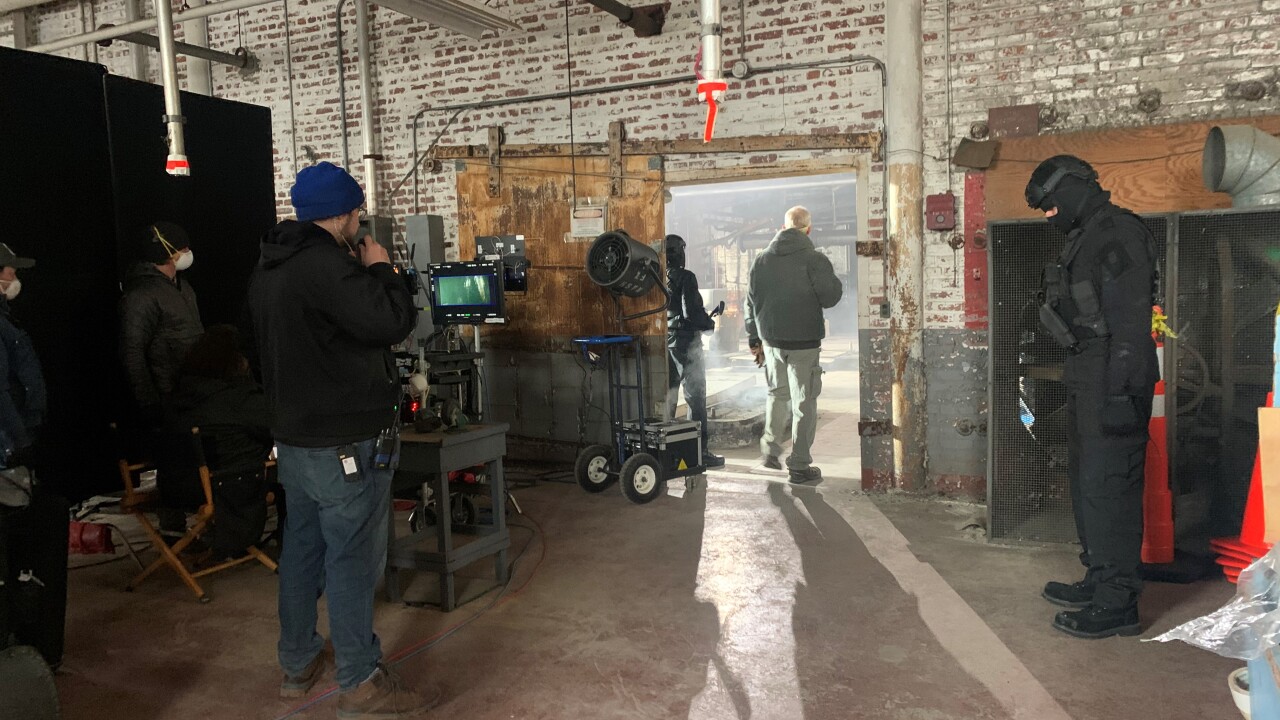 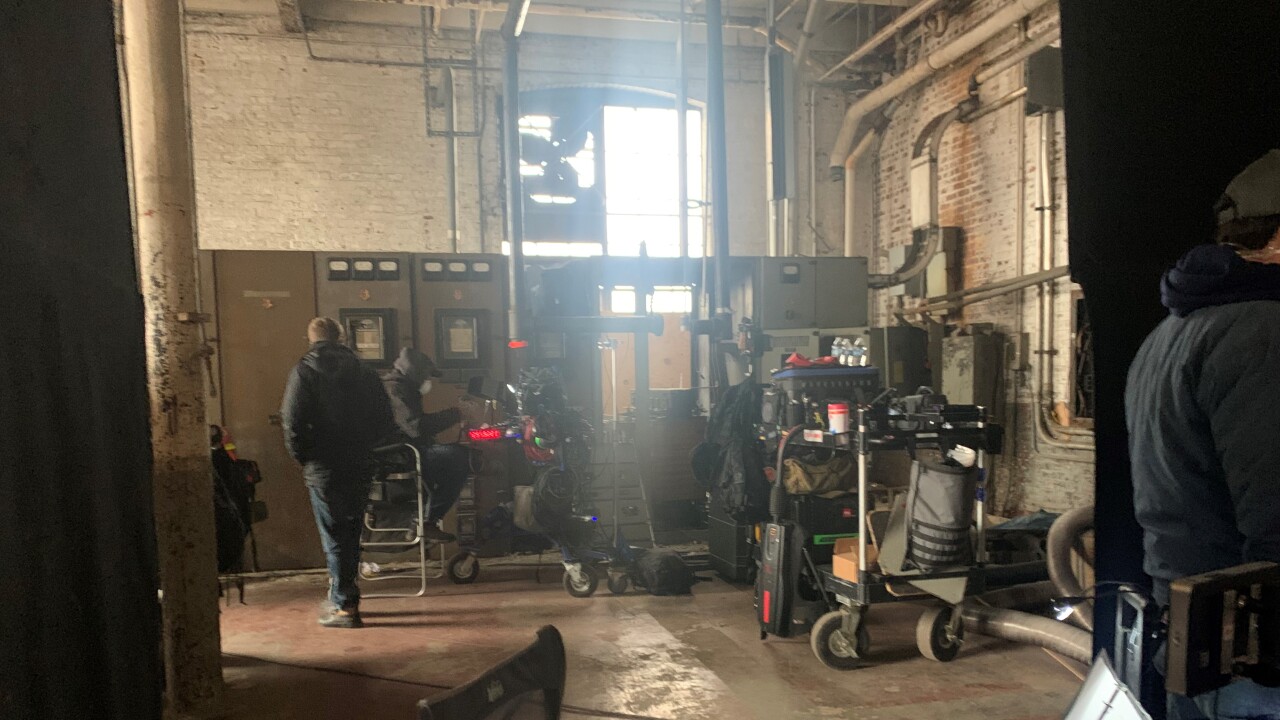 CINCINNATI — At an undisclosed location in Cincinnati, the "pop pop pop" of gunfire rings out.

But it's not a shooting. It's a movie set.

On this cold winter day a man is roaming the set who might just earn his first Academy Award for best picture for his film, "The Irishman."

“This is the pinnacle. This is the Mt. Everest of filmmaking,” said Randall Emmett as he was filming "Open Source," starring Bruce Willis. “You walk onto the set and it’s DeNiro, Pacino, Pesci, Keitel. To get recognized for a film at this level honestly has been amazing.”

While he's doing his best to remain composed, Emmett can't help but get excited about a dream realized.

"I got my Oscar tickets the other day and I'm like, 'I'm going to the Oscars for best picture!'" he said. "So, whatever happens, it's been this childlike experience where I'm having the best time."

If you're a reality TV fan, you might have heard of Emmett in the Bravo show Vanderpump Rules, which stars his fiancee, Lala Kent.

While "The Irishman" wasn't shot in Cincinnati, many of Emmett 's films have been in recent years, including "Open Source." That movie stars Kent, who plays the daughter of Willis' character.

“I get kidnapped and Bruce has to come save me," Kent said.

Which brings us back to those fake gunshots. It was quite thrilling for Kent.

“I get shot in the hand," she said. "People get shot everywhere. It’s very violent, stabbing, we’re doing it all.”

There are good reasons that Emmett brings so many films to Cincinnati. The state tax incentives are one, but there are others.

“The city of Cincinnati has been such a welcoming home for us," he said. "It makes it easy. You can move around easily. The people are phenomenal,” gushes Emmett, who is wearing a Film Cincinnati baseball hat. “Every time we come to town, all the talent loves it here.”

“You know, filming here is amazing,” Kent said. “Everyone is so kind. The architecture you guys have creates something that’s amazing for film. When you watch it on TV, it’s beautiful. It’s rugged. It’s edgy."

All of those reasons are clearly enough to bring more work to Cincinnati. Emmett revealed that he’s planning to shoot another three movies in Cincinnati.

“And,” he added, "We’re in the middle of developing a big TV series that we want to bring here. Because we’d like to be here on the regular. You know, the city has been so welcoming and the people. You know, the people have fun with us when we’re here. Versus you go to other places and they’re not welcoming or excited. But I think people in Ohio are generally good-spirited and love to see the crews and are always very kind.”

There’s no timeline yet for the release of “Open Source.” Emmett expects to finish filming in the next week or two. But he said he will make sure Cincinnati is rewarded for being such good hosts.

“We’ll have a Cincinnati premiere," Emmett said. "We always do. We love to have a premiere and bring all the actors back and have a big night and give back to the city for giving to us.”

But right now, Emmett is focused on the Academy Awards. He isn’t confident “The Irishman” will win, but he’s through the moon to be in the race.

“It’s one of those things where I’m gonna just try to take it all in,” Emmett said. “And, honestly, win or lose, I just want to have a great night and cherish it.”