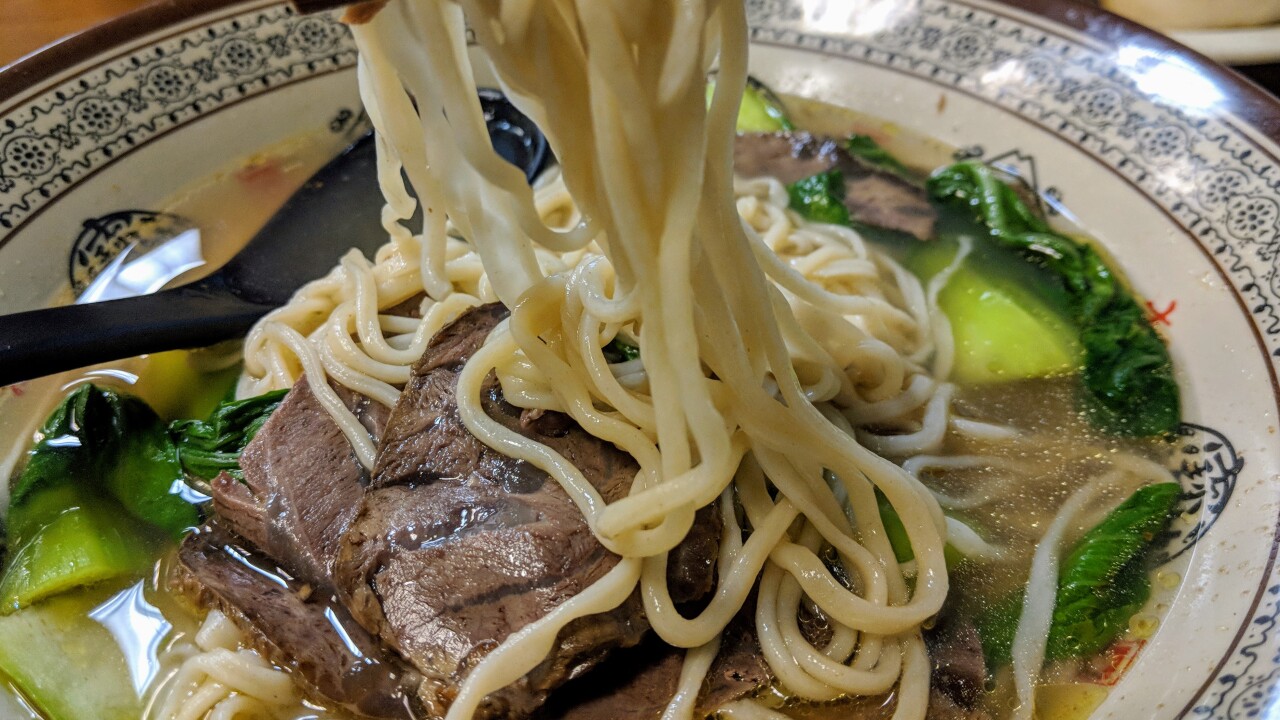 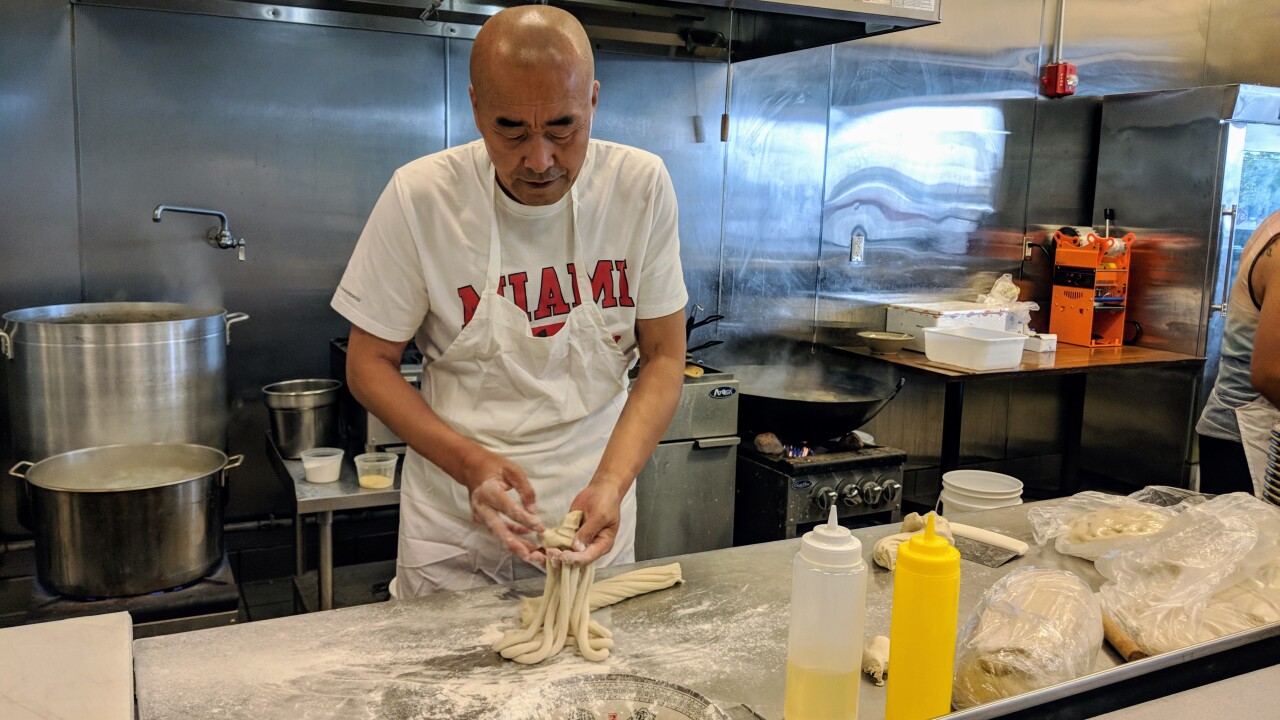 Pull up a chair to a different kind of fast food — the kind that’s made to order with skill that’s bound to bowl you over.

Bao Bun Bowl opened on June 30, specializing in northern, northeastern and southern regional Chinese food. Hand-pulled noodles (拉面lā miàn) take center stage: The noodles are made from scratch in full view in the open kitchen, then cooked and served within minutes.

This time, Qiu and Niu are partnering with veteran restaurateur Tom Chen. Originally from Fujian, China, Chen moved to Logan, Ohio, with his family when he was 10 years old. Chen has a hospitality management degree from Ohio State University and also owns Grand Buffet in Bridgetown.

“My father was a chef in China, so I grew up in the business,” he said.

The team got the idea of hand-pulled noodles from Qiu’s father’s birthplace of Lanzhou, China, an area famous for its hand-pulled noodles. Beef with noodles, a dish of noodle soup that’s prepared fresh and served in a flash, is a mainstay there, and those traditions are evident at Bao Bun Bowl.

The hand-pulled noodles are made to order and served steaming hot with a hearty meat broth, vegetables and choice of protein that includes beef, lamb, beef tripe, seafood and chicken.

The traditional way of slurping down those noodles is to kick it up a few notches with accompaniments from the section of the menu very loosely called “cold dishes.” These items are indeed served cold but, more importantly, they’re meant to be enjoyed as accouterments to the noodles.

Dig into accompaniments with a wider appeal such as tea egg, shredded potato, shredded dry tofu and spicy cucumber. If you’re feeling more adventurous, head for the spicy and unusual such as spicy pig ears, spicy beef tendon and beef honeycomb tripe.

Steamed buns (包子 bāo zi ) and dumplings (饺子jiǎo zi) — traditional food from Niu’s hometown in Shandong — do not take a backseat to the noodles. These beauties are made to order by the very skilled dumpling chef-master.

Before too long, the group hopes to put on the menu a type of long, open-ended, pan-fried dumpling called guō tiē (锅贴). Another hard-to-find specialty, pan-fried pork buns (生煎包shēng jiān bāo) — a Shanghai staple known for its crusty bottom and soft top — may also join the lineup further down the road.

Another popular item at Bao Bun Bowl is the meat pocket (肉夹馍ròu jiā mó), which is loosely referred to as a “burger.” The bread pockets can be stuffed with either spiced cumin lamb or braised pork belly.

The restaurant seats approximately 50 and will accept reservations only for large groups. Qiu said it will not have a liquor license because of the fast food turnaround and expected quick table turnover.

In addition to the mainstay beverages of soda and teas, Bao Bun Bowl also offers black soybean milk. It’s made with black soybeans, a type of legume native to China. According to Chen, the drink is typically enjoyed lightly sweetened or even plain.

The restaurateurs insist on keeping the menu authentic, going to great lengths to source hard-to-find spices and peppers from China.

Qiu noted while some of the ingredients may come from afar, “all the food is made in house.”

“We have (Chinese) customers who live here but (often) travel to China. When they eat our noodles, they say, ‘It tastes just like China,’” Chen said, beaming.

“They don’t have to go to China or the other bigger cities like New York or Chicago,” Qiu echoed. “The food here is as good as China.”

Grace Yek is a certified chef-de-cuisine with the American Culinary Federation and a former chemical engineer. Connect with her on www.graceyek.com.