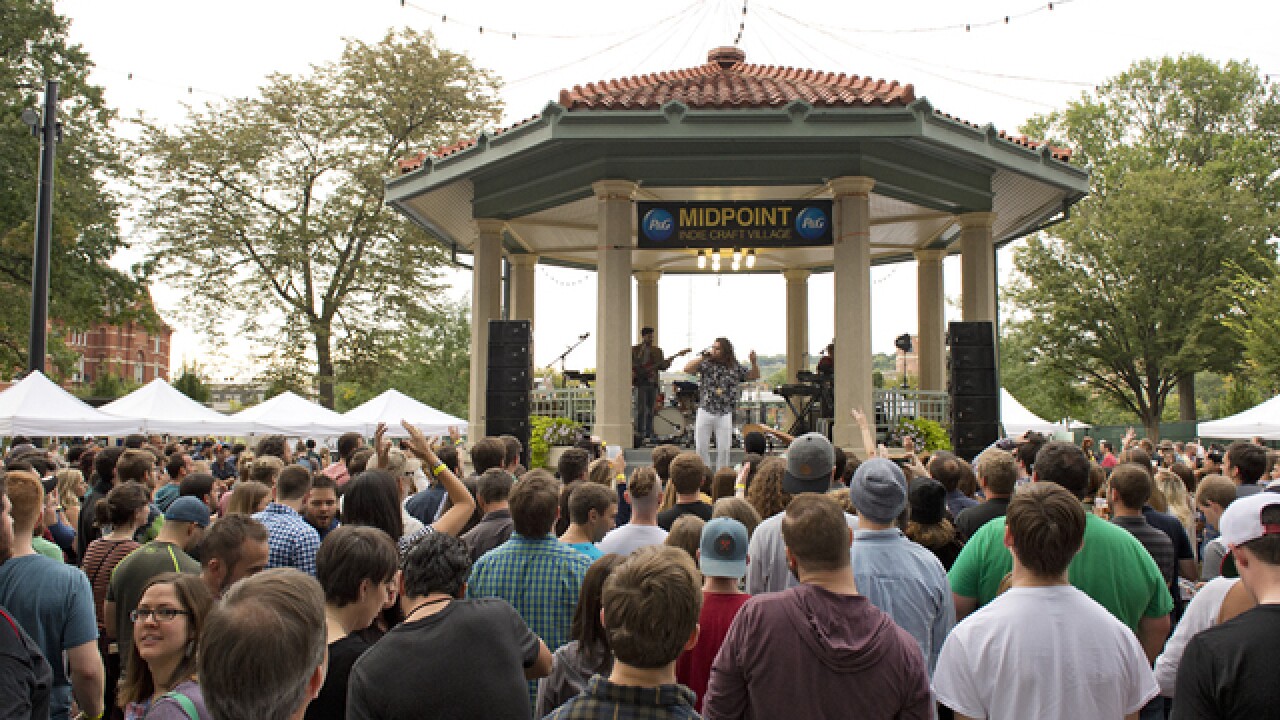 CINCINNATI — Some big changes are coming to the 16th edition of the MidPoint Music Festival, scheduled Sept. 23-25 in Over-the-Rhine.

The festival will host more than 60 acts on four stages near Main and Sycamore streets, organizers announced Wednesday, instead of having bands play in neighborhood bars and at Washington Park as in previous years.

Three of the stages will be ticketed, while the fourth will be free. Performances will be staggered, and the MidPoint Midway, with beer vendors and food trucks, will return. The entire festival will be open all ages.

“There’s been a significant uptick in attendance over the past few years," said festival organizer Rick McCarty of Music and Event Management Inc. (MEMI). “There weren’t adequate spaces to grow the festival, which it needed to do. (CityBeat) contacted us in November and said the event needed a new manager or it might not happen at all."

McCarty said MidPoint’s previous setup using bars and Washington Park as venues was not feasible as the event grew: “This town is just not set up to manage that logistically.”

MEMI is a subsidiary of the Cincinnati Symphony Orchestra, which also manages the Taft Theater, PNC Pavilion and Riverbend Music Center. Earlier this year, MEMI announced a partnership with CityBeat to take over production of MidPoint. The festival was founded in 2001 by Cincinnati businessman Bill Donabedian, who sold the festival to CityBeat in 2008.

Reaction was mixed from bars that had previously served as MidPoint venues.

"I am very disappointed that MOTR and The Woodward were not included in the plans for MidPoint Music Festival," said Dan McCabe, owner of both Over-the-Rhine venues and a former producing director for the festival, in an email.

MOTR has hosted bands as part of MidPoint since 2010.

"Our Symphony is tone deaf," McCabe said. "MPMF was distinctly Cincinnati's music festival for 15 years. MidPoint Music Festival could not have happened anywhere else in the country. There is only one historic Over-the-Rhine and it belongs to Cincinnati.

"Any city anywhere can slap bands onto a parking lot in any neighborhood and call it a festival. But they shouldn't call it MidPoint Music Festival."

Arnold's Bar & Grill General Manager Chris Breeden said he had heard rumors about the new format but held out hope Arnold's would continue to be part of MidPoint in some way.

"We have been in every single MPMF since 2001 and are deeply disappointed not to be in it this year," he said.

McCarty said organizers will announce a second wave of artists, which will be local and up-and-coming bands, later in the summer.

Justin Kohl, owner of The Drinkery, said he was happy with the festival's changes.

"The lineup looks awesome in my opinion," he said. "A few of my lesser-known favorite acts are sprinkled in there."

Kohl said he thinks bigger-named acts will draw larger crowds to the Drinkery as a result. The Drinkery recently stopped hosting bands Wednesday through Saturday and opted for a DJ format on the weekends, "so, it doesn't affect us negatively," he said.

Three-day ($99) and VIP passes ($140) for the festival go on sale at 10 a.m. Friday. Tickets can be purchased at the Taft Theatre Box Office, the Riverbend Music Center Box Office, MPMF.com and Ticketmaster.com. Organizers will announce details on single-day passes once the full lineup is released.