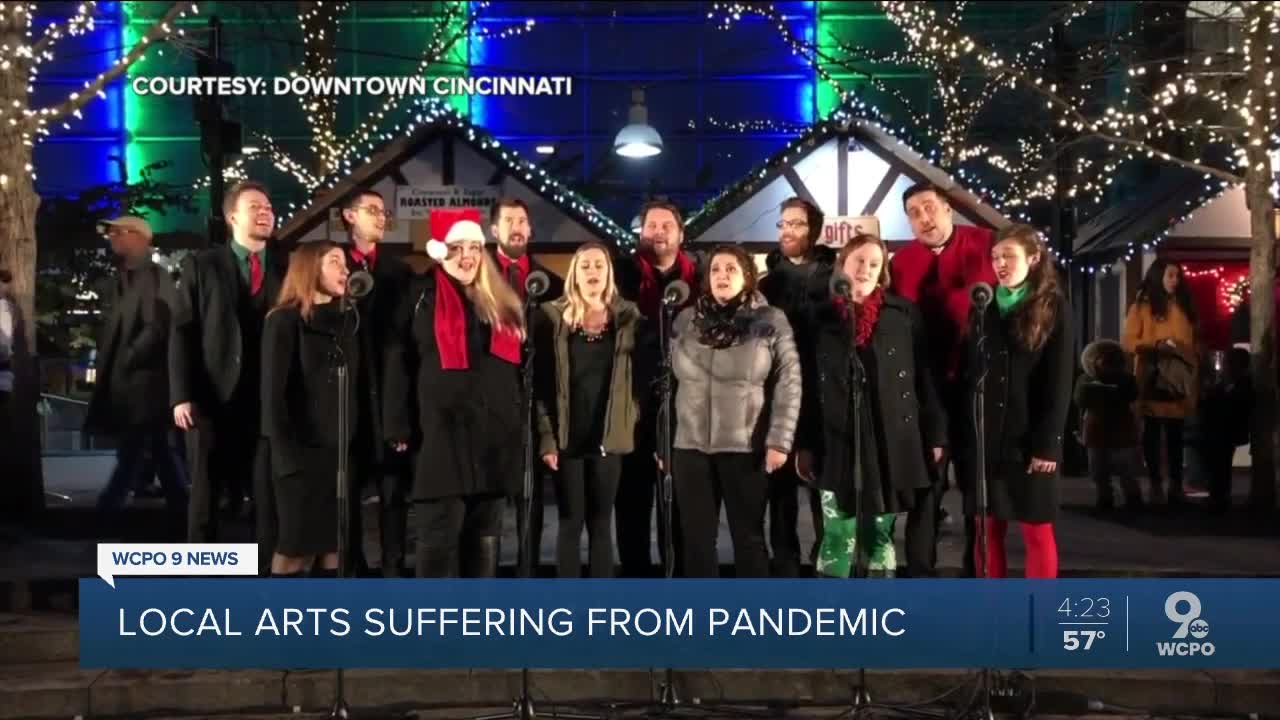 With the virtual passing of the baton, Cincinnati's Young Professionals Choral Collective announced a leadership change at a time when leaders face nearly unprecedented challenges. Both incoming and outgoing leaders talk to WCPO.

CINCINNATI — The Young Professionals Choral Collective (YPCC) announced Danielle Cozart Steele as its new artistic director on Saturday. She faces both financial and logistical challenges as the chorus moves into its ninth season.

Cozart Steele takes over for YPCC founder KellyAnn Nelson on July 1 and is no stranger to the Cincinnati chorus. She nearly joined years ago, even though she was living 90 minutes away in Indiana.

"The group is so vibrant and so vital and so relevant in Cincinnati," she told WCPO. "It supports small, local businesses and it unites and creates unique partnerships."

Cozart Steele will have to leverage those partnerships and use everything in her experience as a soprano, conductor, and educator to move the organization forward into its ninth season later this year.

"Right now, it means saying 'We are brave enough to think outside the box and we are resilient enough to engage in projects that don't involve 150 people singing in the same room together,'" Cozart Steele said. "So finding creative ways to make music together, apart."

Days before Ohio Gov. Mike DeWine issued a stay-at-home order, Nelson and hundreds of singers stood the atrium of Union Terminal rehearsing for the organization's annual gala. It is YPCC's largest fundraiser. And March's event was to be Nelson's sendoff from the group she founded in 2011.

Nelson moved to Washington, DC with her family several months ago but has commuted back to Cincinnati at times for the organization. She now works for Chorus America. YPCC's board conducted a nine-month national search for Nelson's replacement.

"She's been in rehearsal with the singers [in January and February] so the singers could be part of that process," Nelson told WCPO. "Dan's energy and enthusiasm and love for this group - even though she hasn't officially started - is really exciting."

"Her passion and commitment to community building and inclusion through the choral art form make her the perfect fit for this position," wrote YPCC board president Jenni Stadtmiller in a news release. "She will be a relentless leader as we focus on fostering more diversity, equity, and inclusion within the organization and through our programming.”

Cozart Steele told WCPO her plans for YPCC include building on existing partnerships and developing an inclusion plan to better reflect Cincinnati. She is currently on faculty at Indiana University East and conducts the IU East-Richmond Chorale. She has also worked with the Dayton Correctional Institute for Women prison chorus, called Hope for Harmony.

But first, she must creatively manage an organization that has canceled half of its season - and effectively, half of its revenue - through the pandemic.

"The best art has emerged from the most intense periods in history," Steele told WCPO. "We have an opportunity here to emerge and continue to be a beacon."