It all started with a stomach ulcer 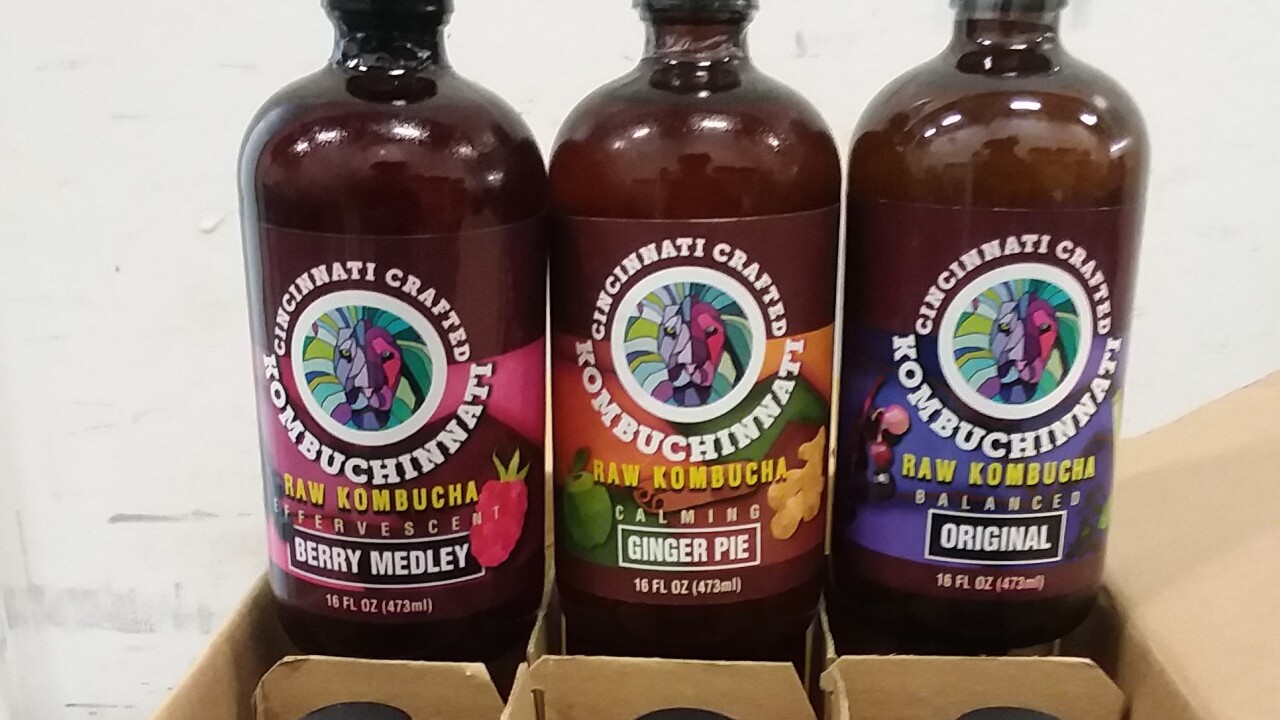 Provided
Kombuchinnati has three flavors of its kombucha fermentation products. 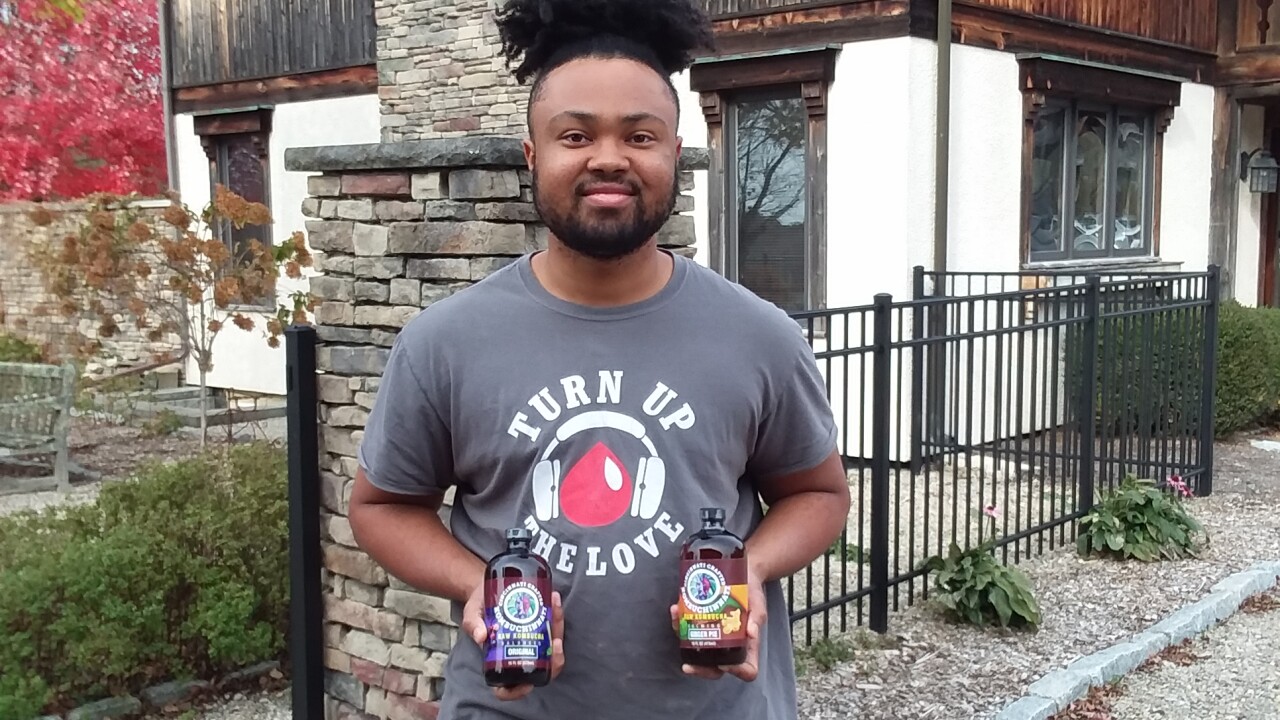 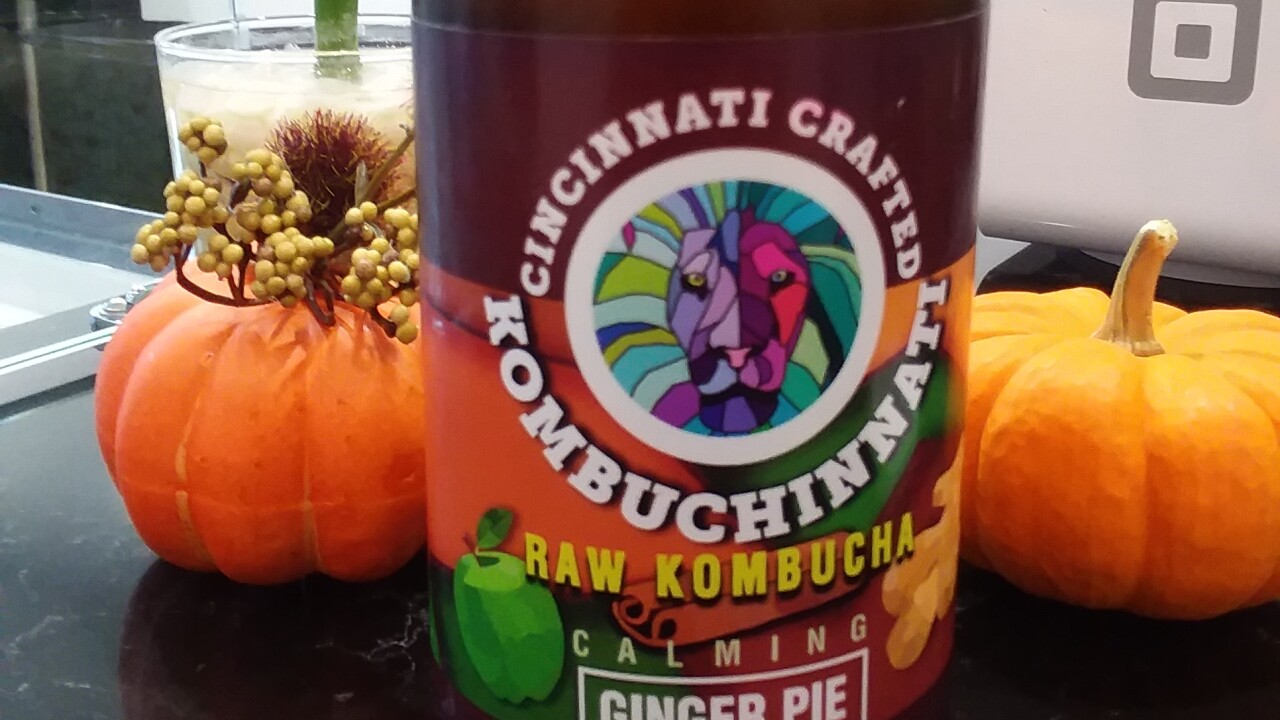 CINCINNATI — In 2017, then-17-year-old Ione Sally, a North Fairmount native and student at the School for Creative & Performing Arts, had a stomach ulcer. The health issue became so bad, he kept missing school. Eventually, he turned to his foster mom, who had been drinking gut-healthy kombucha.

“I didn’t know anything about it,” Sally said. “What’s this weird drink? I wanted to learn more about it.”

He studied YouTube videos showing how to homebrew kombucha and used the SCOBY (symbiotic culture of bacteria and yeast) from GT’s Living Foods kombucha to brew his first batch.

Sally credits kombucha for eventually making his ulcer disappear, but it also inspired him to create a fermentation company in 2018, while he was still a senior in high school. (Ironically, GT’s founder, George Thomas Dave, also started his kombucha company when he was a teenager, in 1995, and now the company — which Dave still owns 100% of — is worth almost $1 billion.)

To gain more knowledge and confidence in his business, Sally spoke with local breweries such as MadTree and Rhinegeist about brewing techniques — brewing kombucha and beer are similar processes. He enrolled in Over-the-Rhine’s MORTAR business accelerator program to make contacts.

“If not for MORTAR, I probably wouldn’t have started this,” he said. In July 2019, Sally officially launched his fermentation company, Kombuchinnati, out of Newport’s Incubator Kitchen Collective. Shoppers can find the bottles — cans and draft are planned for the future —at Covington grocer Chops, Cheese and Chives, BanaSun Smoothie Bar, Clifton Market, Harvest Market in Madeira, Rooted Juicery, ETC Produce and Provisions at Findlay Market, and by delivery through the Food Forest app.

Sally’s kombucha joins Cincinnati’s three other mass-distributed kombucha companies: Motherlode, Skinny Piggy and Fab Ferments. (Indianapolis’ Circle Kombucha has infiltrated the area, too.) However, as far as he knows, he’s the only person of color brewing kombucha in the Greater Cincinnati area.

“Typically, when you think of beer and kombucha, it’s always, like, some white dude with a beard and a beanie. It could be different.” (To be fair, women, not just men, are behind the other local kombucha companies.)

In order to separate himself from the crowded field, he wants to use his kombucha to aid low-income neighborhoods.

To make his kombucha, Sally brews sweet tea and mixes in elderberries. His foster mother encouraged him to add elderberries because they have zinc and generate a lot of flavor. Currently, he offers Ginger Pie (apple, ginger, cinnamon, star anise, pepper and other spices), original and Berry Medley (raspberries, blueberries, rooibos tea and cornflower petals) flavors. He’s also working on a line of non-kombucha probiotic beverages such as ginger beer and strawberry-lemonade kefir and possibly a CBD-infused kombucha.

“I put a lot of effort and thought behind what I make,” he said. “I don’t believe in watering it down, because then it’s not a genuine product.”

Sally’s kombucha isn’t as fizzy as other kombuchas and features a stronger vinegar taste. He laments how some kombuchas on the market taste like sparkling water.

“That’s not at all what it’s supposed to be like,” he said.

He has been able to hook some people who never tried kombucha before on to the beverage. He also wants to educate the public on gut health and figure out a way to make kombucha more affordable, especially to underserved communities. (His bottles retail for $4.50.)

In addition to someday opening a brick-and-mortar fermented beverages taproom, Sally’s immediate goal is to expand his distribution and get his drinks into as many places as possible. He said he might partner with major distributor Premier ProduceOne, and if that happens, he’ll be able to quit his job as a P.F. Chang’s chef and focus on Kombuchinnati full time.