When she couldn't find many local kombucha purveyors, Natalie Jenkins launched her own business 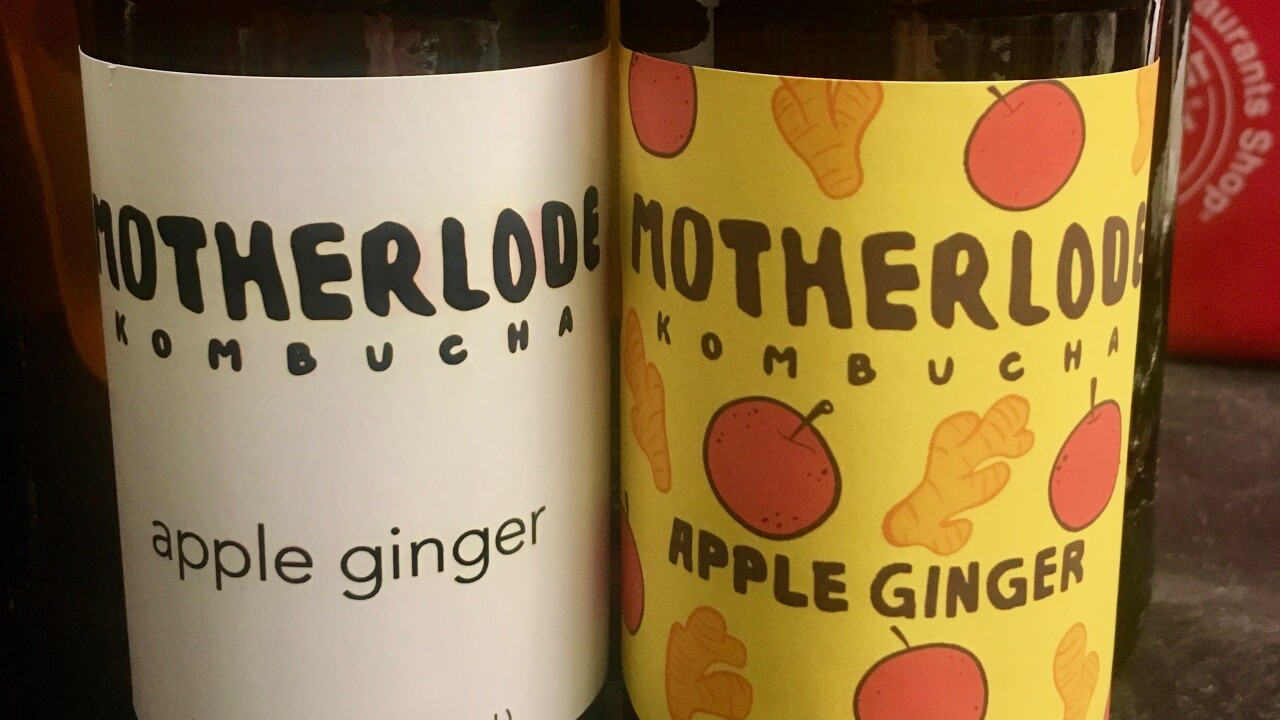 Provided
At Motherlode Kombucha, Natalie Jenkins uses green tea as a base and adds juices like apple and ginger. 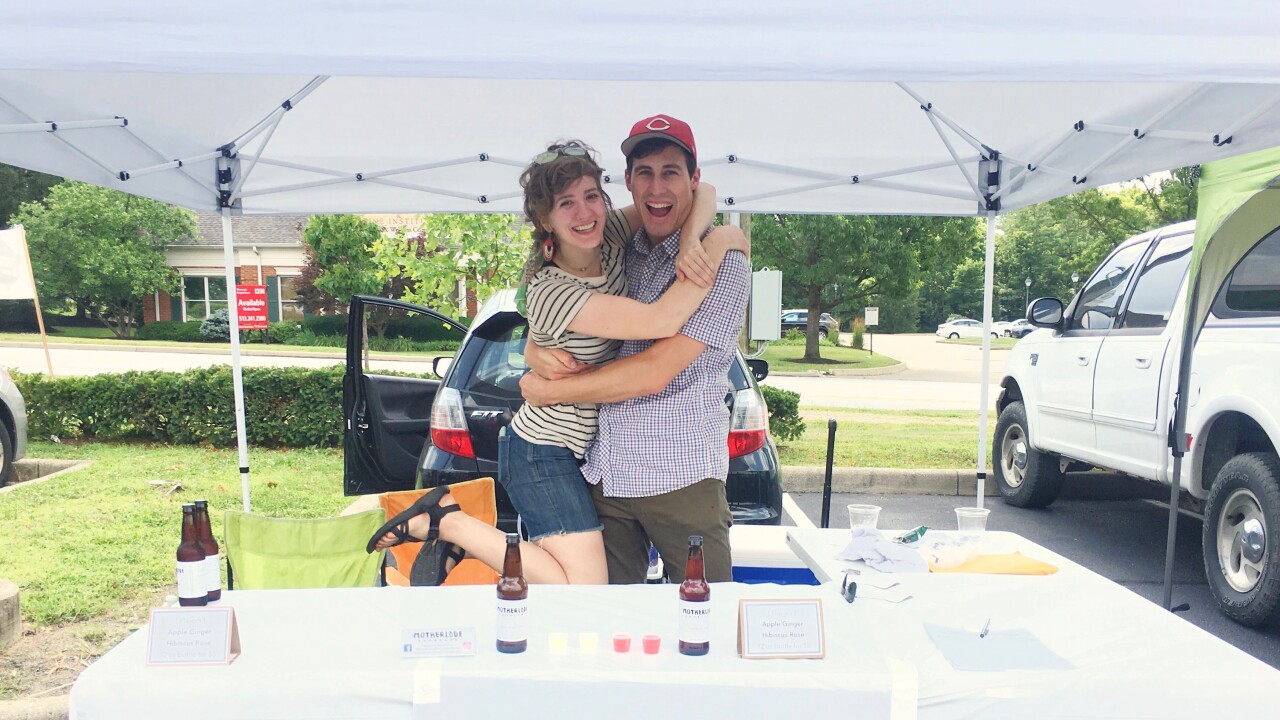 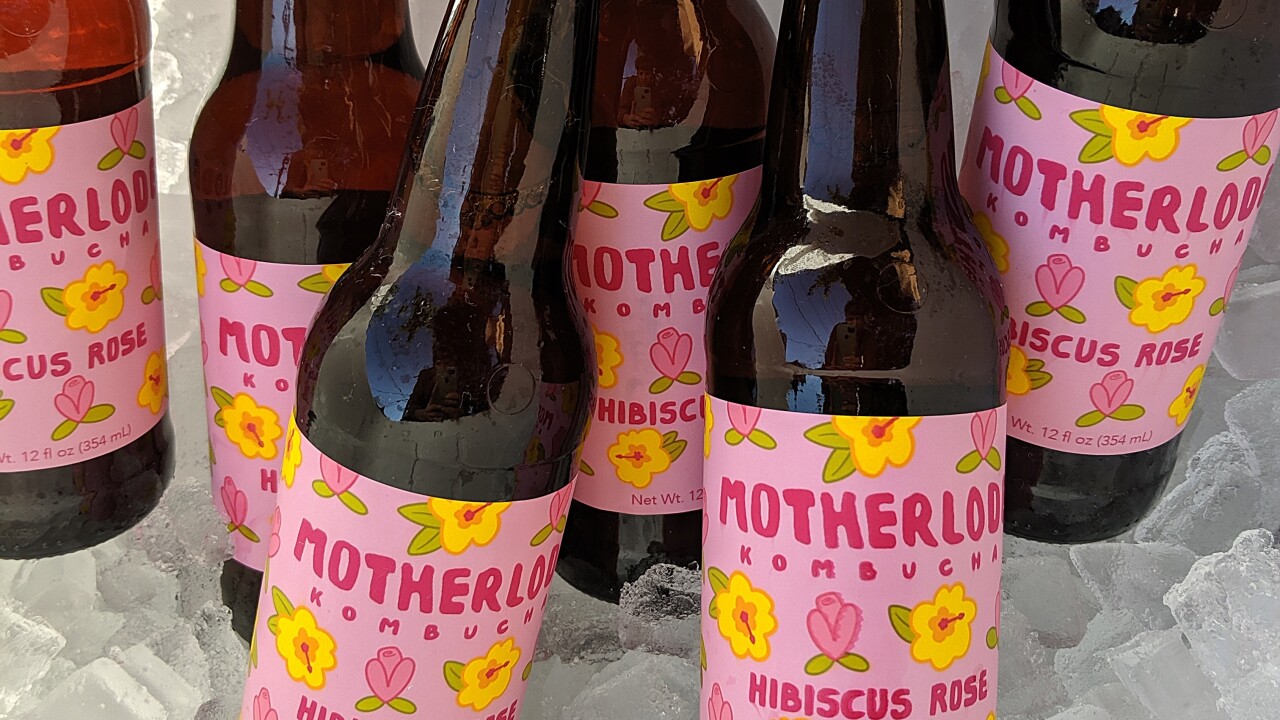 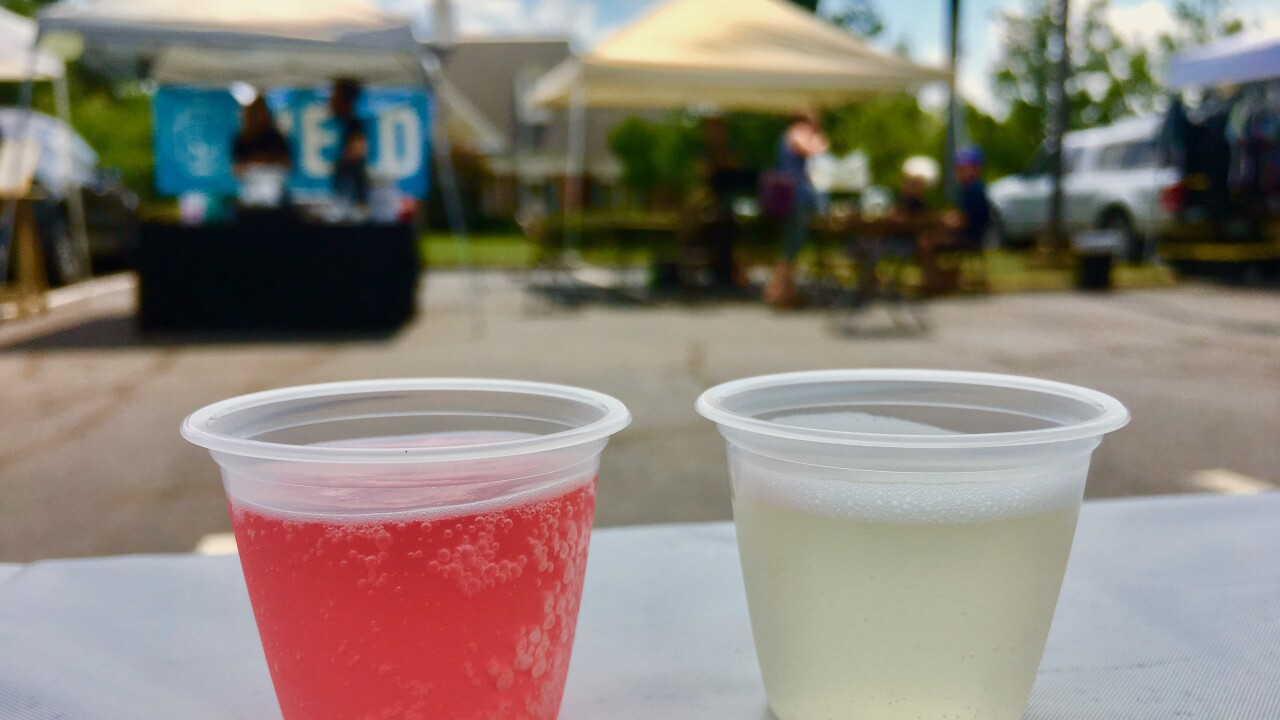 COVINGTON, Kentucky — Even though Natalie Jenkins had been an avid kombucha drinker for several years, it wasn’t until almost three years ago that her sister taught her how to brew kombucha at home.

“I tried her stuff and I was like, ‘This is the most amazing thing I’ve ever tasted,’ ” Jenkins said. “I had to get on her level.”

She realized that, besides Skinny Piggy and Fab Ferments, Cincinnati is rather devoid of local kombucha purveyors, and centralized kombucha taprooms don’t really exist. (Jungle Jim’s and Fab Ferments have kombucha tasting bars, but they aren’t located near the city center.)

So, inspired by her love for kombucha, Jenkins launched Motherlode Kombucha in June, operating her business from Covington’s Kickstart Kitchen. The name, Jenkins said, is a play on “the mother” bacteria and “a source of power."

One reason Jenkins formed Motherlode was to cater to the non-drinking sector.

“I want people who don’t drink to have something fun to drink,” she said.

The Springfield, Missouri, transplant moved to Cincy in 2009 with a background in photography. However, a year and a half ago she hosted a Motherlode tasting for friends and found her beverages were a hit.

Without knowing much about starting a business, she teamed up with a local chapter of SCORE, an organization that mentors future small business owners.

“I think it’s really understated how hard it is to build a business from the ground up, especially something tangible like this. It’s one thing to do photography -- I went to school for it -- but this feels like stuff is just piling on top of me. It’s really like a sink-or-swim kind of thing. I think the challenge of it motivates me: ‘Yeah, I can do this.’ ”

So this summer she launched her hand-bottled products at the Montgomery farmers market and also offered it at The City Flea. Currently, she sells three flavors: apple-ginger, hibiscus-rose and new flavor pineapple-turmeric, and they can be found in bottles at Yonder in Covington and Poke Hut in Over-the-Rhine.

She recently hosted a tasting at Create Your Own Finish Line in Norwood, and she plans to do more events in the future.

“The biggest challenge is connecting to an audience that I know is there but I haven’t met yet,” she said. “I always feel like I’m selling my soul a little bit when people say, ‘What are the health benefits of kombucha?’ Well, it’s got probiotics. It’s good for you. But it’s not why I drink it. I think it’s delicious. It’s more about having community and having something to gather around.”

To make kombucha, the process takes up to three and a half weeks for one batch of 10-15 gallons. She starts with green tea, sugar and the mother (aka SCOBY), which contains bacteria and yeast. Once the yeast eats the sugar, the tea mixture transforms into alcohol. But in order to reduce the alcohol content, the bacteria eats the alcohol and the byproduct becomes acetic acid, or vinegar.

“It’s like a child,” she said about fermenting the drink. “It’s something you have to maintain. You have to be regular with it. You have to keep feeding it, draining it, feeding it. A lot of people give up -- this is too much. But I kind of love that about it.”

At the end of the process, she adds in fresh-pressed juices; she individually bottles the kombucha and sticks on local design collective Pull Club Studio’s colorful labels. Unlike many other kombuchas, hers has the right balance of carbonation and isn’t too sweet.

Her goal is to move from just bottling her kombucha to get it on draft at bars -- and maybe open a tasting room. However, so far, she has found it challenging because beer is her main competition and a lot of bars don’t save a tap for kombucha.

In general, though, she wants all kombucha to be more ubiquitous in Cincinnati.