If you like German beer and pretzels, Tuba Baking Co.'s the place to be Saturday 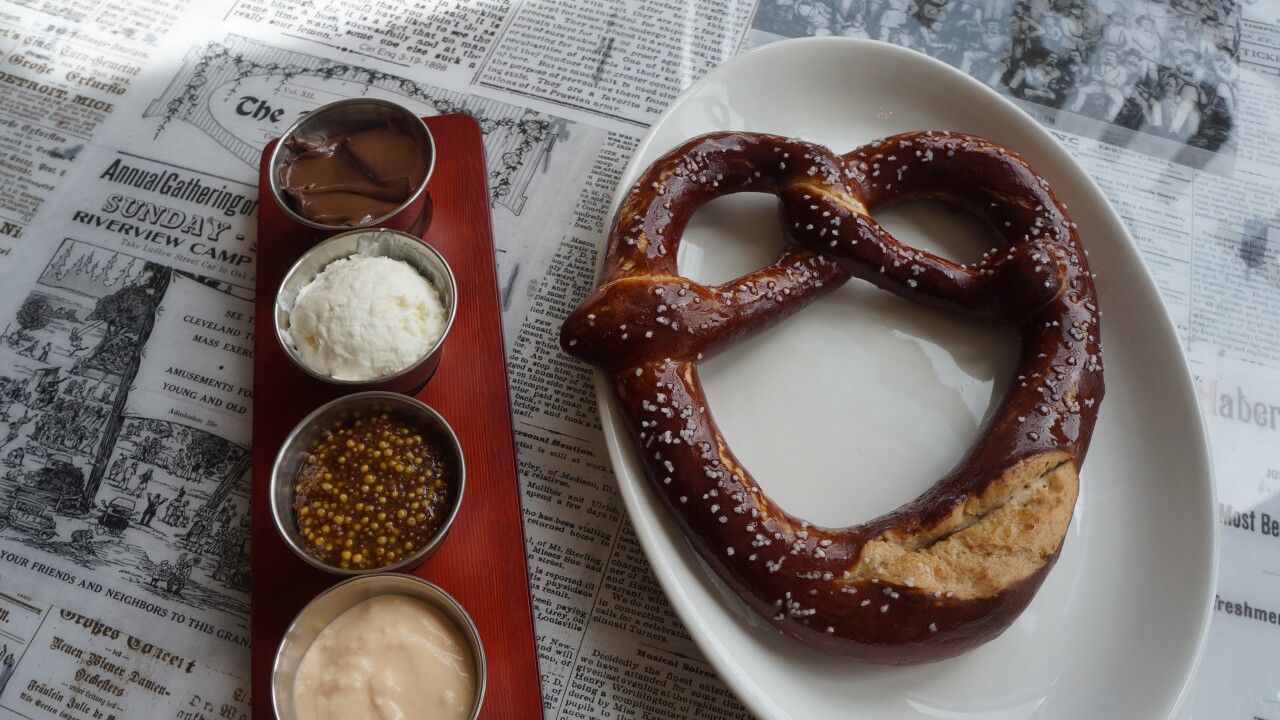 Garin Pirnia | WCPO contributor
Pretzel and a dip flight is a part of the menu. 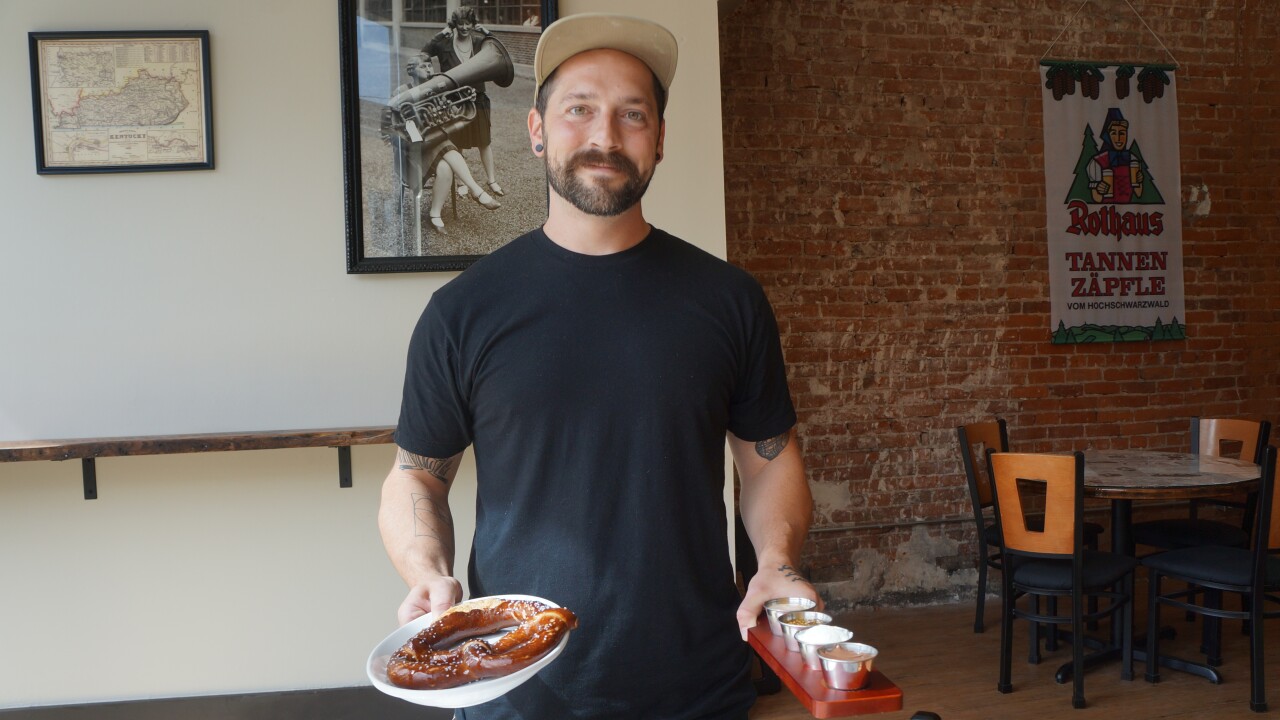 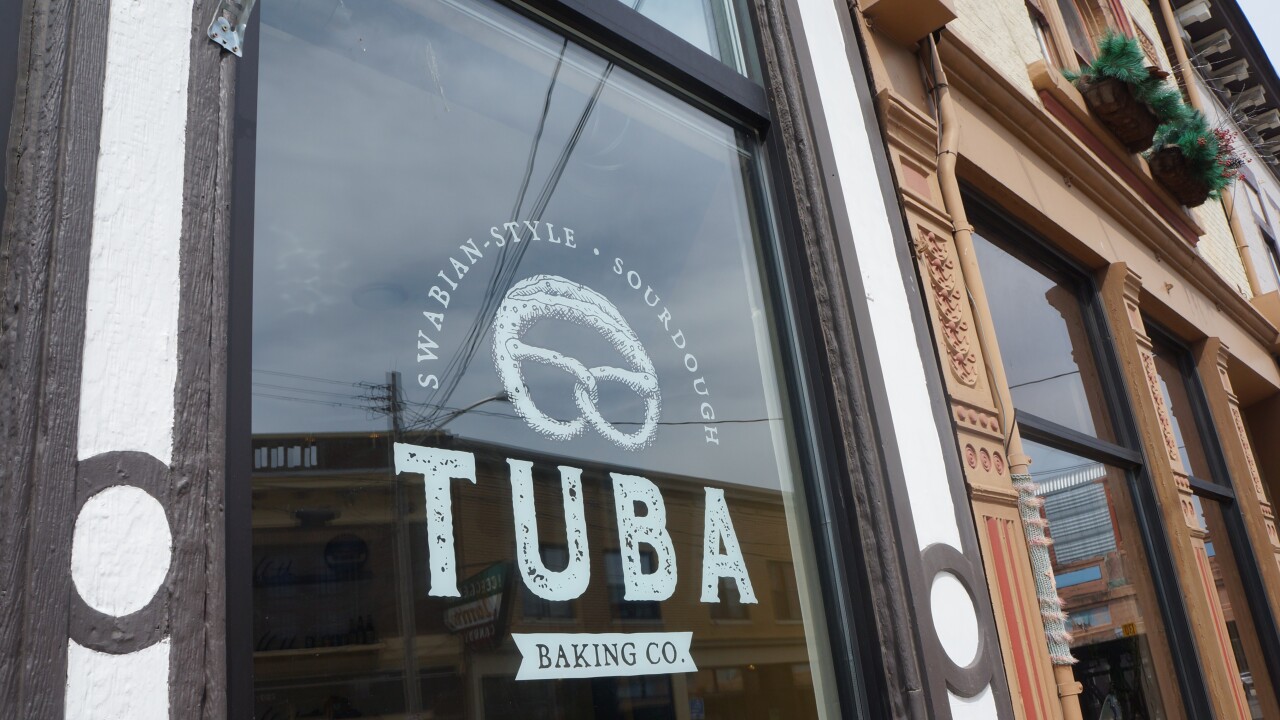 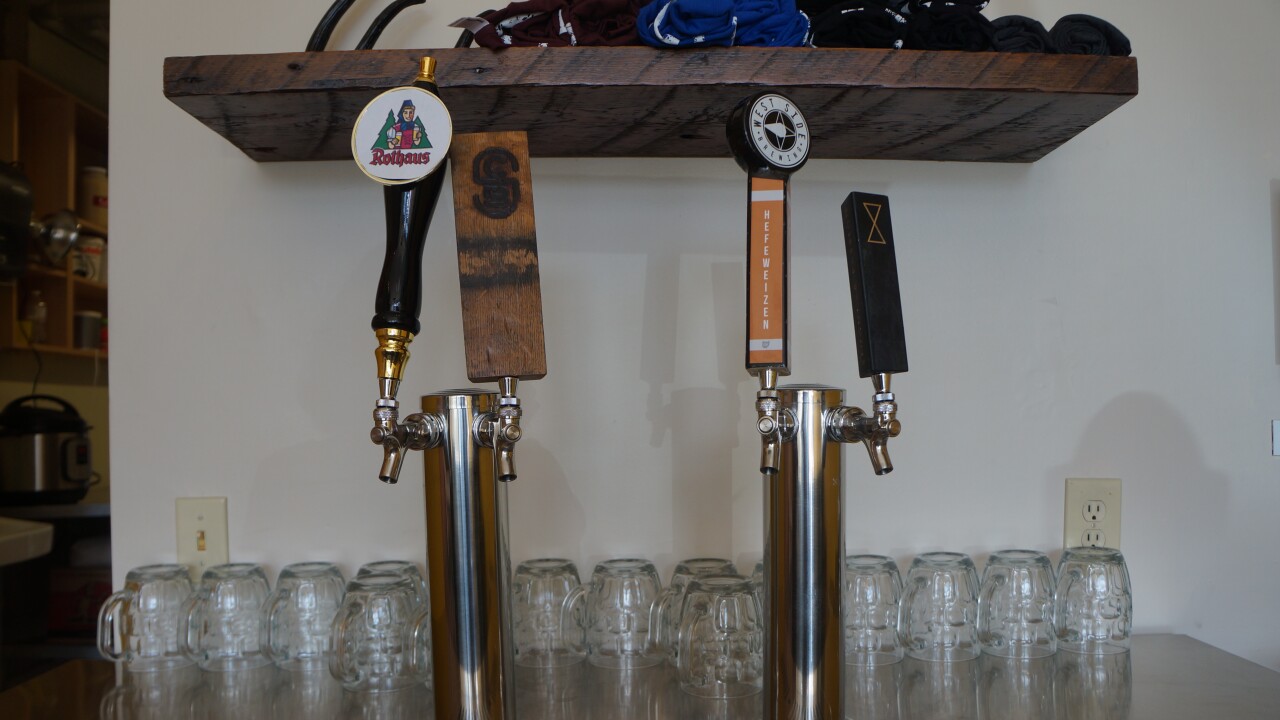 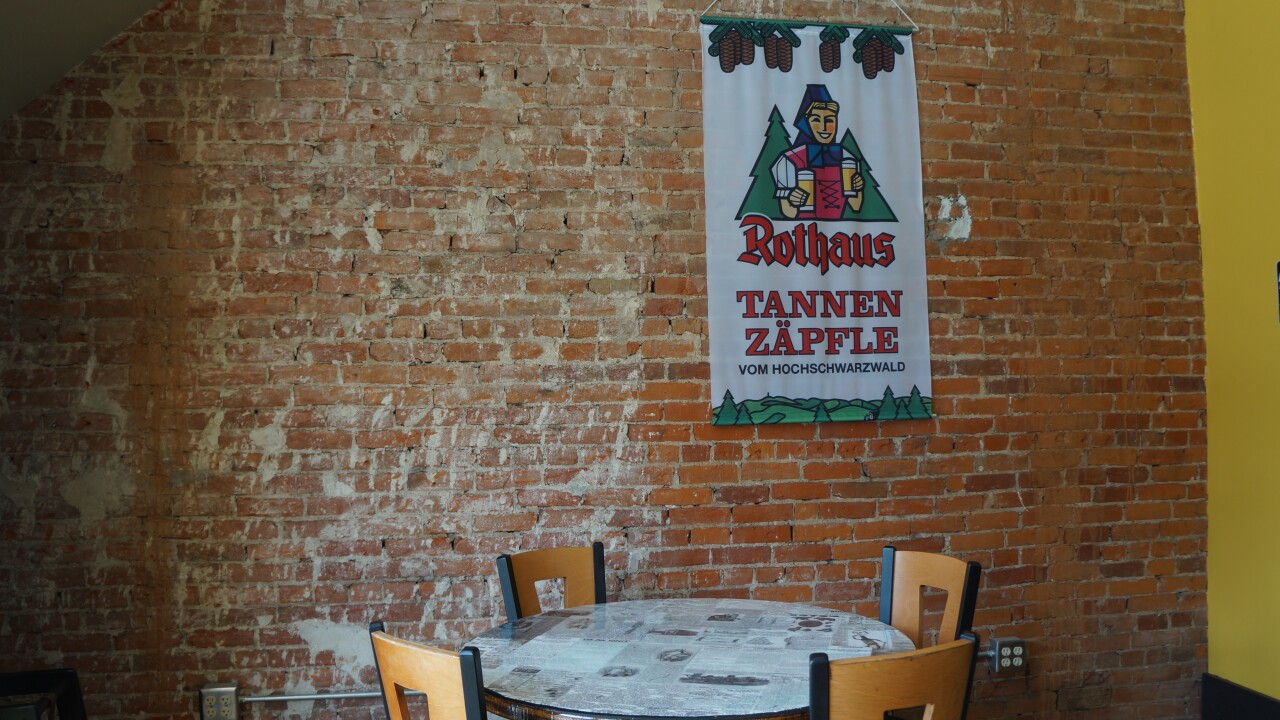 North South Baking’s Kate Nycz — who will soon open a storefront in Ludlow, Kentucky — discovered the empty space on Pike Street, which used to house Chako Bakery Café before it moved to MainStrasse. The space was too small for her, but she offered it to Rath.

In researching the property, he found out the space had been a beer hall in the 1880s, and the basement contained a Prohibition beer-brewing operation.

“It was the right everything,” Rath said.

Though Rath moved into the space on Jan. 1, his wholesaling — 11 customers and counting — prevented him from opening sooner; Tuba Baking is still mainly a one-man business.

However, the build-out wasn’t extensive. He built a bar and shelves, and he and his parents reupholstered TGI Friday’s chairs and tabletops. They epoxied old Covington and Cincinnati news clippings to the table tops to pay homage to the city’s history. The walls are littered with references to tubas (and a baritone horn) and to Rath’s German heritage.

The flag of Stuttgart, Germany's soccer team, VfB Stuttgart, hangs on the wall, and its black antlers are a symbol of the German territory Württemberg. The antlers matter so much to Rath that not only does he have black antlers displayed on a shelf, he also tattooed the antlers on his arm.

In May, Rath and his wife, Valerie, spent 10 days in Germany to visit his ancestors’ village and collect ideas for the pretzel bar.

“I learned that the artisan (pretzel) style really has gone away,” he said. “The pretzels are still incredible — they use better water, better yeast. They have a whole different system, but there’s a lot of machinery. There’s not a lot of hand-shaped things. I explained my process (to them) and how I do it, and they said we probably haven’t had a pretzel that’s had that much time put into it in a while. It was reassuring.”

Rath crafted Tuba’s small menu from his time in Germany.

“I wanted to try and figure out stuff that wasn’t too intimating but approachable,” he said.

Rath said pizza is everywhere in Germany, so he added flammkuchen to the menu. It’s made from old bread dough and is smothered with crème fraiche, onions, Black Forest ham and cheese.

Leberkäse-laugenbrötchen is a loaf of meat mixed with beef, pork and bacon placed on a pretzel bun, and kartoffelsalat is a vegan German potato salad.

Tuba will offer four beers on tap, including a couple of rare brews imported from Germany: Rothaus Pilsner and Freigeist Kölsch. It’ll also offer cans of local and German beers. As far as Rath knows, he’s still the only Swabian pretzel maker in town and Tuba will be the only pretzel bar in town, too.

At first he was worried his place might be too niche, “but at the same time I think we’re in that era where people want that niche,” he said.

For now, Tuba Baking will be open to the public only on Saturdays, probably 3-10 p.m. or possibly later. Depending on demand, he eventually might also open the storefront on Friday nights and Sunday afternoons. For now, Rath’s wholesale business still takes up most of his time, and he doesn’t want to give it up.

“I like being able to be in so many different places and all the people I have,” he said. “I feel like I have a relationship with all them, and they all seem to respect the product and process. It’s something I don’t want to sever.”

Eventually, he would like to move into a bigger space and have a beer garden and a more extensive menu. In the meantime, he’s anticipating Tuba Baking Co.’s opening day.

“I’m a ball of nerves right now,” he said. “Opening this kind of thing makes you vulnerable: ‘Come judge me.’ It’s hard but very fulfilling. It’s nice all these years of hard work have amounted to something."