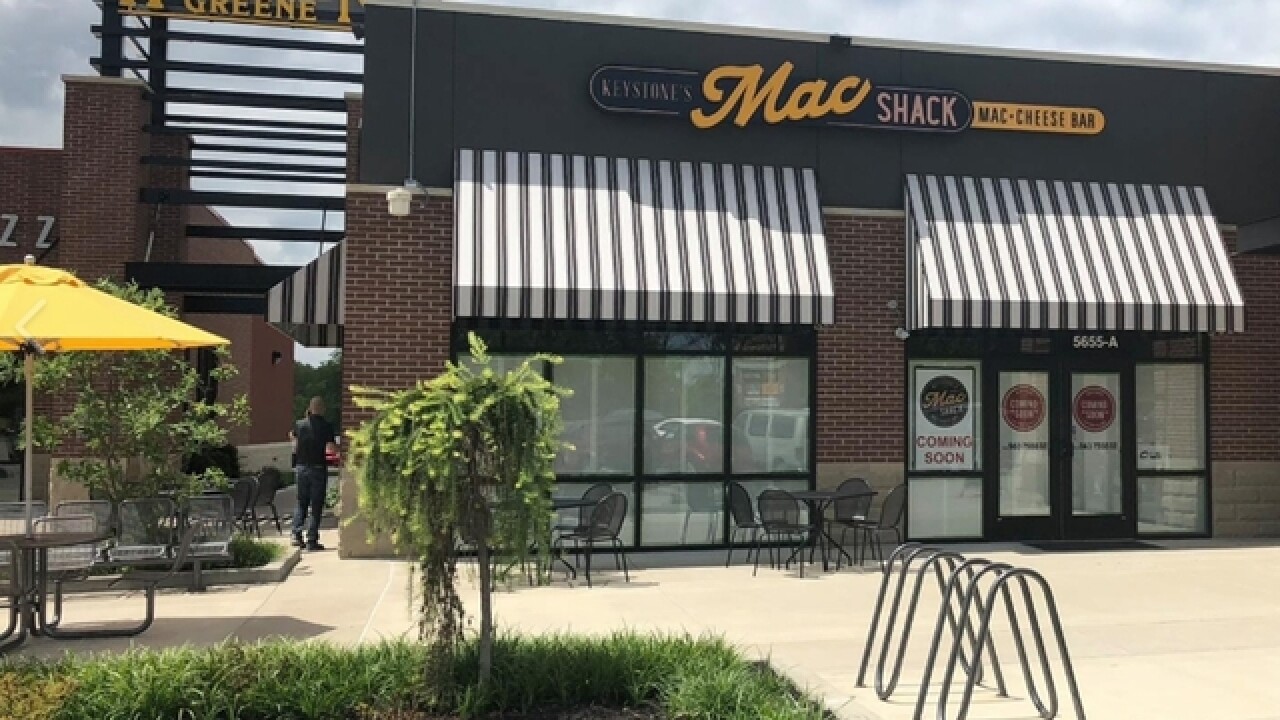 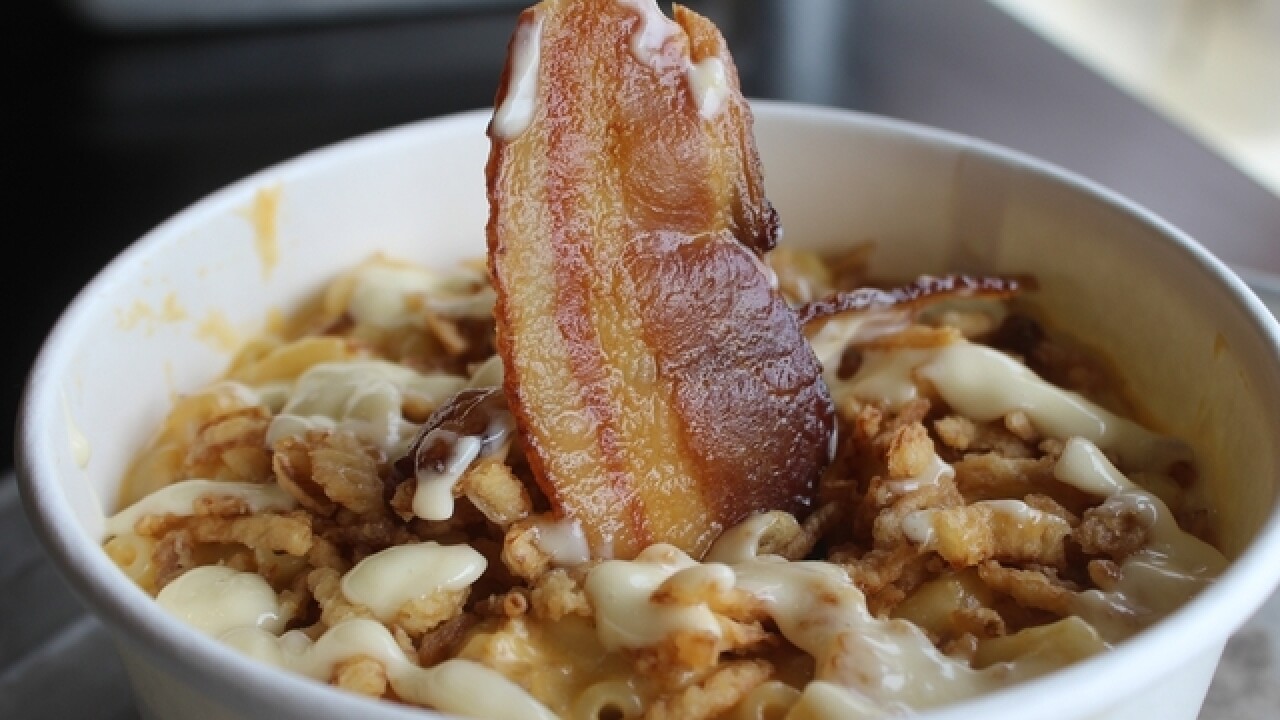 GREEN TOWNSHIP, Ohio – Westside residents, get ready to chow down on some hot and gooey macaroni and cheese.

The dine-in eatery will open at 6:30 p.m. Wednesday, Aug. 22 at 5655 Harrison Ave. The event will include an official ribbon-cutting and the debut of unique menu items alongside familiar Keystone Bar and Grill macaroni and cheese dishes. Draft and can beer, along with single-servings of wine will also be sold at the new location.

The Mac Shack will open with three West Side Brewing beers on tap. 4EG will then donate all proceeds from sales of West Side beer made during the grand opening to the FreeStore Foodbank's Power Pack program.

The new store location can seat 48 people and has six outdoor tables.

RELATED: 4EG opens new macaroni and cheese bar with Keystone's mac and cheese as its star

The original Mac Shack only offers carry-out service, does not serve alcohol and has no indoor seating. 4EG managing partner Dan Cronican said he and his partners opened the first Mac Shack to meet people's growing appetite for fast, yet fresh foods.

The partners also felt the popular macaroni and cheese bowls served at their Keystone Bar and Grill locations were a perfect fit for the Mac Shack concept.

"It’s taken us a little while to figure out how to speed up that service but keep it fresh," Cronican said at the time. "For the last few years, as we’ve watched the restaurant industry, we’ve watched the fast-casual market grow. We felt that the mac and cheese fit very naturally into that model."

The Green Township location will debut with an expanded menu that includes two vegan and one protein bowl made with a base of quinoa or zucchini noodles. All three bowls are gluten-free. The new store also added broccoli and cauliflower side items to the Mac Shack menu.

The Green Township Mac Shack will be open 11 a.m.-11 p.m. Sunday-Thursday and 11 a.m.-midnight on Friday and Saturday. For more information visit eatmacshack.com.