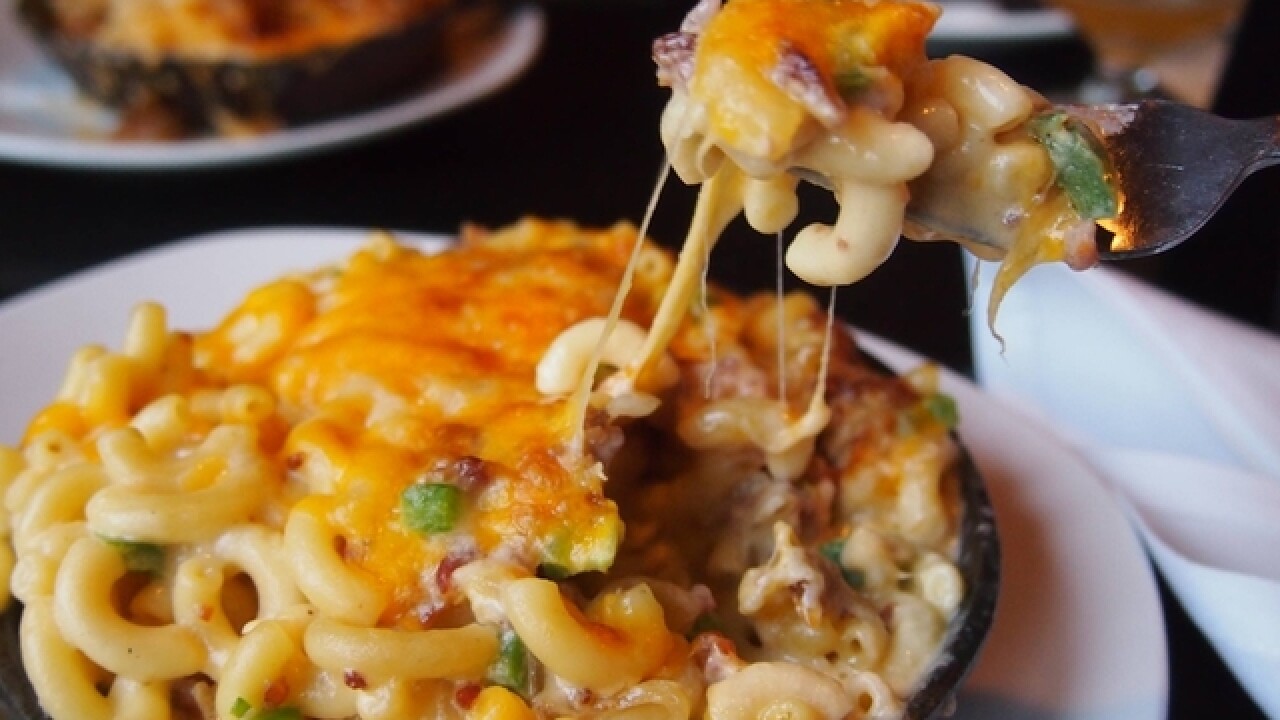 CINCINNATI -- How do you improve upon the gooey goodness that is Keystone Bar & Grill's macaroni and cheese?

Four Entertainment Group (4EG), Keystone's owner, thinks it has an answer: Deliver it fresh and warm to your belly faster.

The Mac Shack offers only counter service with no inside seating. Deliveries can also be made via smartphone app and website, OrderUp Cincinnati.

"It’s taken us a little while to figure out how to speed up that service but keep it fresh," said Dan Cronican, a managing partner at 4EG. "For the last few years, as we’ve watched the restaurant industry, we’ve watched the fast-casual market grow. We felt that the mac and cheese fit very naturally into that model."

Fast-casual dining includes places such as Chipotle and Pizzeria Locale, which let diners customize their meals with high-quality ingredients within a quick turnaround time.

In order to fit the Mac Shack into that mold, 4EG stripped out nearly everything but the mac and cheese from Keystone's menu, including alcohol. Instead, the eatery sells fresh lemonade, iced tea and other classic beverages.

It also kept two of Keystone's mac and cheese-related promotions.

"The Mac Shack will have the 'Mac of the Day,'" Cronican said. "We will also honor the half-price Monday pricing structure."

Cronican said 4EG chose Calhoun Street for its first Mac Shack location because of its proximity to the University of Cincinnati and the foot traffic the school delivers to the neighborhood. The eatery is also a short distance away from the Clifton Keystone Bar & Grill location.

"Moving forward we’d like to expand the concept to include seating within a bigger area," he said.

New Mac Shack locations will be at least a year away, though, as 4EG plans to take time to iron out any wrinkles in operations at the pilot store.

Keystone's mac and cheese also will be expanding into other areas: Kroger will start selling frozen versions of the entree in its Cincinnati and Indianapolis stores this October, Cronican said.

"We’ve been working on that for about a year," he said.

The company will continue to focus on improving quality and operations at its Keystone locations in Hyde Park, Covington and Clifton.

"We still have every intention to grow our Keystone Bar & Grill locations," Cronican said. "The Mac Shack just enables us to expand that Keystone brand under a different banner."