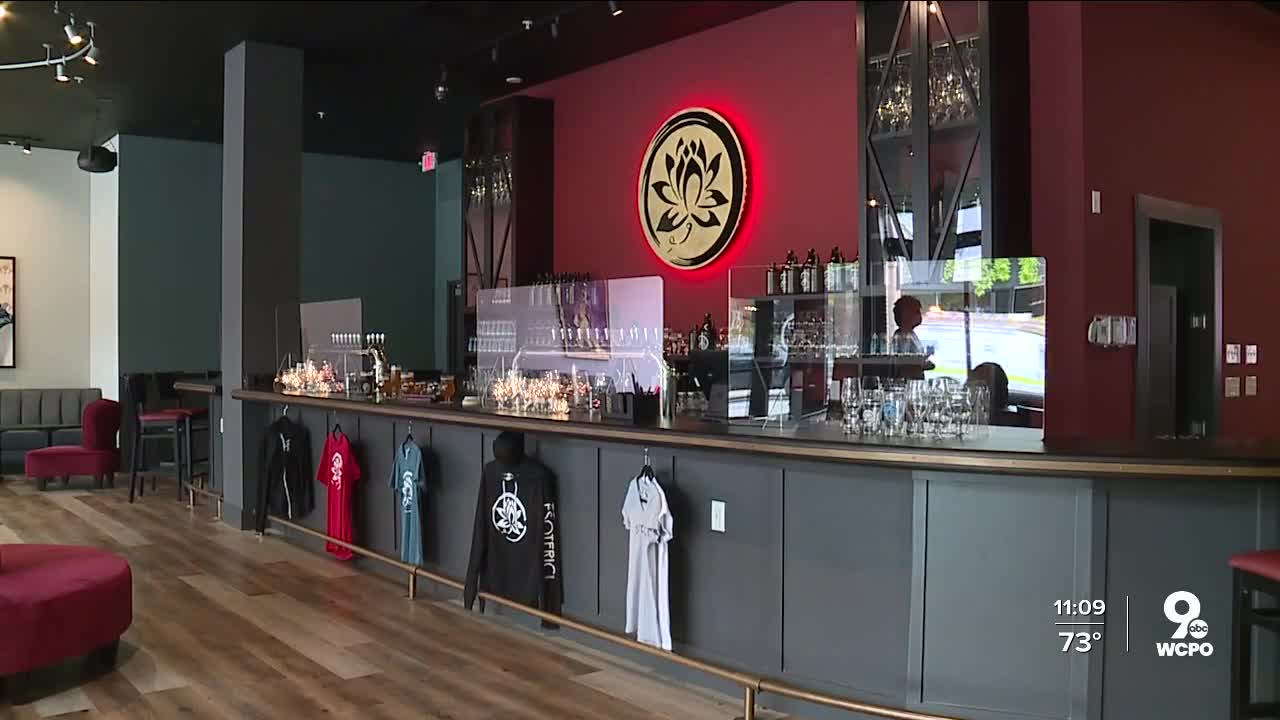 Nearly three years in the making and amid the ongoing coronavirus pandemic, Esoteric Brewing Co. is ready to open its doors in Walnut Hills. 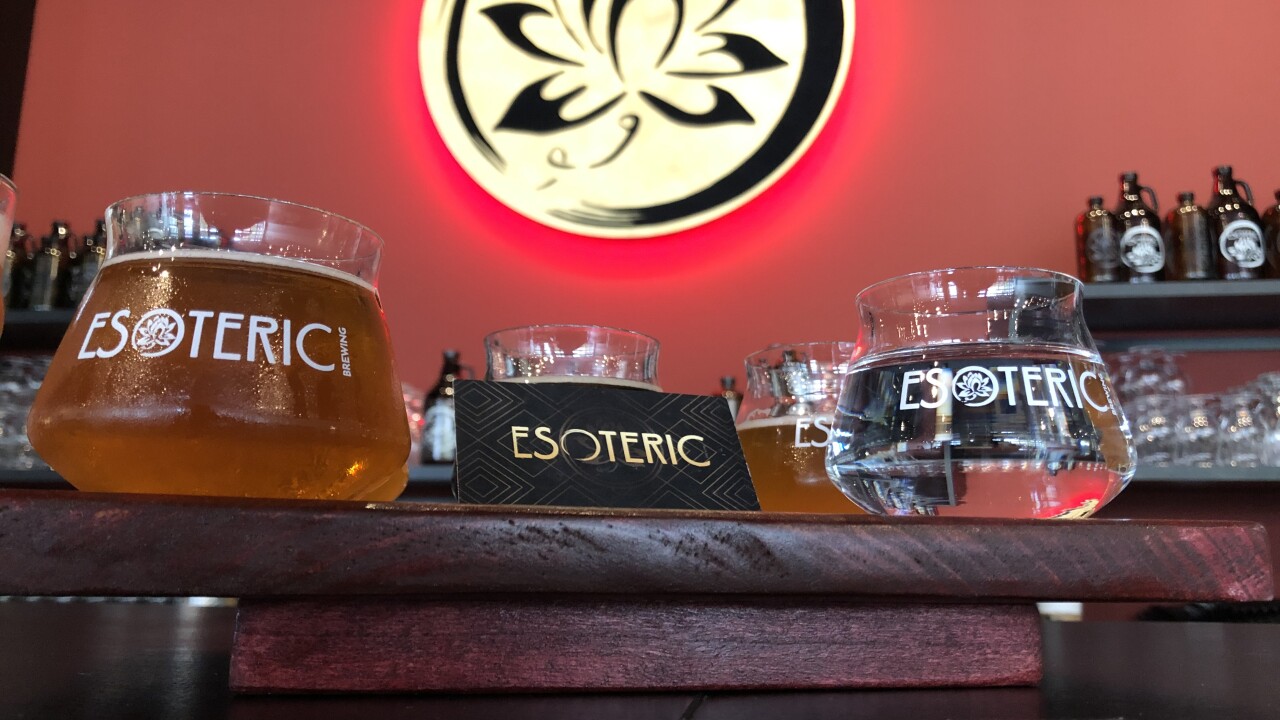 CINCINNATI — Nearly three years in the making and amid the ongoing coronavirus pandemic, Esoteric Brewing Co. is ready to open its doors in Walnut Hills.

“It feels fantastic," said Brian Jackson, co-founder and CEO of Esoteric Brewing. "It took a lot longer than we expected with the pandemic. We’ve had a few delays.”

Those delays though have not stopped Jackson from creating a lineup of outstanding beers inside Esoteric's historic location at the corner of McMillan Street and Gilbert Avenue, said Patrick Klesmith, another of the brewery's co-founders.

“I think it’s very much relief, just kind of getting here," he said. "We put up the sign a few days ago and I felt like that was really the completion of the construction.”

Jackon, Klesmith and the third co-founder Marvin Abrinica will pour their first pints for the public inside the historic Paramount building at Peebles Corner starting at 6 p.m. Wednesday.

Abrinica said there is more to Esoteric than its beers though.

“We really want to be part of the fabric of Walnut Hills and Cincinnati,” he said.

As the first minority-owned brewery in Cincinnati proper and the second in Greater Cincinnati, Jackson, who is Black, and Abrinica, who is Asian-American, said they want to also be a part of Walnut Hills' diverse neighborhood.

“One of our core values is championing diversity and it really extends beyond who we are," Abrinica said. "We’re African-American-owned. We’re Asian-owned. We’re also majority-owned (Klesmith). So from that standpoint, we really represent this diverse group and it very much is like Walnut Hills and if we can represent that here and we can welcome people of all races, colors, creeds, then we will have done our job and we will have inspired the neighborhood the way we want to.”

The Cincy Brewing Co. opened as the region's first minority-owned brewery in Lockland last year. Esoteric's co-founders announced plans to open their brewery at 918 E. McMillan St. in 2017 as part of the Paramount Square redevelopment project.

“I think this corner is going to offer this just wonderful community space which is really why this is built the way that it is,” Klesmith said. “We talk about being open in the morning just to offer coffee and free WiFi, so that’s really what we’re trying to create in here. We are a brewery. We are passionate about beer, but this is something more than beer.”

In reflecting both the diversity of its neighborhood location and history, Jackon also had his uncle, artist Elliot Jordan paint prominent Black artists, aviators and creators from the 1930s, the era in which Paramount Square was built to bring that message of inclusion home.

“That’s why we really as a brand, we really want to make sure people know we’re doing things like a Black is Beautiful stout which is coming out in the next week, where proceeds of that go to Black Lives Matters and other non-profit organizations and we’re going to be focusing on here in Walnut Hills other organizations that need that,” Abrinica said.

The brewery's taproom also reflects the art deco style of the building in which it is housed.

When Esoteric opens, it will do so with about 75% of its interior capacity available, which includes long comfortable couches and plexiglass dividers. There also will be another 65 seats via an outdoor patio as well.

“We want people to feel comfortable," Abrinica said. "At the end of the day, we wanted to build a brewery that was welcome for all, and even despite what’s going on here with this pandemic, we want to reiterate that fact. It’s not just welcome for all. It’s safe for all too.”

“We’re going to look at doing a lot of initiatives and partnerships with other businesses and community activists," he said. "At the end of the day, what we really want to do is we want to be a positive change for the neighborhood.”

The brewery is closed for a private event Thursday and will again open to the general public Friday.