'Miles Ahead' premieres in Cincinnati 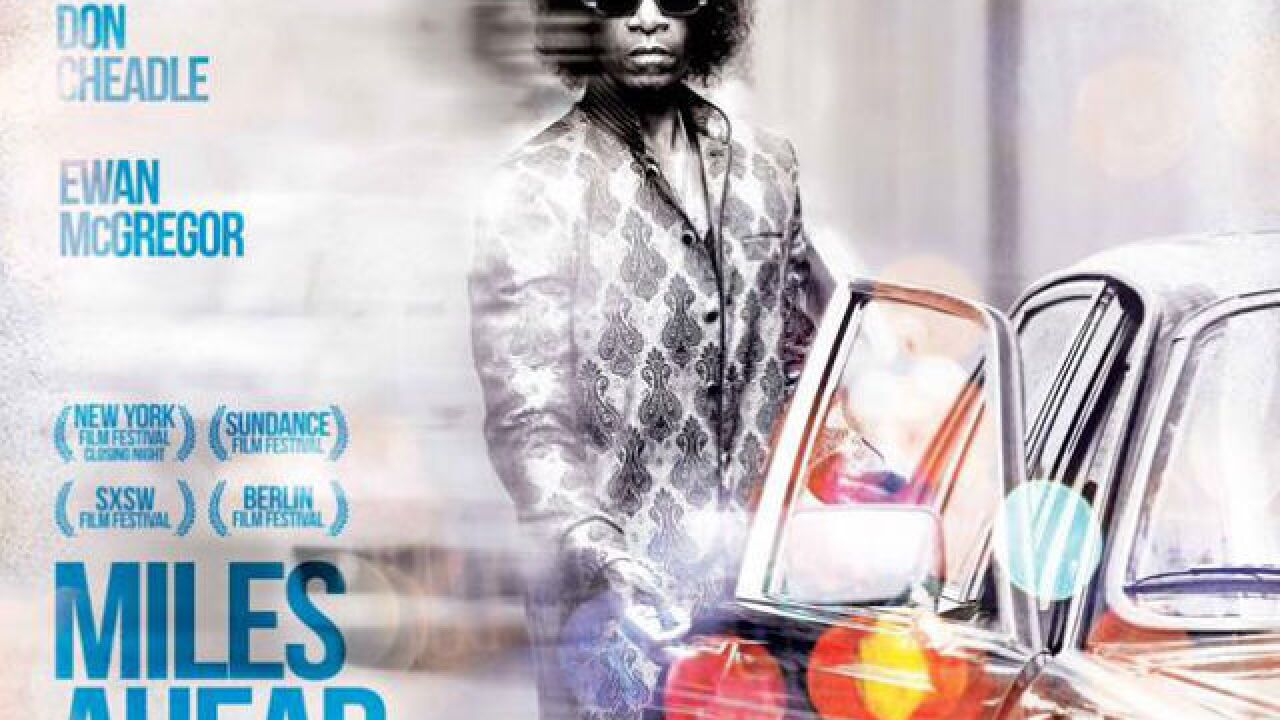 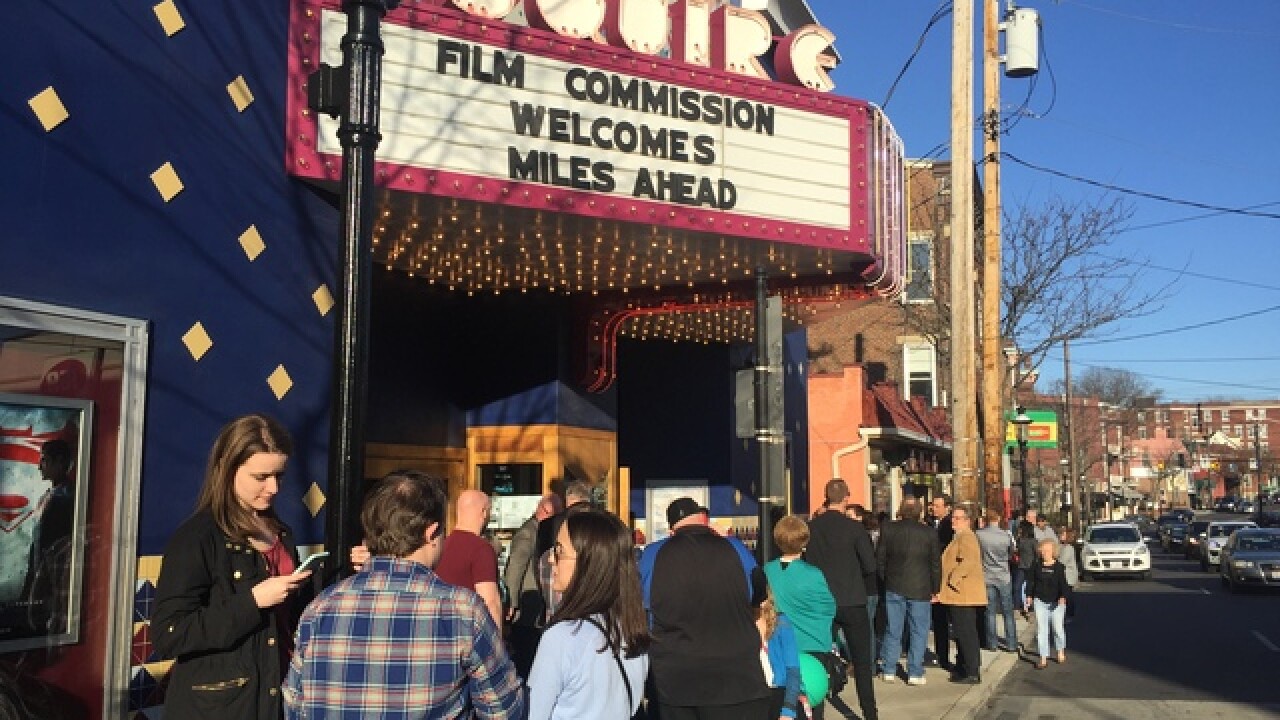 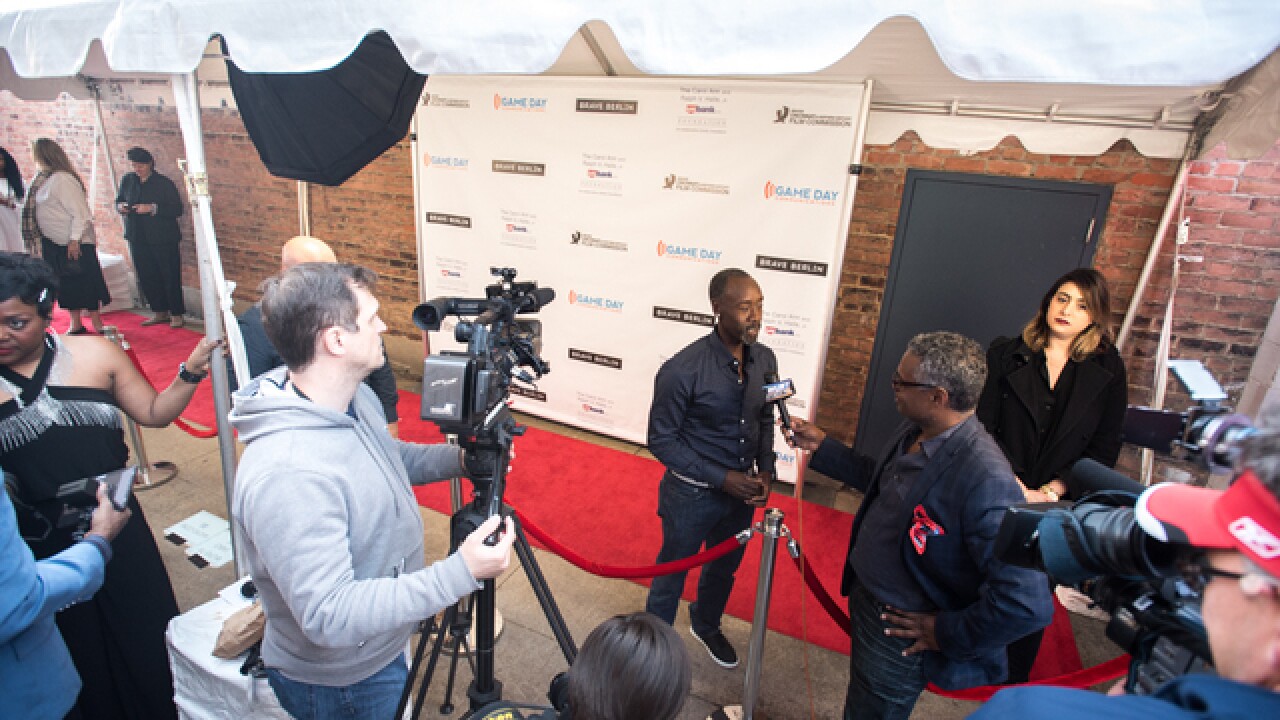 CINCINNATI — Actor Don Cheadle returned to Cincinnati on Saturday to deliver on a promise he made while filming "Miles Ahead” in the Queen City in 2014.

Cheadle, who stars in and directed the biopic about legendary jazz musician Miles Davis, attended a red-carpet screening of the film Saturday at the Esquire Theatre in Clifton.

People who either bought tickets or contributed to an Indiegogo campaign to support post-production on the film lined up outside of the theater to catch a glimpse of the star before seeing the film with him. Cheadle answered questions on the red carpet before the screening.

"To be honest, this film would not have happened without this city," Cheadle said.

He said his return trip to Cincinnati was his thanks for the city's support. In particular, Cheadle thanked Kristen Schlotman, executive director of the Greater Cincinnati and Northern Kentucky Film Commission.

"This woman did it all for us," he said. "She put her arms around us and made it all happen."

Cheadle said local musicians and the city's architecture contributed to the film, which was set in the 1950s and 1970s.

He also appeared at the film commission's post-screening afterparty gala at the Transept in Over-the-Rhine, where the actor-director, producer Pamela Hirsch, Schlotman and others held a question-and-answer session.

"Initially, what brought us to Cincinnati was financial reasons," Hirsch said, referring to the Ohio Motion Picture tax incentive that offers tax rebates to film crews that come to the Buckeye State. "Before we came to Cincinnati we were not 100 percent sold. Kristen sold locations. We definitely found the flavor that we wanted. Cincinnati just let us focus on making our movie."

Cheadle said he felt nostalgic returning to Cincinnati nearly two years after he wrapped primary filming on his movie. He added he was glad to have worked in a city just "getting its legs under it as far as supporting films."

Cheadle also said he felt Cincinnati's architecture and support helped him create a movie that is not a traditional biopic. The film incorporates Davis' music and floats between past and present elements of the musician's life, from the 1970s when he was not making music to when he met his first wife in the 1950s.

"We wanted to use the silent period as a point of departure," Cheadle said. "We could have this experience which is more free-form that is more like Miles Davis."

The first-time director also laughed when asked for advice about making movies.

"My advice is don't do it," Cheadle joked, adding that with the advent of cheap video technology, a person could make films inexpensively, from iPhone videos to crowdfunded movies.

When Cheadle launched his $325,000 Indiegogo fundraising campaign in 2014 and promised to return to Cincinnati for an advance screening, he said he did so to make the movie a “social event.”

The description was a play on how Davis referred to his own music in interviews. Davis, who died in 1991, called his music “social music” instead of jazz, saying that he found the latter term too confining for the music that he composed.

Schlotman said she felt honored to be a part of what brought "Miles Ahead" to the big screen.

"On behalf of all of us, thank you," she said, looking at Cheadle and then at the audience.

“Miles Ahead” will get limited release in New York and Los Angeles on April 1. The movie will arrive in Greater Cincinnati theaters on April 15.

Read a recap of live coverage of the screening below (if the live blog does not load, click here):