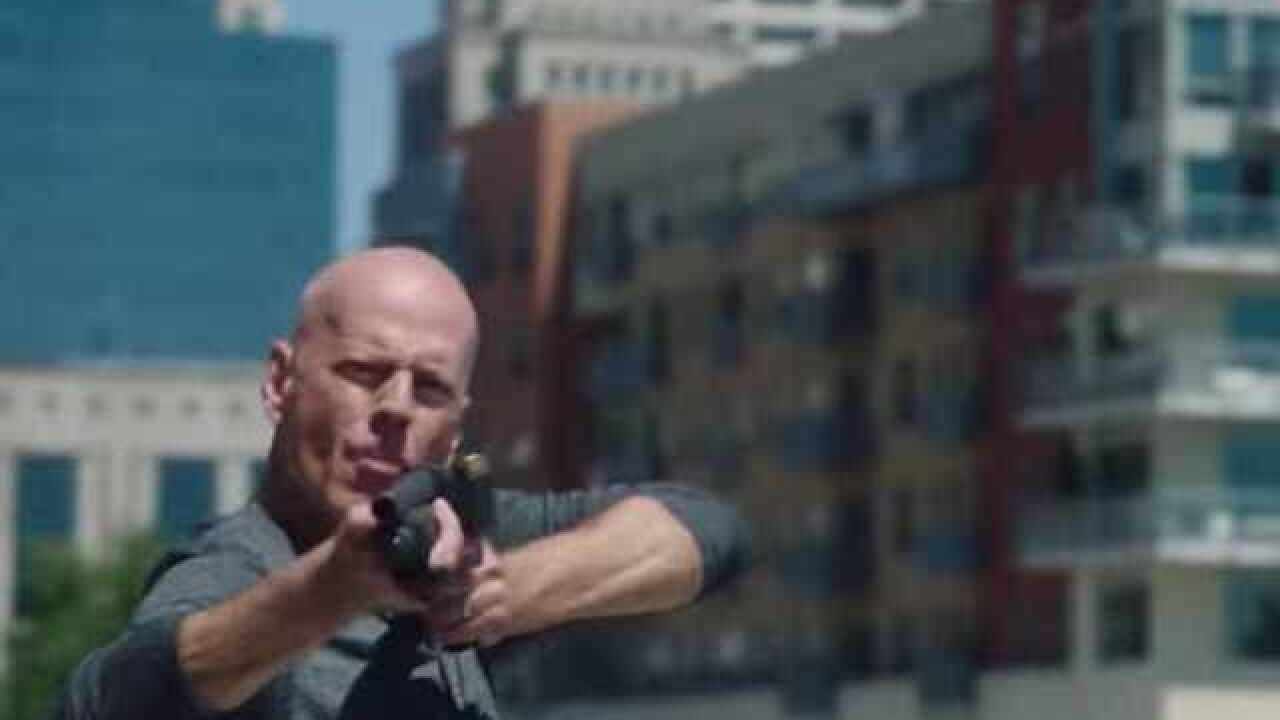 <p>Bruce Willis stars in the movie "Reprisal," which was filmed in Cincinnati last year. "Reprisal" hits theaters on Aug. 31.</p>

CINCINNATI – Once again the Queen City is the backdrop for mayhem, a bank heist and gunplay in an action movie starring Bruce Willis.

Lionsgate Movies released its first trailer for the movie "Reprisal," which filmed in Cincinnati last summer. In the film Willis plays James, a veteran and neighbor of Jacob, a man traumatized after a violent bank robbery takes place where he works.

RELATED: Nine things we learned about "Reprisal," its cast and crew

The two-minute movie trailer opens with an aerial shot of the Cincinnati skyline with the Daniel Carter Beard Bridge in the foreground.

The trailer then shows an armed and masked Schaech barging into Grillo's work. The scene should look familiar to those who saw the 2016 movie "Marauders." Crews filmed that bank heist movie in Cincinnati in 2015, and it also featured a prominent scene of gun-wielding, masked men robbing a Downtown bank. Both Schaech and Willis starred in "Marauders" as well, portraying characters similar to those seen in "Reprisal."

Other recognizable Cincinnati locations in the "Reprisal" trailer include the area near West Third Street and the Clay Wade Bailey Bridge, along with the Banks and the Roebling Suspension Bridge. Crews filmed a scene in Smale Riverfront Park last August that depicted a man plummeting off the Roebling Bridge.

Caught the end of day 1 of filming "Reprisal" starring Bruce Willis at Roebling Bridge during my evening run. That 1st step is a doozy. pic.twitter.com/CJNfthn8I6

A Cincinnati police cruiser also plays a prominent role during a high-speed chase sequence in the trailer.

The movie will be released to theaters on Aug. 31.