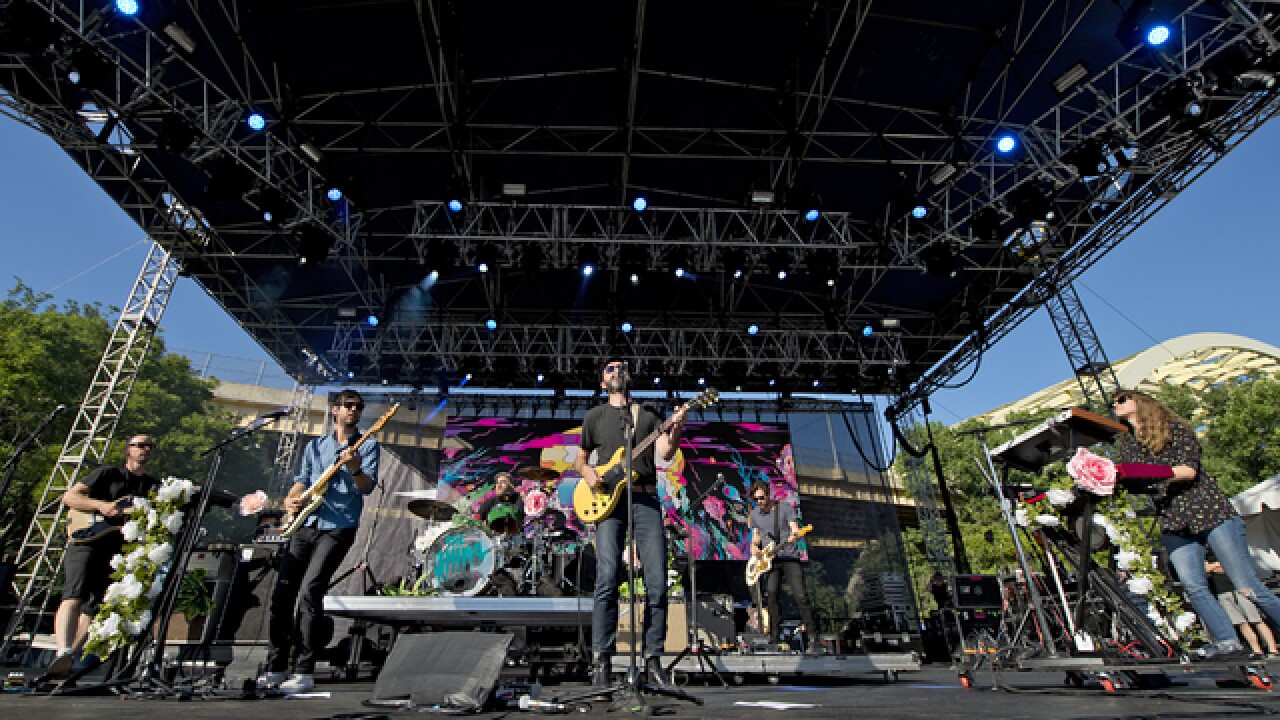 Copyright 2018 Scripps Media, Inc. All rights reserved. This material may not be published, broadcast, rewritten, or redistributed.
David Sorcher
The sixth annual Bunbury Music Festival kicked off at Sawyer Point and Yeatman's Cove on June 2, 2017. The Shims perform on the Sawyer Point Stage. Photo: David Sorcher

CINCINNATI -- It's time to start planning your daily strategy for the 2018 Bunbury Music Festival.

In January, the company announced that Jack White, the Chainsmokers, blink-182, Post Malone and Incubus will headline the festival, which will take place June 1-3 at Sawyer Point and Yeatman's Cove.

Here is the lineup of who will play each day of the festival. Organizers have not yet released performance times.

This will be the seventh year for the festival, which debuted along the riverfront in 2012. Last year's headliners included Muse, Bassnectar, Pretty Lights, Death Cab for Cutie, the Shins, 30 Seconds to Mars, AFI, D.R.A.M. and San Fermin.