Billy Yanks is bringing handcrafted sandwiches, mac and cheese, and bourbon to its new Hamilton digs 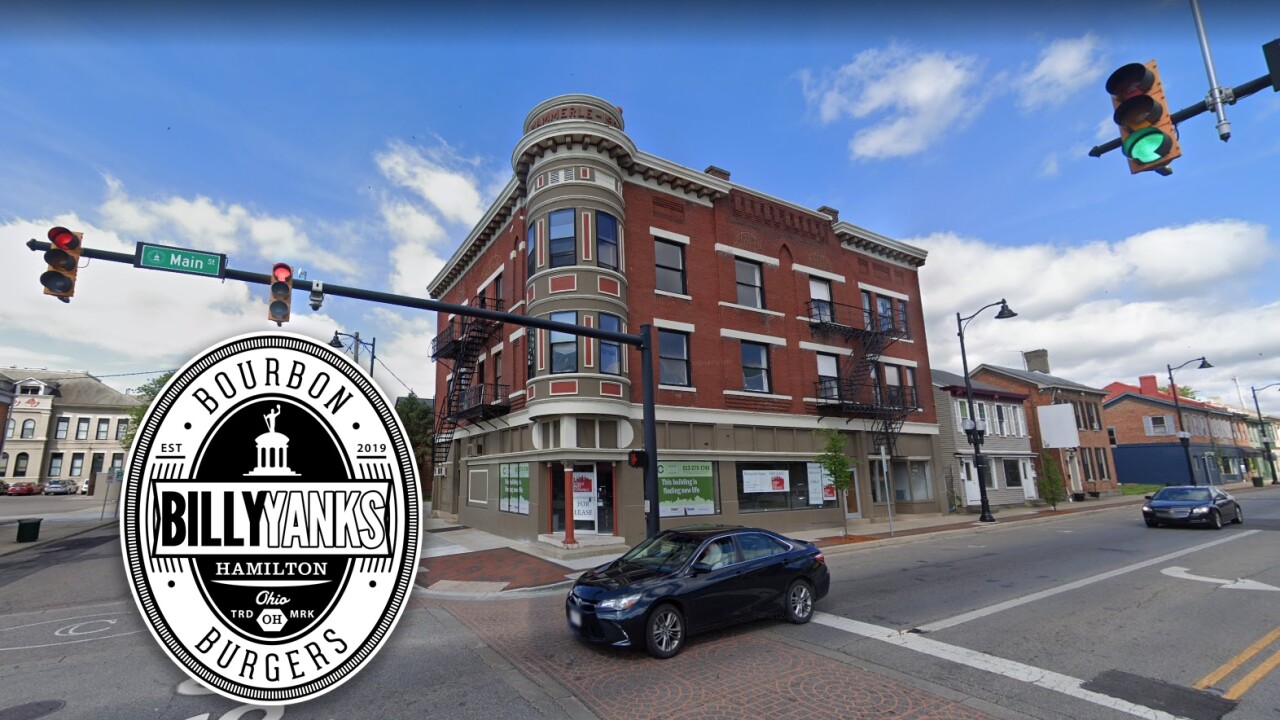 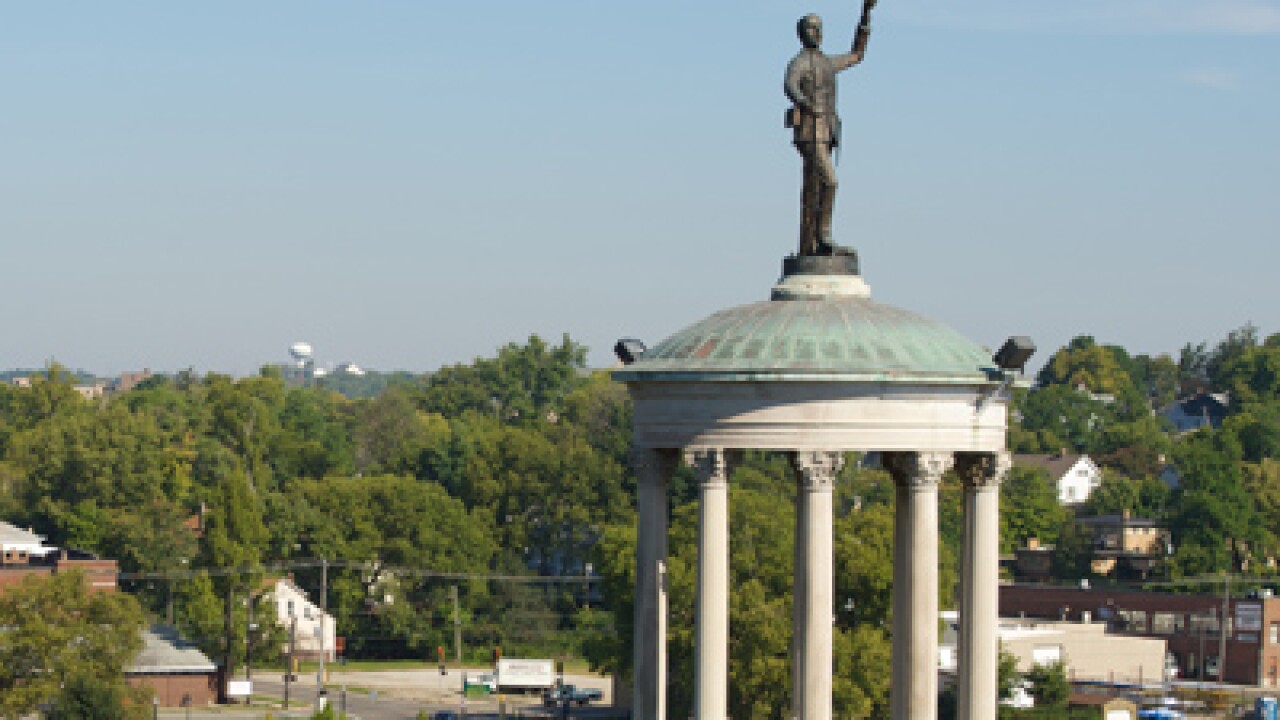 HAMILTON, Ohio — Another restaurant with Greater Cincinnati ties is expanding with a new concept in the city of Hamilton. Not only will the menu feature several mouth-watering burgers, but the owners behind the venture are planning to bring a bourbon bar to the downtown space as well.

Billy Yanks, a concept being developed by Cafeo Hospitality Group – the same team behind restaurants Incline Public House, Jefferson Social and Press on Monmouth – will specialize in handcrafted sandwiches, mac and cheese and bourbon when it opens at 201 Main St. in the spring. While the menu isn’t final yet, WCPO.com got a sneak peek at its most recent iteration.

Billy Yanks will borrow from some of the favorites at Incline and Press, respectively, such as the crispy Brussels sprouts, cubano and andouille corndog, said Tony Cafeo, co-owner of the Cafeo Hospitality Group, but burgers will take center stage. There’s the Big Tex, a double-stacked burger with bacon, American cheese, greens, tomato, an onion ring and house steak sauce; the Dirty South, served with pimento, pepper relish and fried green tomatoes; and Going Back to Cali, topped with avocado, caramelized onion, bacon, Swiss and arugula.

A shrimp po'boy and Nashville hot fried chicken sandwich also have been proposed, as well as a small selection of soups, salads and desserts. Sweet treats include a brownie sundae, fried doughnuts and a cast-iron chocolate chip cookie.

“I would say we’re going to provide a downtown Cincinnati-type experience without having to drive there, with the décor, the service and the quality of the food,” Cafeo said. “We’re doing burgers because, one, everyone loves a good burger. And two, we wanted to keep it more on the casual side. We wanted a place where, for people who live down the street and are just wanting to go out for a simple meal, they can come a couple days a week. They’re not going to want to go out and spend a bunch of money every single night, so we wanted something that’s good and affordable.”

The restaurant’s name is a local nod to the famous 17-foot bronze statue of a Civil War soldier, known as Billy Yank, that stands tall atop the Soldiers, Sailors and Pioneers Monument in downtown Hamilton, just a few blocks away.

Inside, Billy Yanks will seat about 65, with space for about 30 on a patio out back. In a smaller, adjacent storefront, Cafeo said he’s also planning a bourbon/cocktail bar that will seat roughly 20. There will be an inside doorway connecting the restaurant and bar, but there will be separate outside entrances for each offering as well.

“At first we thought we could make that (space) a bottle shop, but after going up there three or four times at night and hanging out with people, it became very clear that there’s a lot of beer options in Hamilton, but not really that many options for cocktails and bourbon and that kind of thing,” Cafeo said. “The cocktail bar will be a little more on the upscale side, while the restaurant will be somewhat more casual.”

Hamilton-area native Jason Campbell will act as the restaurant’s operating partner, chef and general manager. Campbell was the first one to pitch Cafeo on Hamilton as an up-and-coming locale, Cafeo said.

“For about a year, he’s been saying we should go up there and look,” Cafeo said. “He was just struck by the beauty of the downtown and the stories that his dad used to tell him about how Hamilton used to be such a popular place. I really didn’t listen to him (at first). But we’re pretty confident that Hamilton is going to bounce back fast.”

The restaurant is just the latest development in Hamilton. Recently, other high-profile Greater Cincinnati restaurants have found a home there, such as Tano Bistro . Village Parlor, an old-fashioned ice cream shop, doubled-down with a second location in Hamilton earlier this year after operating its Lebanon location for 50 years.

And Fretboard Brewing & Public House is part of a brewpub project at 103 Main St., the former Quarter Barrel location. That effort is a collaboration with Cincinnati-based restaurant group Looking Glass Hospitality Group, which owns and operates Tahona Kitchen+Bar and SW Clyborne Co. Provision & Spirits in Mason. Patrons can expect made-from-scratch food served alongside some unique-to-Hamilton beers.

Billy Yanks, local leaders said, will give Main Street even further momentum. Demo is already underway, and Cafeo is planning for an April 2020 debut.

“We are thrilled to announce that yet another great restaurant is investing in Hamilton,” City Manager Joshua Smith said in a release. “The fact that Cafeo Hospitality Group chose Hamilton to open their newest location signals that our community is becoming a regional destination. Billy Yanks will be a great addition to our Main Street business district.”