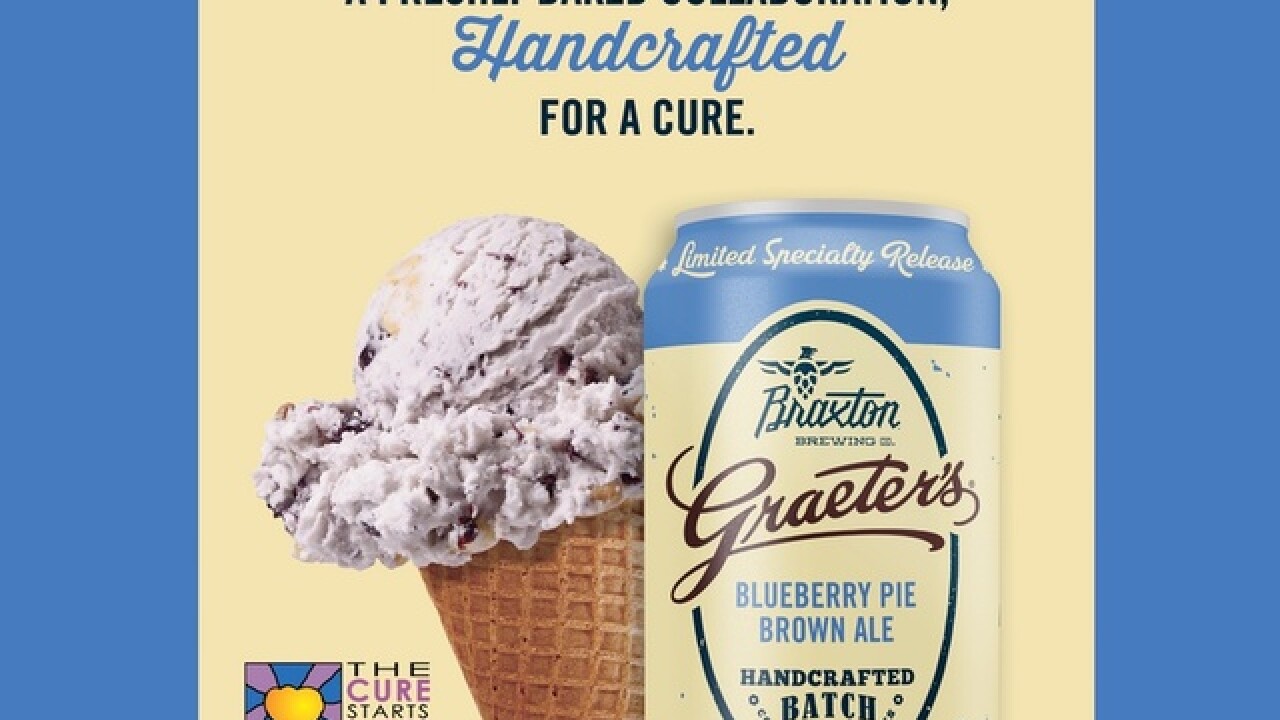 Copyright 2017 Scripps Media, Inc. All rights reserved. This material may not be published, broadcast, rewritten, or redistributed.
Provided
<p>Blueberry Pie Brown Ale will be available on Sept. 9.</p>

Grab free scoops of Elena's Blueberry Pie flavor ice cream in Graeter's shops from 4 to 8 p.m. Thursday as the company kicks off this year's Cones for the Cure campaign.

As part of its continued support for The Cure Starts Now, which researches pediatric brain cancer, guests in Graeter’s shops from Sept. 7 to 17 will also have the opportunity to make a donation directly to The Cure Starts Now Foundation. Graeter’s will offer a coupon booklet with up to $20 in savings for every donation of $5 or more.

"Our support of the Cure Starts Now is entering a new decade” said Chip Graeter, fourth generation co-owner of Graeter’s. “Ten years ago we created this special ice cream flavor and have been committed to the cause ever since. And this year, we’re elevating awareness even more with Braxton Brewing Co.’s ice cream-inspired ale. We couldn’t be more excited for this year’s campaign.”

Graeter’s and Braxton Brewing Company are hoping lightning strikes twice as they release a second ice cream-inspired ale with a tapping party on Saturday at the Covington brewery's taproom.

Lines stretched around the block when Braxton unveiled its Black Raspberry Chocolate Chip Milk Stout in January, and now the companies are teaming up with Blueberry Pie Brown Ale.

This new brew will be available at participating Kroger stores throughout Northern Kentucky, Cincinnati, Lexington, Louisville, Dayton and Nashville beginning on Sept. 11. Braxton Brewing Co. and its wholesale partners have pledged a donation of at least $10,000 to help raise awareness of The Cure Starts Now.

"Based on the success of Black Raspberry Chip Milk Stout, we thought long and hard about what we could do to raise the bar,” said Jake Rouse, co-founder and CEO of Braxton Brewing Company. “After hearing The Cure Starts Now’s story about the genesis of the 'Homerun Cure' it became abundantly clear, I couldn't be more thrilled to have such an amazing beer support such a worthwhile cause."