Here are 9 places where you can find unusual seasonal drinks 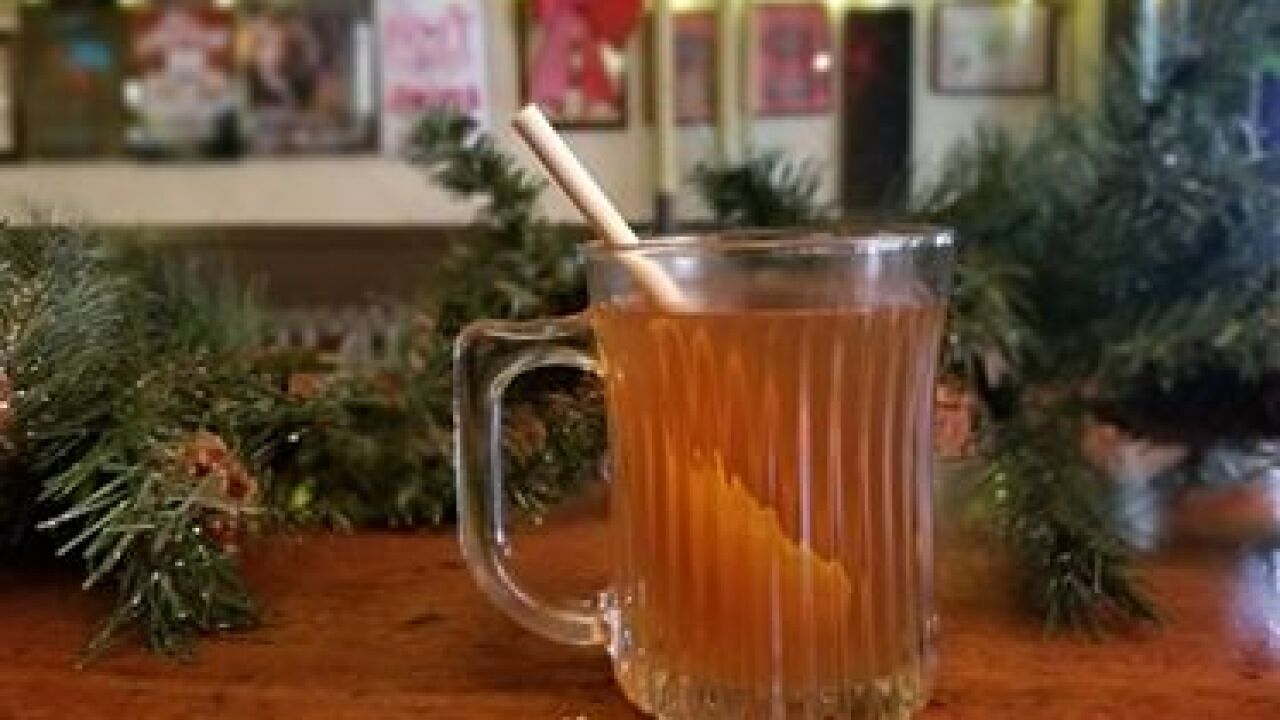 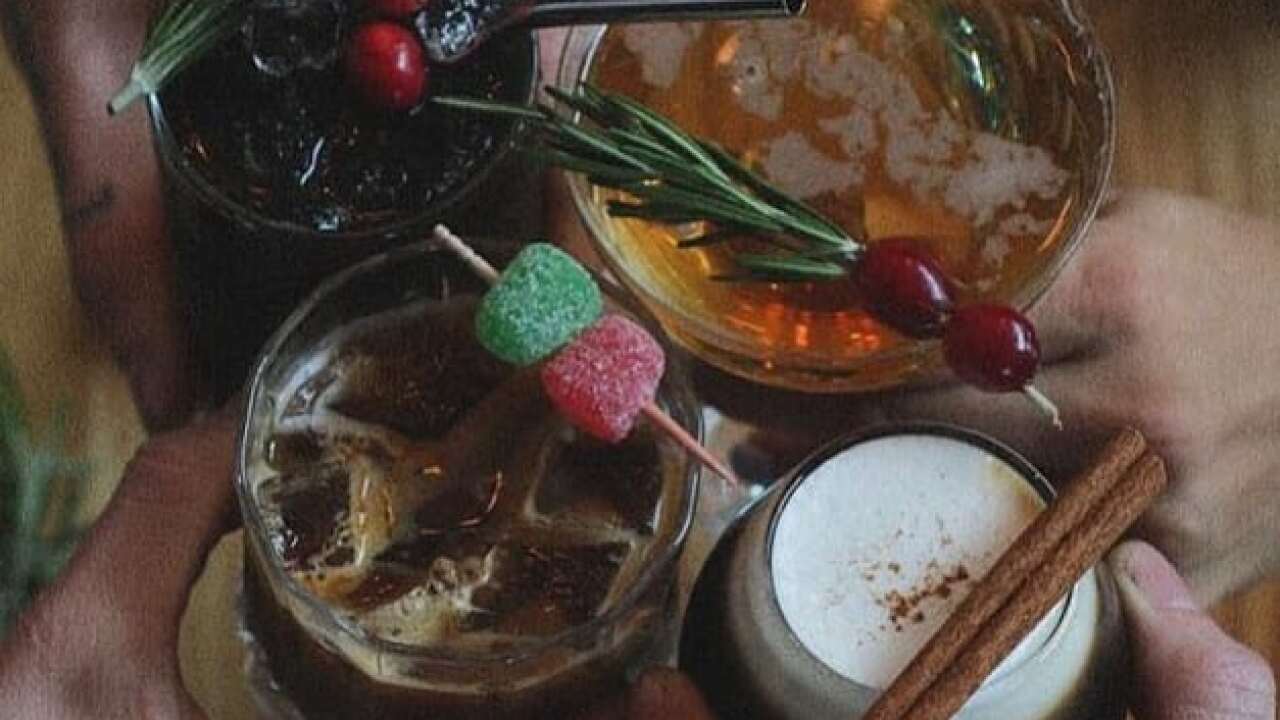 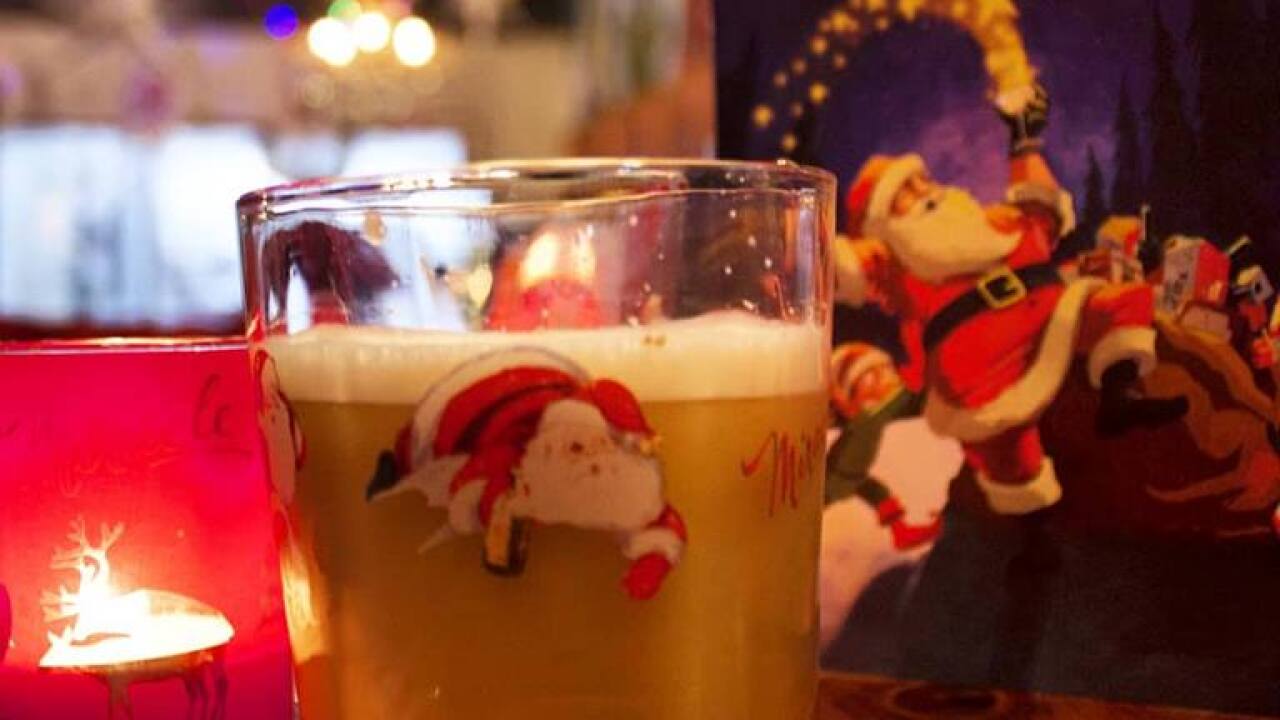 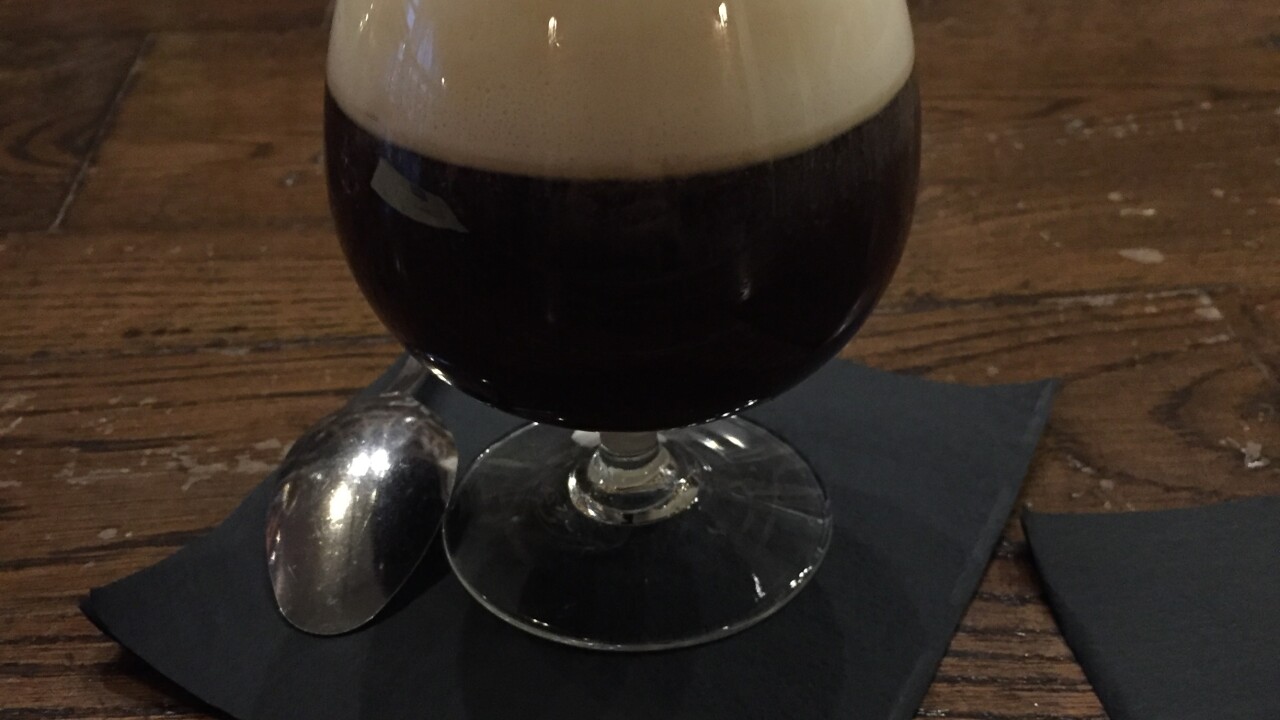 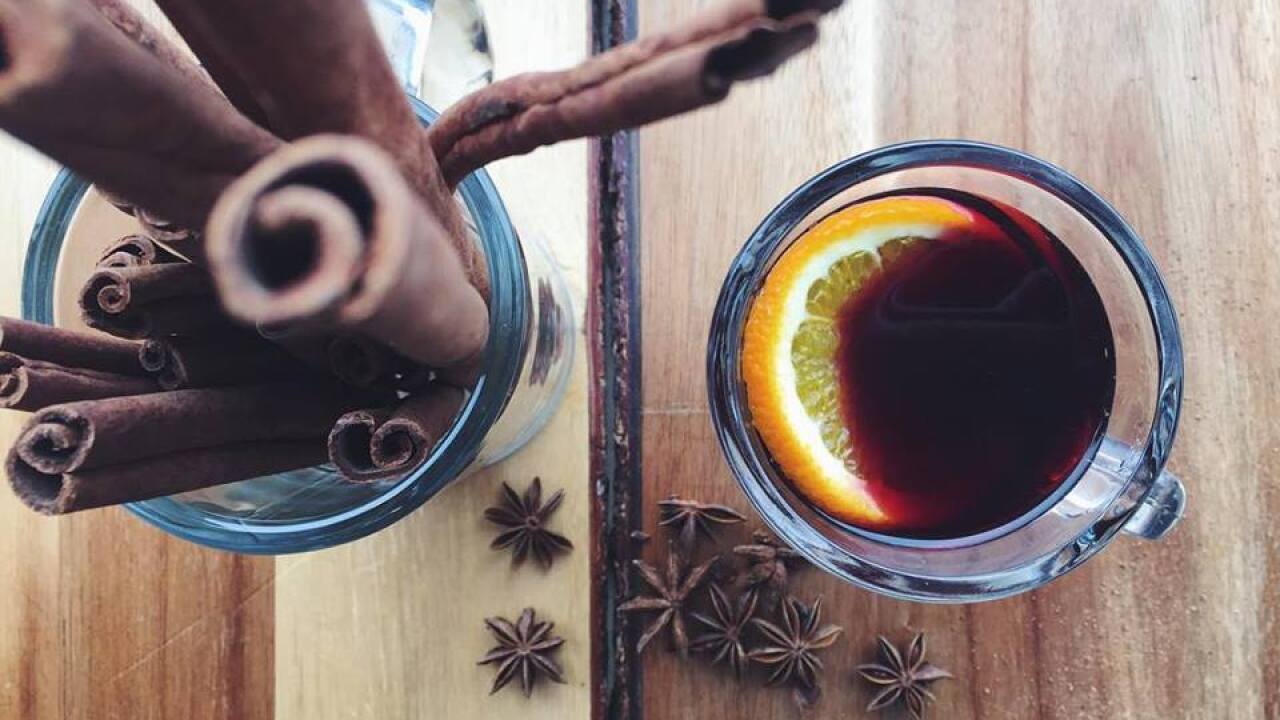 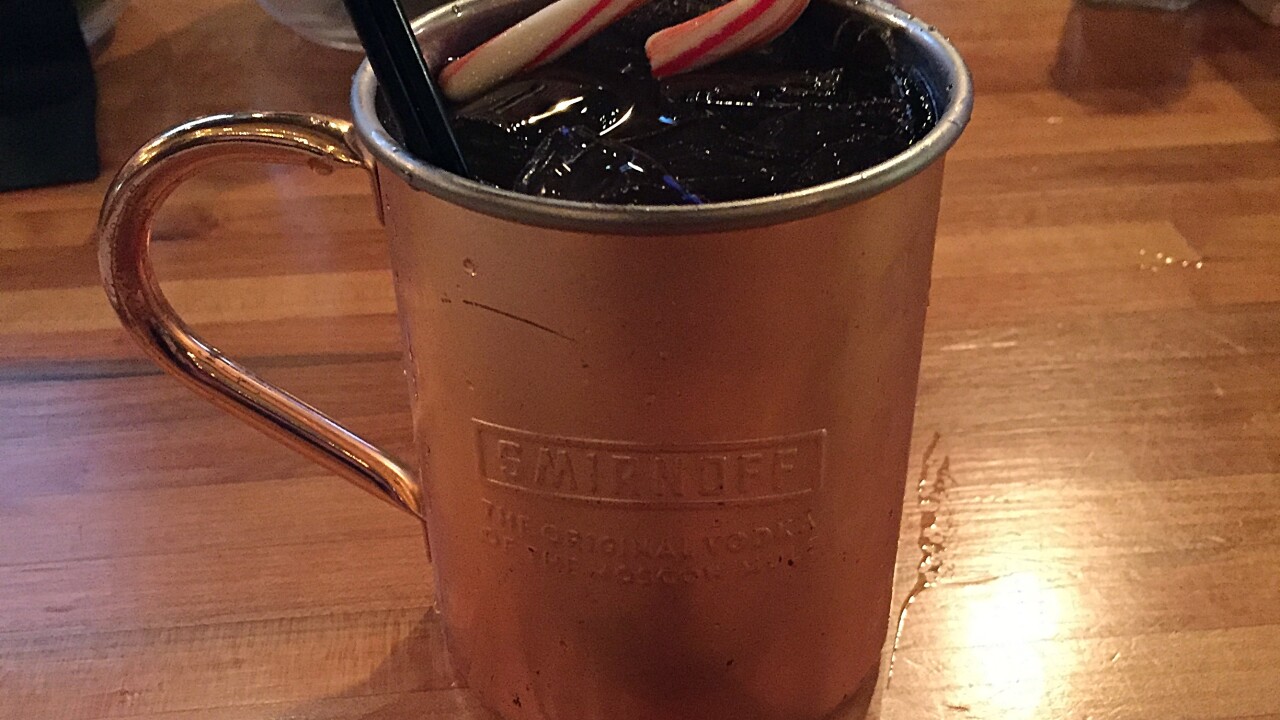 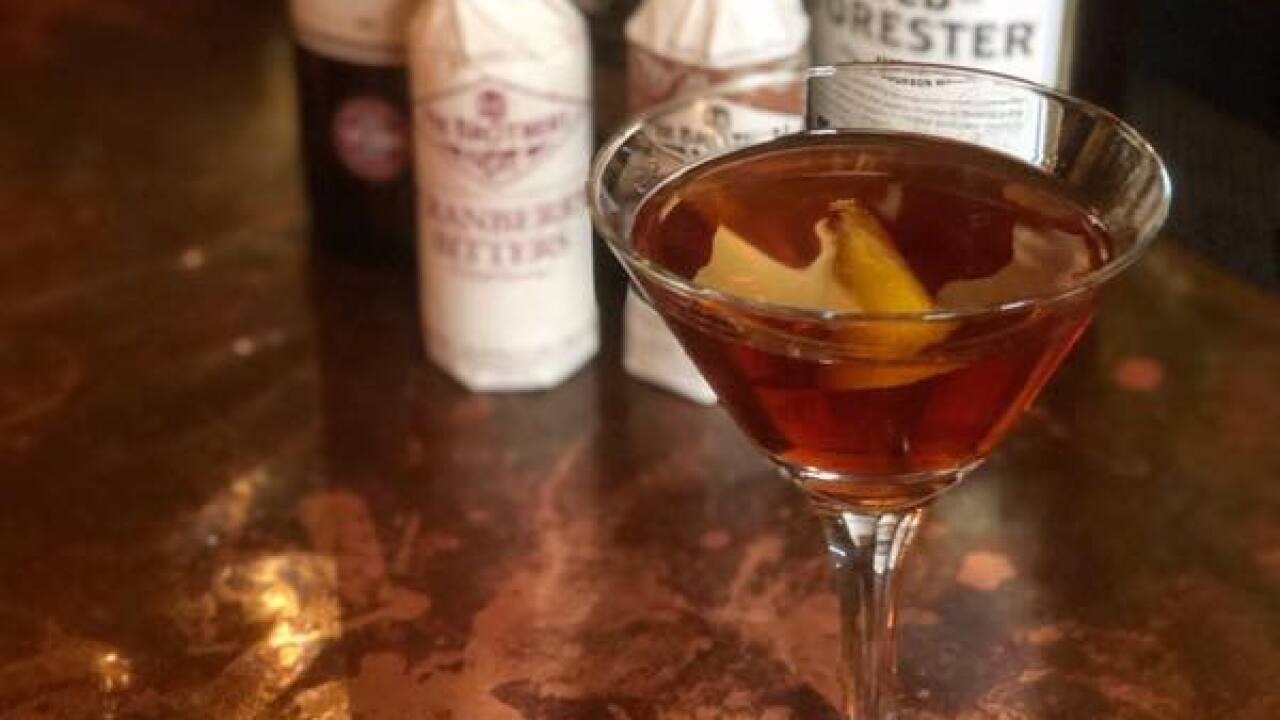 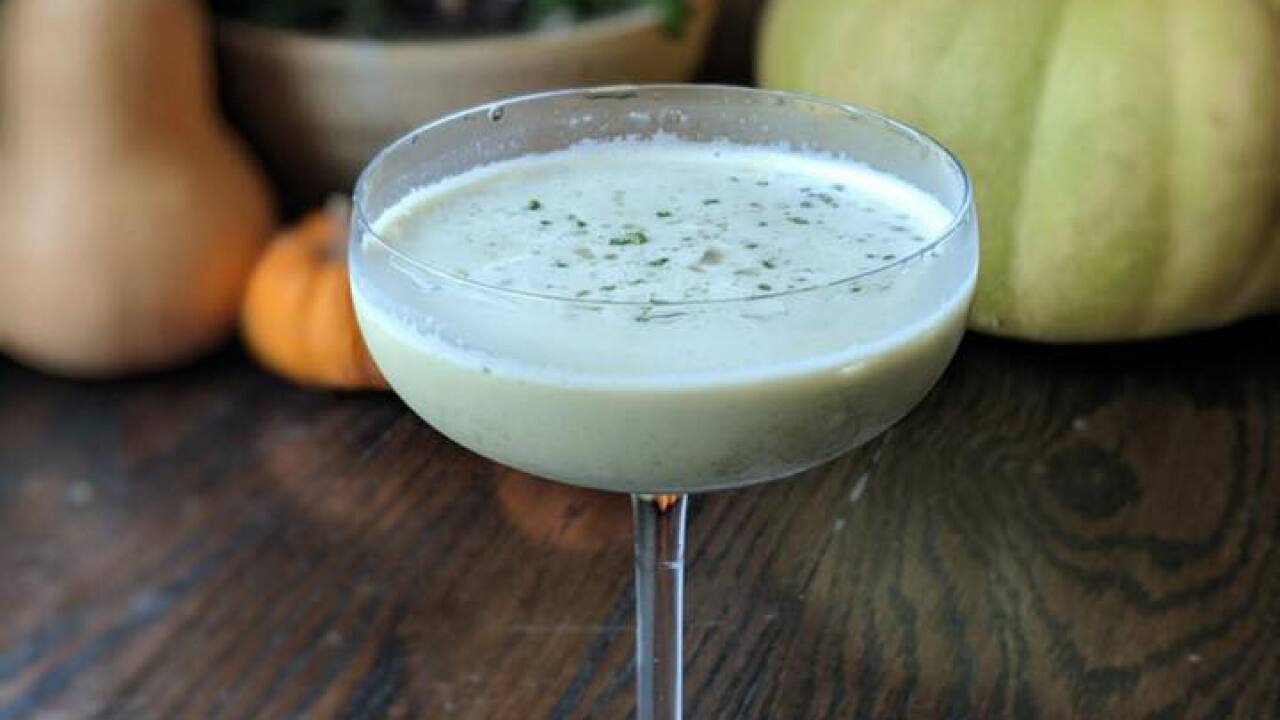 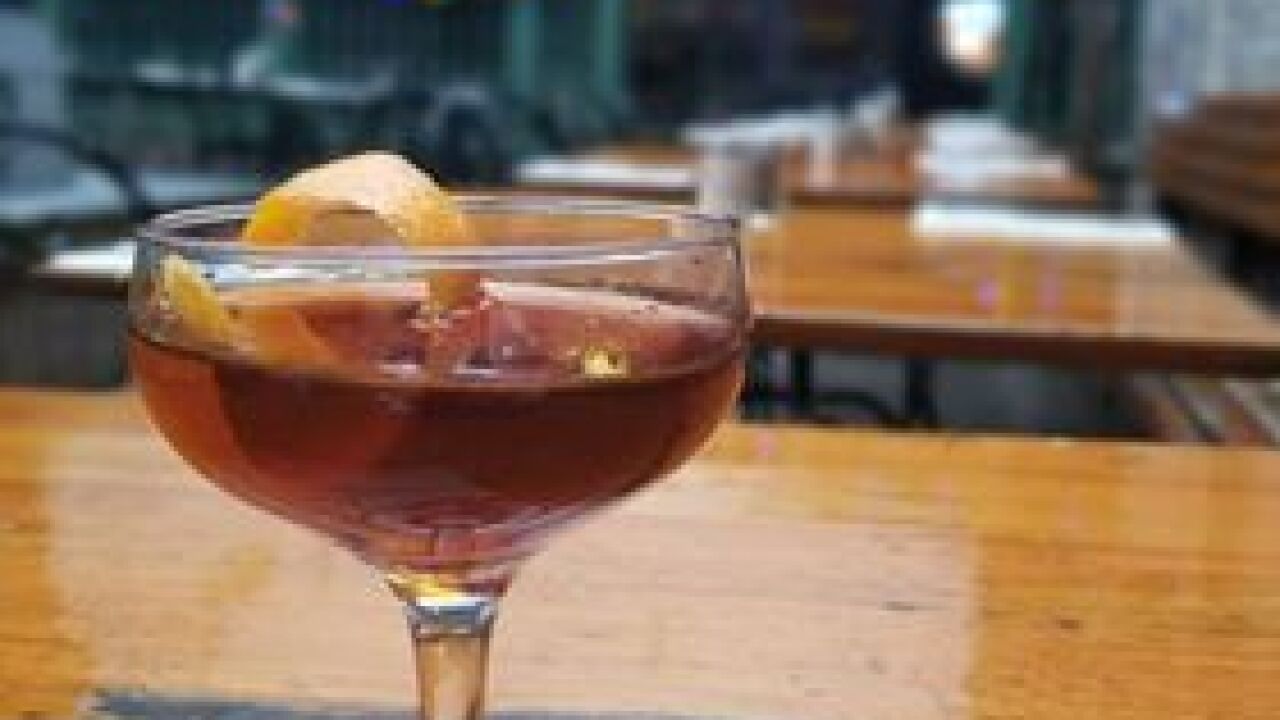 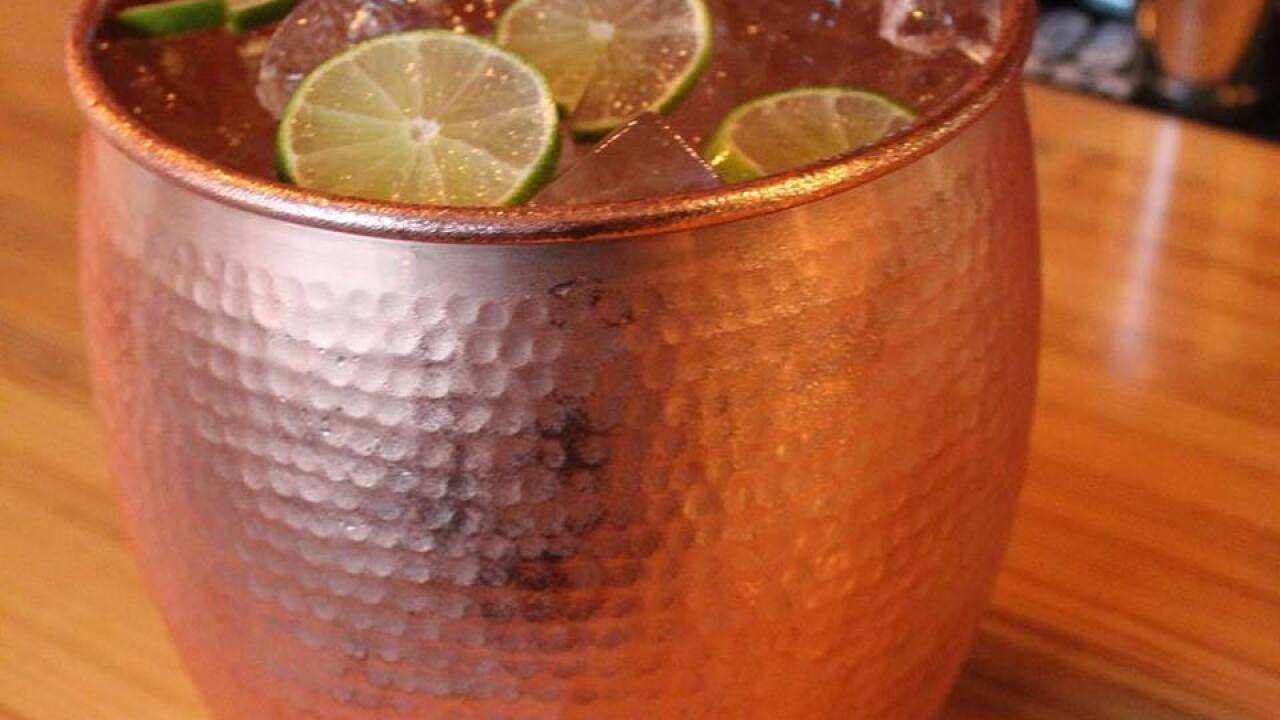 It's that time of year to be merry — or at least pretend to be.

Several bars and coffee shops in Greater Cincinnati and Northern Kentucky offer just what you need not only to get through the holidays, but to weather the winter, too: warm, boozy beverages and eclectic non-alcoholic and alcoholic coffee drinks.

Some drinks are available through the end of the month, while others will be on the menu until spring — or whenever the weather decides to get warm.

In the meantime, treat yourself at these nine places.

Carabello has had quite the year. First, Food and Wine named it one of the best coffee roasters in Kentucky, and recently USA Today named it the best coffee in the entire state. The December Analog Coffee Bar menu — available Thursday thru Saturday in its annex — demonstrates Carabello’s innovation in elevating holiday-themed coffee drinks. The Candyland features espresso, housemade candy cane syrup, sweetened condensed milk, vanilla bitters and cream. The Naughty List appeals to the senses of the season: dram pine syrup, activated charcoal, angostura bitters, Topo Chico, citrus and cranberry. With only six seats available per session (they run hourly 1-8 p.m.), reservations are recommended. 107 E. Ninth St., Newport. 859-415-1587; facebook.com/carabellocoffee

Back for its second year, Miracle at Overlook Lodge once again trades murderous Jack Nicholson for a mostly benevolent holiday. A whopping 94 cocktail bars across the globe are participating in Miracle this year. All Miracle bars use the same set menu, but each bar is allowed to integrate its liquor brand of choice. Overlook switched out real milk for coconut milk in the warm Bad Santa drink (Barbados rum, Trinidad overproof rum, Batavia arrack, pineapple juice, lemon juice, coconut milk, eight spices, coconut water and coconut oil) so vegans and lactose-intolerant bar-goers could have a tipple. Enjoy a Gingerbread Flip (bourbon, gingerbread syrup, Elemakule tiki bitters, whole egg, nutmeg, gingersnap cookie crumbs) in the auspices of “A Christmas Story” leg lamp, holly jolly sweaters and stockings hung by the fireplace with care. Get your “Die Hard” fix — is it or isn't it a Christmas movie? — with the Yippee Ki Yay cocktail, made with Barbados rum, cachaca, Trinidad overproof rum, purple yam-coconut orgeat and pineapple. Miracle runs until Dec. 26. 6083 Montgomery Road, Pleasant Ridge. 513-351-0035; facebook.com/Overlooklodge/

Head to Over-the-Rhine’s 1215 Wine Bar not just for wine but also for boozy coffee and tea drinks. The Irish coffee is one of the best in the city. The bar drops a shot of Jameson into an Americano (hot water and a shot of espresso), tops it with a couple inches of homemade whipped cream and serves it in a snifter. The drink is concurrently cold and hot, and the whipped cream is so thick that it comes with a spoon. For 75 cents extra, you can get another dollop. (It’s worth the splurge.) The drink used to be a seasonal item but is now available year-round. Besides Irish coffee, 1215 also offers a rye chai (housemade chai, Old Overholt Rye and cinnamon), Pale Horse bourbon latte (white chocolate and espresso with Four Roses bourbon) and hot toddy (Earl Grey, honey simple syrup, lemon juice, Old Overholt Rye and orange bitters). For $5 the bar will add a shot of Baileys, Frangelico, rum or whiskey to your drink. However, if you want a non-alcoholic beverage, 1215 also whips up gingerbread lattes and maple lattes. 1215 Vine St., Over-the-Rhine. 513-429-5745; 1215vine.com

Spend the holidays and wintertime in Walnut Hills’ cozy coffee shop and beerporium. Throughout the winter Landlocked will be serving gluhwein, a mulled spiced wine fortified with rum. It comes in an Irish coffee mug and is accompanied by an orange slice and a cinnamon stick. So Spice (1,000,000 Years Dungeon) — an “Adventure Time” reference — is made with chai, cold-pressed apple cider and Bulleit bourbon. If you crave something sweeter, order the I Can’t Believe It’s Not Butter Beer, an homage to Harry Potter (and butter substitutes). Served cold, apothecary cream soda mixes with Tito’s vodka; a butterscotch marshmallow foam floats atop. Beware: It’s sticky. For something warm and alcohol-free, Landlocked has a spiced mocha, made with espresso, steamed milk, chocolate and cayenne for some heat. 648 E. McMillan St., Walnut Hills. 937-626-4417; facebook.com/landlockedsocialhouse/

Nestled in MainStrasse Village, the bourbon bar will offer hot apple cider with or without bourbon (naturally) until the end of winter. Every day it features a different bourbon-based cocktail. Recently, Slay-Ride (bourbon, sweet vermouth, allspice dram, barrel-aged bitters and cranberry bitters) and Totty 2 Hotty (a hot toddy with Jim Beam Bonded, Hamilton Pimento Dram, Angostura bitters, honey, lemon and nutmeg) were on the menu, but the bartenders are happy to concoct anything you want. 629 Main St., Covington. 859-581-1777; facebook.com/Oldkybourbonbar/

Every month, Northside restaurant/bourbon/cocktail bar The Littlefield offers a cocktail in which proceeds go toward a local charity. This month the festive Another Shot Nog will benefit the Ohio Justice and Policy Center in Cincinnati. It’s a nonprofit law firm that protects the human rights of those incarcerated in the state. The drink is made with matcha eggnog, apple brandy and spiced rum. It’s a drink that you can feel good about imbibing because it’s made with matcha (healthy!) and it aids a good program. 3934 Spring Grove Ave., Northside. 513-386-7570;littlefieldns.com

With its old-timey pub vibe, Arnold’s — Cincinnati’s oldest bar — is the place to spread and share holiday merriment. Currently, it has three seasonal cocktails, which will last until spring. The warm Celestica is mixed with Cruzan rum, demerara syrup, Amaro Montenegro, fresh lemon juice, orange bitters and whiskey barrel-aged bitters, and it’s served in a mug. Peachy Keen exudes a whiff of summer with Redemption Rye, peach and tarragon simple syrup, peach bitters, housemade ginger beer and fresh tarragon. Also, sample That’s Amaro. The heavy drink combines Amaro Nonino, housemade Cruzan coffee liqueur, vanilla tincture and a spritz of Fernet Branca, and it comes in an elegant coupe glass. If that won’t warm you up, nothing will. 210 E. Eighth St., Downtown. 513-421-6234;facebook.com/arnoldsbar

The “American pub food with Southern and Creole flair” restaurant and bar opened last month in Covington, and it is known for “proper” fast-casual vittles and beverages. As part of its bar program Rich’s offers the Proper Mule, a gallon (!) of liquid served in a bigger-than-your-head copper pitcher. Though not seasonal — it’s available year-round — the Proper Mule is the ideal drink to share with a group of people, like out-of-town guests. For $60 and a $40 refundable deposit, it holds around eight drinks. You can choose either a Moscow Mule (Tito’s vodka) or a Kentucky Mule (Buffalo Trace). Either way, this will make everyone feel the holiday spirit. 701 Madison Ave., Covington. 859-415-0069; facebook.com/RichsProper/