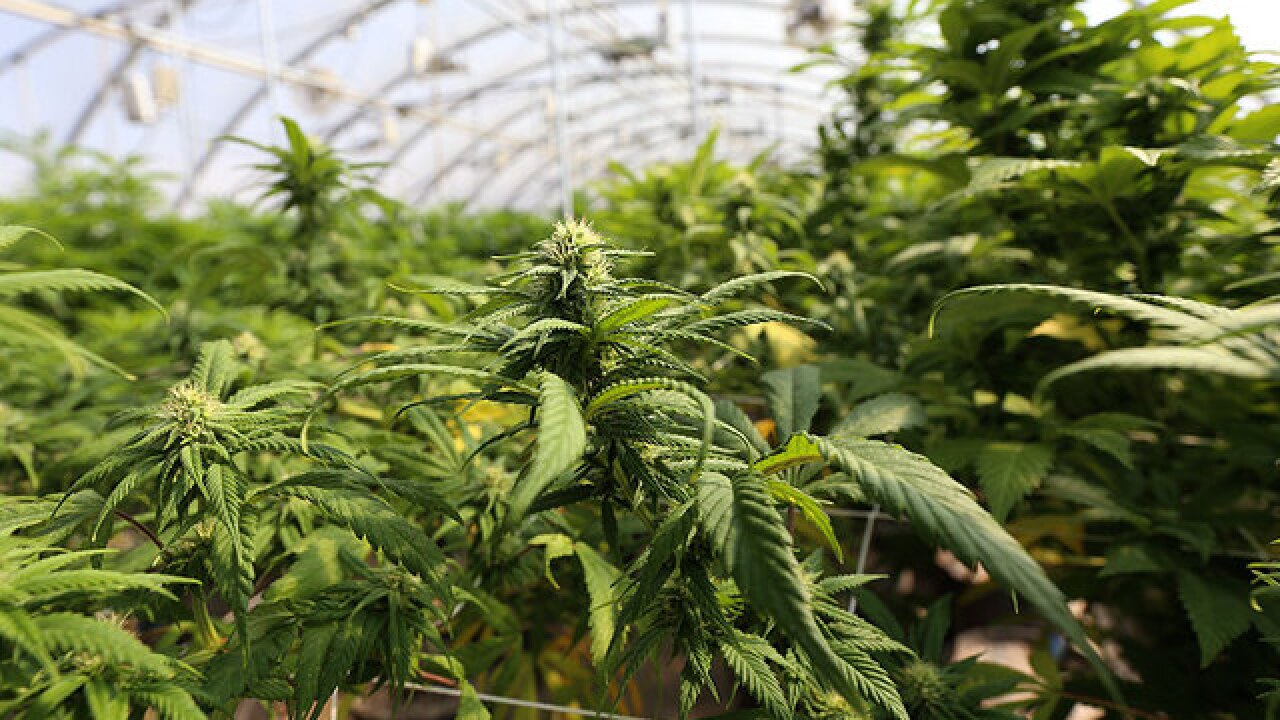 The state’s medical cannabis growers face a curious – and perhaps risky -- predicament: Where can they get their first seeds to launch their budding enterprises?

It’s a federal offense to bring in marijuana from other states. And, using marijuana sourced from illegal supplies already in the Buckeye state can carry its own risks, legal and otherwise.

“The underground market may not have totally reliable genetic material (for a medical program), and there is the inherent danger associated with the criminal element to consider,” said Morgan Fox, a spokesman with the Marijuana Policy Project, a D.C.-based nonprofit that researches and analyzes marijuana-related laws.

The conundrum – dubbed by some in the industry as the ‘first seed problem' and 'immaculate propagation’ – has surfaced in all of the nearly 30 states that have legal marijuana laws on the books.

Largely, regulators have taken a “look-the-other-way approach,” when it comes to where growers get their first seeds, Fox said. “It’s mostly a don’t ask, don’t tell situation.”

Only Pennsylvania has laws covering the issue – with rules requiring growers to get their initial seeds out of state. Seeds and clippings can be brought into grow facilities only during the first 30 days that a facility is declared operational.

In Ohio, the state is spending more than $6 million on a sophisticated system that regulators say will track every medical marijuana plant grown by state-licenses cultivators from seed to sale.

All but those first seeds, it appears.

There are no rules on the state’s books that regulate how cultivators can obtain their initial seedlings.

“Generally speaking, everyone stays very quiet,” said Chris Lindsey, a legislative analyst at the Marijuana Policy Project. “Regulators basically say, ‘We’ll start regulating this industry on a certain day, and when we do, if your business has cannabis growing, we’ll just be making sure your business meets the state’s guidelines – whatever they are.”

Risks and hurdles for cannabis growers

In Ohio, 24 companies have been awarded licenses to grow medical cannabis.

WCPO has reached out several of those businesses nd other applicants, but none agreed to talk on record about the issue.

For many of them, hundreds of thousands of dollars are on the line as they hustle to meet the state’s deadlines and regulations for running their new businesses.

Ohio has set some of the highest fees of any state that’s legalized medical marijuana. For large growers with operations up to at least 25,000 square feet, the initial application fee is $20,000, with a $180,000 annual licensing fee. Smaller growers -- those with operations 3,000 square feet and under -- must pay a $2,000 application fee and an $18,000 license fee annually.

Once a growing license is awarded, cultivators have nine months to get their operations up and running. The state is under a September 2018 deadline to have the full program in place.

Getting saddled by law enforcement for hauling legal marijuana products across state lines could not only put a grower’s investments at risk but also set back time-sensitive operations.

Experts say run-ins with the law for legit marijuana start-ups seeking seeds is rare, but not out of the question.

A legal battle is under way in Minnesota over an alleged  $500,000 shipment of marijuana-based oil by Vireo Health from a facility it legally operates in New York to another legit operation in Minnesota.

While the Minnesota case doesn’t involve seeds for a marijuana start-up, it underscores the complicated patchwork of state and federal laws the industry must carefully navigate.

“While traveling across state lines with a handful of seeds or receiving them in the mail would likely carry little risk, it could potentially involve federal law enforcement, who might not care about the purposes for which they were being transported,” Fox said.

In Blue Ash, Police Chief Paul Hartinger is already prepping for what he calls the “quirky” world of medical marijuana.

More than a year ago he began bringing in law enforcement consultants from the Colorado, where marijuana is legal for medical and recreational purposes, for local training programs.

“My goal is to get as much information out there as possible so our local agencies know what these new regulations are and how to apply them,” he said.

As Ohio continues to adopt new rules for its medical marijuana program, lots of unknowns are ahead for local law enforcement, said Hartinger, who also leads training programs for the Hamilton County Police Association.

“When our officers pull someone over with medical product, they need to know what to look for: the proper identification and proper paperwork,” he said. “Or, if someone is pulled over and suspected of driving impaired and under the influence of medical marijuana – our officers need to know what next steps to take. That’s all still being figured out.”