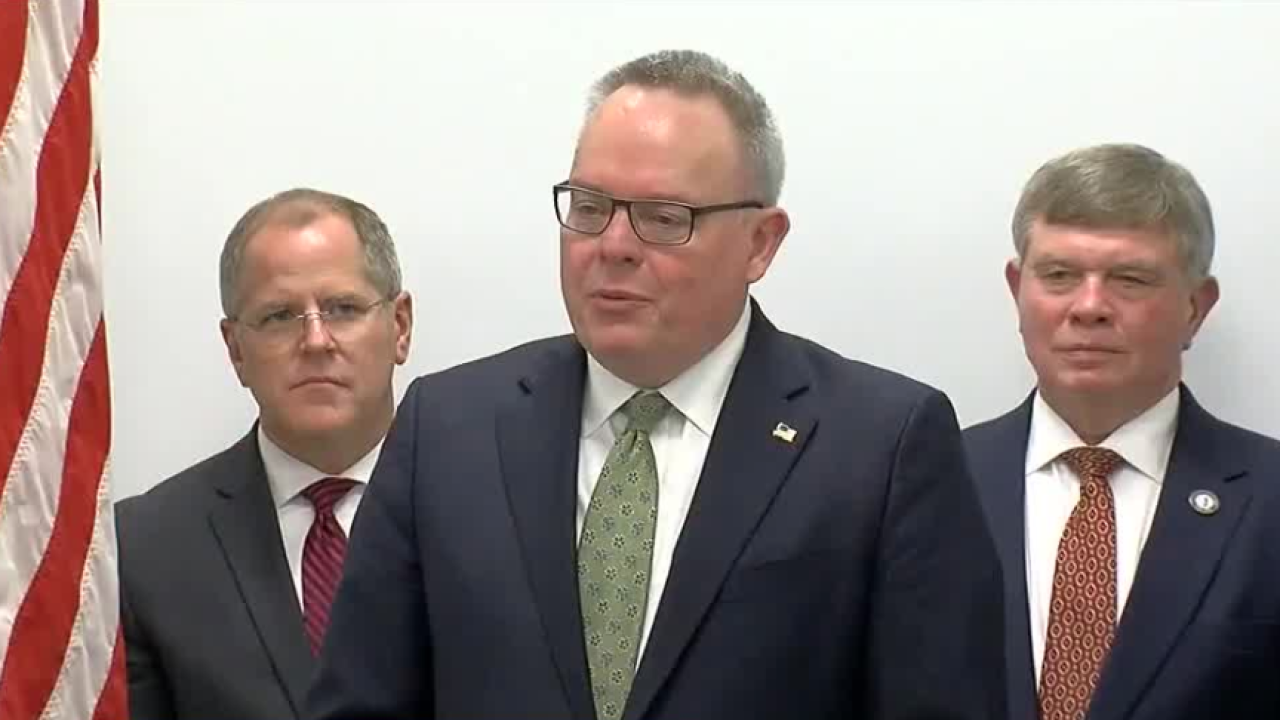 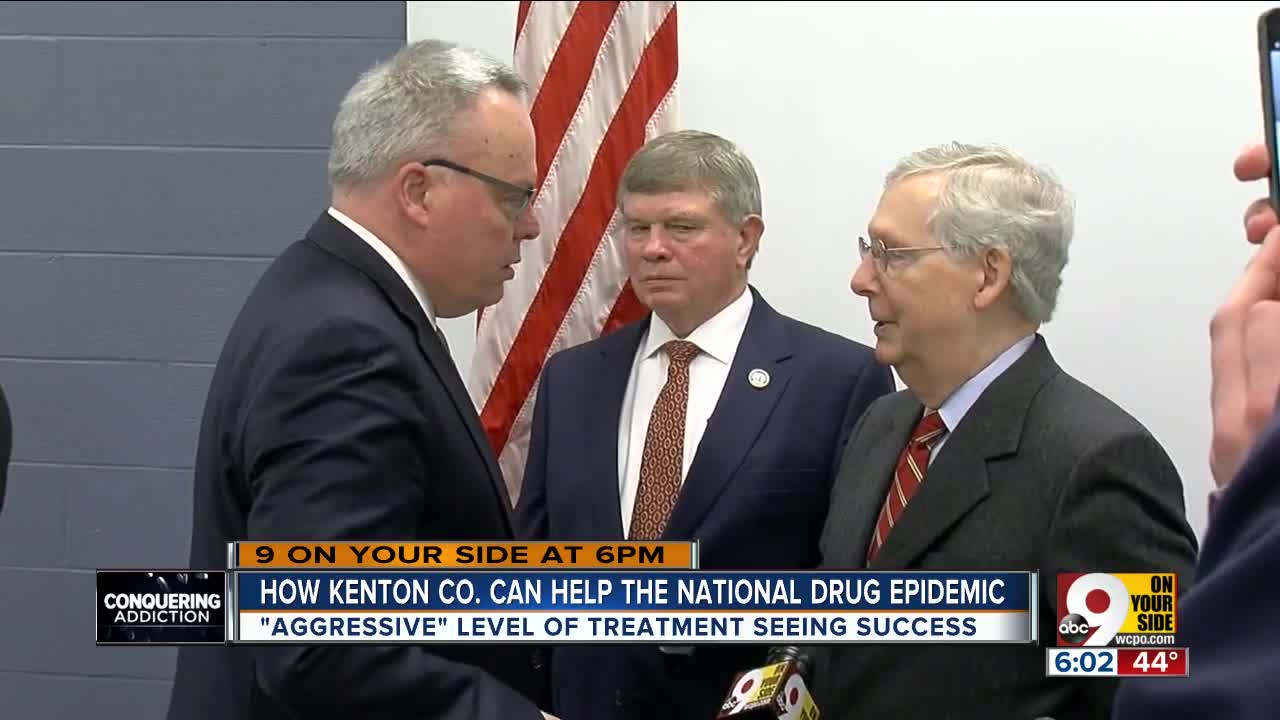 "The drug crisis is not unique," Carroll said. "What you're doing here in Kentucky really is, and it's a lot to be proud of."

McConnell said Carroll is the third drug czar to travel to Kentucky in the past few years, including two from the Obama administration.

"This area of our state is one of the highest intensity drug trafficking areas," McConnell said. "Of course, you all have been among the most innovative in the country in your various addiction and recovering efforts."

Kenton County has a first-in-the-nation program of jail-based treatment for inmates. Jason Merrick is the director of inmate addiction services at the jail. The program was launched in 2015, and he said statistics show some success.

"This is the most aggressive level of care that's out there," he said. "We're happy to provide it. It's not for everyone."

Merrick said officials noticed they weren't having the success they wanted to see, so they modified the program about a year-and-a-half ago and began using medication-assisted treatment for some of the incarcerated men and women.

He said that's "important for long-term recovery, specifically for people with opioid use disorders." It's helped increased their success rate significantly.

Carroll said many inmates he and McConnell encountered during their visit had jobs waiting for once they're released.

"That's key that once they come in, they get the job skills, life skills and treatment they need so this is a one-time visit for them," he said.